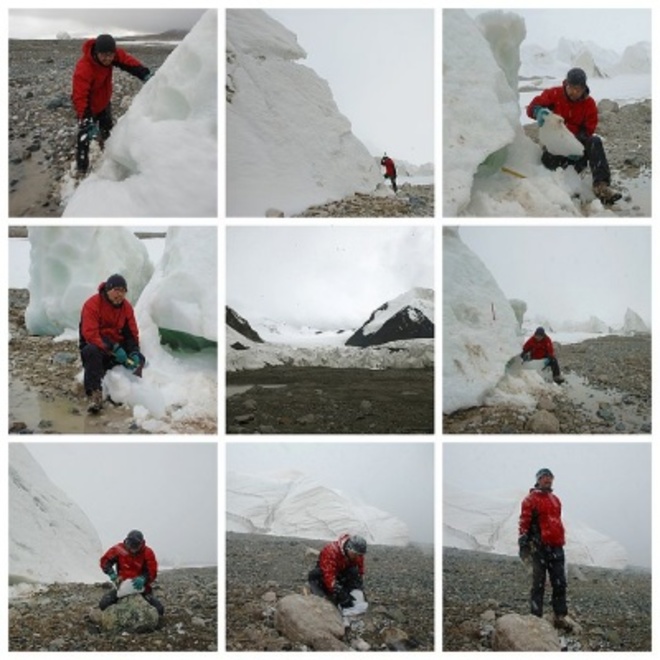 Independent curator Bao Dong is increasingly seen as the emerging face of critical art production and interpretation in Beijing, so it was met with some excitement when he announced that his latest exhibition project, Conception as Enzyme, would feature some two dozen artists of multiple generations and styles in an exploration of conceptual practice today. The list of artists included ranges from market stars like Xu Zhen’s MadeIn corporation to rising figures like Jiang Zhi and Zhang Liaoyuan, not to mention a host of even younger artists many critics have been tentatively observing recently, particularly Lu Zhengyuan, Yu Ji, and Zhou Bin. Although this group hardly exists as a collective of any kind, social and intellectual ties between many of the artists included have given rise to a rather fresh atmosphere in Chinese art circles over the past year or two, and Bao Dong has done much to contribute to the sense of critical discourse now in the air. Rarely, however, do these discussions, writings, and artist initiatives translate into enthralling exhibition practice on a larger scale, and this particular show in the southwestern regional hub of Chengdu proves no exception.

One of the major issues is the space itself--not physically, which was a rather palatable conglomeration of white cube galleries, wooden paneling, brick arches, and large windows split over several floors, but in terms of its social implications. This massive new development is, after all, located at an address on “Luxehills Boulevard,” and has quickly become the most professional and well-received art space in Chengdu--long known as an outpost of artist studio conglomerations with little commercial activity to speak of. Neo-conceptual art is here, once again, mobilized to participate in an activity of luxury branding.

The other core complaint related to the exhibition is its vocabulary. Bao Dong may already be one of the most theoretically sophisticated curators working in Beijing, but he has yet to work through a set of fundamental notions that includes several rather basic ideas that inform his practice in spite of more conscious work. This exhibition, for instance, is titled after the idea of “conception,” a term rarely found in the English art historical or critical literature outside of references to the immaculate. Reading into his own essays for the exhibition, however, it becomes evident that Bao actually refers to something more akin to the term concept, existing as a building block of the text-based conceptual art of the last half century. In the introductory text and in many of the works included, this concept is treated as if it were a proprietary discovery of this group of artists and curators, an obvious and dangerously self-aggrandizing falsehood.

Much of the work exhibited here is first-rate despite a number of such conceptual hang-ups. Man Yu and Ge Lei, two of the lesser-known artists invited, collaborate on a pair of ambiguous white sculptures that make reference to some of the more daunting political public art of the past twenty-five years while also playing with subtle inversions of form: the two pieces are virtually identical, but one calls to mind a torch while the other appears as an ice cream cone. Jiang Zhi brings one of his most solid works to date in the form of an invisible communication event, a multimedia mobile phone message that consists of the artist laconically apologizing to his audience. Many of the more established figures here show work that has premiered elsewhere over the past several years, including Zhao Zhao, MadeIn, Hu Xiangqian, Yu Bogong, and Shi Qing, but it is these works that fit the curatorial mandate most directly. Unfortunately, this conformity to theme is often rather weak: certainly, every piece on display involves a certain conceptual meme that circulates via intertextuality, but is this a mark of good curatorial work or simply immersion in a contemporary art world?

Some of the more surprising work comes from Zhou Bin, who is responsible for the revitalization of Chinese performance art in a way that desists from the sexuality- and brutality-oriented spectacles of the 1990s. He shows here documentation of a project for which he engaged in a new performance each day for 30 days, redefining performance over the course of a month and bringing theoretical motions like the gesture and endurance to bear on the objects with which the current art world is so enraptured. In one of the best such interventions, the artists finds a bent nail painted the same color as the wall, strips it of its painted exterior, and slowly chips away the head to create a new point. The only real dud comes courtesy of Jiang Peng, who creates on the wall a large-scale crossword puzzle demonstrating the interconnections and intersections between terms like “collector,” “curator,” “gallery,” and “museum.” Such naive and failed attempts at institutional critique are increasingly common with the growing critical atmosphere in Beijing and an accompanying tendency towards faux-criticality amongst artists seeking to climb the ranks; those truly interested in such questions must guard against piggybacking efforts like this one if they are to succeed in the long term.

(All images courtesy of A4 Gallery and the artists.)