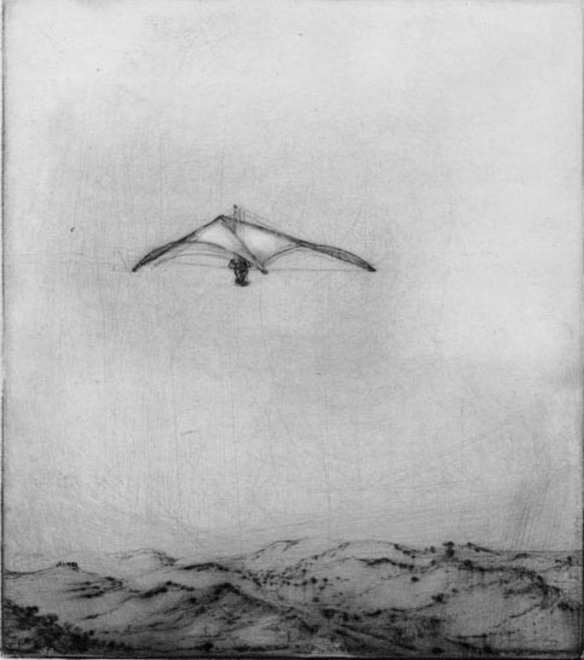 This summer the Rembrandt House Museum is staging a retrospective of the graphic work of Frans Pannekoek (b. 1937). His small drypoint prints of Dutch, Spanish and French landscapes, animals, subjects from nature, portraits and self-portraits are remarkable in their great intensity, expressed in the infinitely fine and beautifully nuanced handling of line. The tone, the chiaroscuro, are crucial in capturing space and mood. The writer Gerard Reve was a great admirer of Pannekoek, and a friend of his in the nineteen-sixties. Over the last fifty years Frans Pannekoek has built up an impressive graphic oeuvre that continues to grow. The exhibition in the Rembrandt House will show a selection from the Fondation Custodia Collection in Paris.

Pannekoek considers himself self-taught. His work stands alone in Dutch printmaking, and is regarded as both singular and highly accessible. Pannekoek learned etching from Jan Coenraad Nachenius (1890-1987) in Garderen and studied at the school of applied art in Amsterdam for about a year. Pannekoek looked upon the American abstract expressionist painter Alan Schmer (b. 1935) as his true teacher. Anton Heyboer (1924-2005) also influenced Pannekoek in his early years, particularly in the depiction of lines that run through the focal plane and through ‘those wonderful streaks in the ink’.

The drypoint prints by the Meester van het Amsterdamse Kabinet (c. 1470-1500) and the etchings of Hercules Segers (1589/90-after 1633), whose original work Pannekoek studied in the Rijksprentenkabinet in Amsterdam, were also important examples for him.

Segers’s influence can be seen in the earliest group of landscapes and marines from the early nineteen-sixties, with subtly granular shadow passages in aquatint. This is probably the type of work that Gerard Reve later described as ‘abstract expressionism: speckled clouds, mud, the universe in embryo, in any case something where you cannot see what it represents.’ Segers’s lively handling of line and space is most evident in Pannekoek’s Spanish landscapes from the late nineteen-sixties.
-
(Images: Frans Pannekoek, Hang-glider at Vejer, ca. 1974, Drypoint, 152 x 133 mm, Collection Frits Lugt, Fondation Custodia, Paris; Courtesy of the Artist and The Rembrandt House Museum)
Posted by Abhilasha Singh on 8/23/10
Tags: printmaking, marine landscape
RELATED ARTICLES

I am 23 Years Old and I Wear Glasses David Hockney
3/4/14
COMMENTS (0)
ArtSlant has shutdown. The website is currently running in a view-only mode to allow archiving of the content.