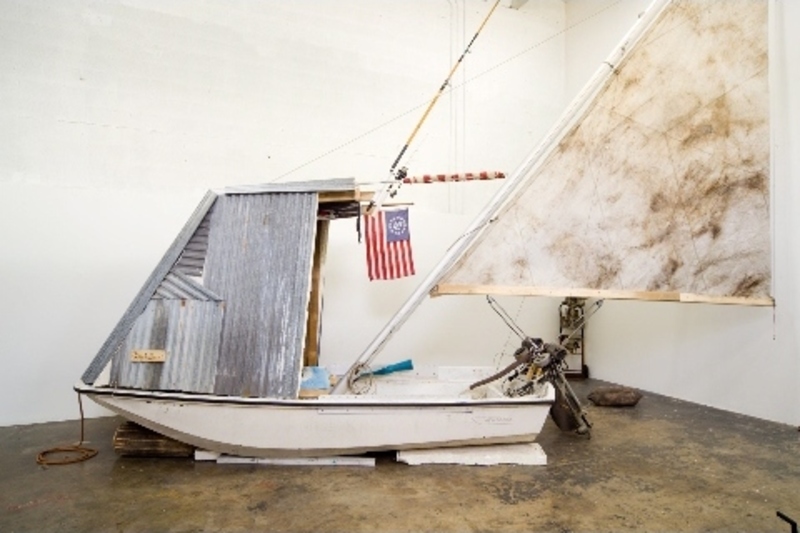 Become a Tourist in Weird Miami

During the 3rd Sundays of July, August and September the BFI will kick-off a series of monthly school-bus tours each led by 2 artists from Miami, taking tour-goers to unexpected locations around the city. Each location is selected by the artist-leaders, and will not be revealed ahead of time in order to keep riders in suspense. “We’ll load into the big yellow school bus and be completely at the artists’ mercy!” – Agatha Wara, BFI. The artists leading the tours are:

"Untitled (How the other half lives)" with Adler Guerrier

Be among the first to join the first ever BFI Weird Miami bus tour!

BRING: Plenty of water bring some money for lunch, and drinks

About the artist: Adler Guerrier lives and works in Miami, Florida. He received his BFA from the University of Florida/New World School of the Arts. Guerrier has been included in many groups exhibitions including the Whitney Biennial 2008, Conditions of Display at the Moore Space and at Locust Projects; 10 Floridians at Miami Art Central. He has had solo exhibitions at Miami Art Museum, Newman Popiashvili Gallery and at David Castillo Gallery. His works can be found in public collections such as the Museum of Contemporary Art, North Miami, and the Studio Museum in Harlem, NYC. His work has appeared in Art In America and the New York Times.

To Be Announced with Kevin Arrow & Clifton Childree

YOU MUST RESERVE YOUR BUS TICKET AHEAD OF TIME. Buses fill up fast.

Please send an email to info@basfisherinvitational.com with your name and contact info, the number of seats you would like to reserve (maximum of 2 seats per person) and the date of the tour you would like to join.

We will email you confirmation of your reservation and more details on your tour once we receive your email.

… and don’t forget to check out:

WEIRD MIAMI is the chance to ditch our jaded views of Miami and become "tourists in the ‘weird’ pockets in our own city.” - Adler Guerrier

There is a much more interesting -- sometimes dark -- and never boring side to Miami, one only known to the people who inhabit this town.  For any Miamian a typical day's experiences could range from strange to the swampy sublime.  Is there any such thing as "Flori-duh?"  It is only when one accepts the city in all its glorious weirdness that one can unearth the cracked and quirky gems that lie hidden within.

The artists behind the WEIRD MIAMI VISITORS CENTER at the BFI explore Miami’s more candid nooks and crannies through installations and multimedia projects. Alyse Emdur will return to her native Florida to create a new video in which she interviews a local TV weather-woman. On opening night Jason Hedges will treat visitors to a less-familiar fried delicacy through his food-based performance. WEIRD MIAMI BUS TOURS, led by Miami artists, will take the willing on treks though little-known establishments and environs within the city limits.

The artists, both Miamians and non-natives, consider their experiences with people they have come across, through mysterious topographies they have discovered, and objects they have excavated or exhumed, as a way to make sense of or share their unique findings.

Exhibition is free and open to the public.

Posted by ArtSlant Team on 8/3/10
RELATED ARTICLES
COMMENTS (0)
ArtSlant has shutdown. The website is currently running in a view-only mode to allow archiving of the content.