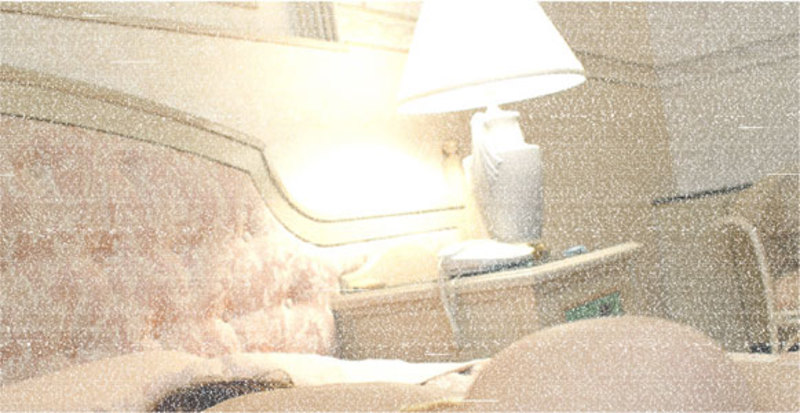 It was hard to not feel that the exhibition “Beds,” at ShangART, was just a lazy attempt to showcase a number of old works of 13 gallery artists done over the past 15 years.  While the putative theme of the show might have provided some unity of focus for the choice of works, it didn’t even attempt this feat and, to the contrary, the idea of “beds” never rose to the level of theme, yet alone, concept.

The lack of serious intention was announced immediately in the half-lucid (but far from imaginative) English statement of the shows intention:

And bed… the carrier of sleeping which feeds experience, feeling, and meditation just besides its fundamental function was turned into furniture (properly) with daily and personal complex…

Huh?  With this almost provocative inattention to detail, ones hopes were not raised high.  Still, the random pastiche of artworks could not entirely efface the individual merits of some of the individual works.  The distorted Baconesque faces of On the Pillow by photographer Yang Zhenzhong in 2000, riveted the eye, and conveyed a complex interplay of visual dystonic associations.  Were these maimed individuals finding peace in sleep or sleep induced contortions of unconscious alterity and alienation?

The fact that some dozens of Hu Yang’s photos were scrunched together in a small alcove did provide a kinesthetic dimension to these works, many of which themselves conveyed the rather claustrophobic parameters of the denizens of these bedroom photos.   It was the only room which itself would have accommodated a bed as an intimate object.  And intimacy, for the most part, was sorely lacking from the entire exhibition.  The photos and paintings conveyed a variety of moods regarding beds- Shi Yong’s cool, Hou Zixi’s ironic, Zhang Enli’s institutional-bland representations each had a place.  But the intimate dimension of beds was unaccounted for, not to mention the more explicit connection of beds to sex.  Perhaps appropriately, the most personal and gestural works in the show, the watercolors of Jin Weihong, seems disembodied and unsexed in spite of the spontaneity of their execution.

While a number of works were worth the walk through the gallery, this show was a wasted opportunity to explore a powerful theme, and one left the gallery neither titillated nor refreshed by the time spent between the sheets of a promising but ultimately disappointing show.