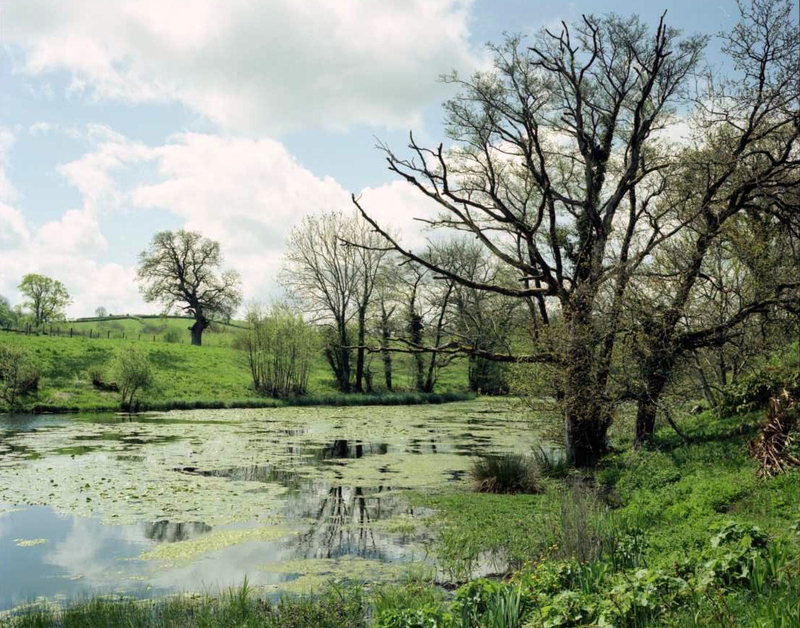 From The Abject To The Sublime (And Back Again)

Richard Billingham's touching and troubling photographs of his family were a runaway success as soon as they were exhibited in the mid-90s. They stood as a stark counterpoint to the glitzy, moneyed and London-centric world of Brit-art but also laid bare something about the complexities of Britishness expressed in  “brit art”.

The (mostly) new works on show at Anthony Reynolds speak of a typical family life less bleak  and perhaps less abject, but certainly no less beautiful than the one he captured in the 1990s. Turning his lens towards matters, both abroad and closer to home, Billingham has re-addressed his subjects of landscape, family and animals.

The works reminds one of the inseparability of the Abject and the Sublime – just as drivers slow down to see a car crash so they also slow down for a spectacular view. This seems to be the strength of Billingham’s curiously powerful imagery.  The images are disturbing yet, familiar and hold a curious fascination which one cannot quite place but is utterly compelling. The large landscape print “Spring” which hangs at the end of the first floor depicts a haywain-esque pond (perhaps not surprising considering much of the work is shot in Constable country). It is a commonplace, graspable and historically resonant scene but empty and sinister with it.

Billingham’s work is as quintessentially British as William Eggleston’s work is American. We recognise scenarios and motifs of everyday life because they pick up on the details, colours and locations we recognize from the patterns of our own life. This idea of work being both expansive and intimate is reflected by his choice of cameras – medium format, disposable, panoramic and high and low resolution. Billingham’s pictorial talent is considerable and one which will no doubt endure precisely because of its apparent modesty ad economy.

Posted by Mike Tuck on 4/25/10
RELATED ARTICLES
COMMENTS (0)
ArtSlant has shutdown. The website is currently running in a view-only mode to allow archiving of the content.