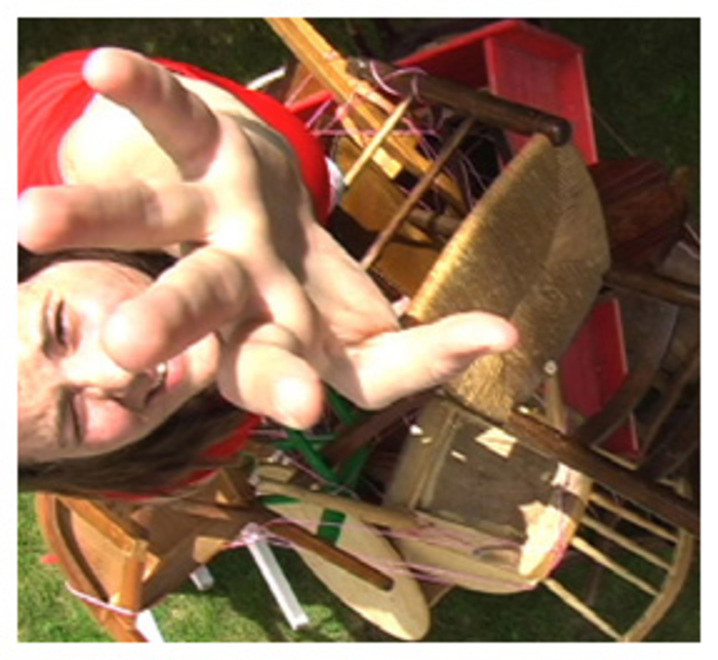 Portraiture, one of the most time honored practices in the history of art, may go in and out of vogue, but will never lose its place as an elemental expression of the human persona. Acting as one point of entry into an endless topic, Mirror, Mirror is simply a show that brings together a diverse variety of contemporary explorations of the portrait. By no means comprehensive (and not trying to be), this is a nice collection of works across genres that are tied together by their singular approaches to the human subject.

Notorious satirist William Powhida is also thinking about the soul in Cosmology Number 1, where the artist channels a bit of William Blake, presenting a mystical occult framework to further his critique of the art world. This large, meticulously drafted circular chart with calligraphic text and symbols, is illustrated with drawn heads of known artists, dealers, critics and curators. The chart of heads is sectioned off into Saints and Benefactors, Dominators, Rebels and Cynics, and Destroyers, all placed somewhere in the continuum of Lawful, Good, Chaotic and Evil.

Kate Gilmore turns the mockery on herself in the video Anything, where the artist is filmed from above in a red summer dress, on a grass –filled expanse while she exhaustively piles an eclectic array of chairs, one by one, precariously on top of each other, repeatedly wrapping them with a spool of yarn. With each new chair she makes an effort to climb to the teetering top, squinting into the camera, and ultimately straining attempting to reach out and touch it, or something beyond it, as a figure trapped within the screen, trying to break free.

The highlight of the exhibition is Ursula Endlicher’s Facebook Reenactments (Jessica Curry). A video exists alongside a digital print of dozens of photos taken from facebook of people who share the same name: Jessica Curry. In the video, the artist quite accurately reenacts each scene, attempting to reach the exact facial expression, pose, and mood of the original photo. It is hard to look away as she humorously and awkwardly contorts her face, shifts her body and makes eyes at the camera.