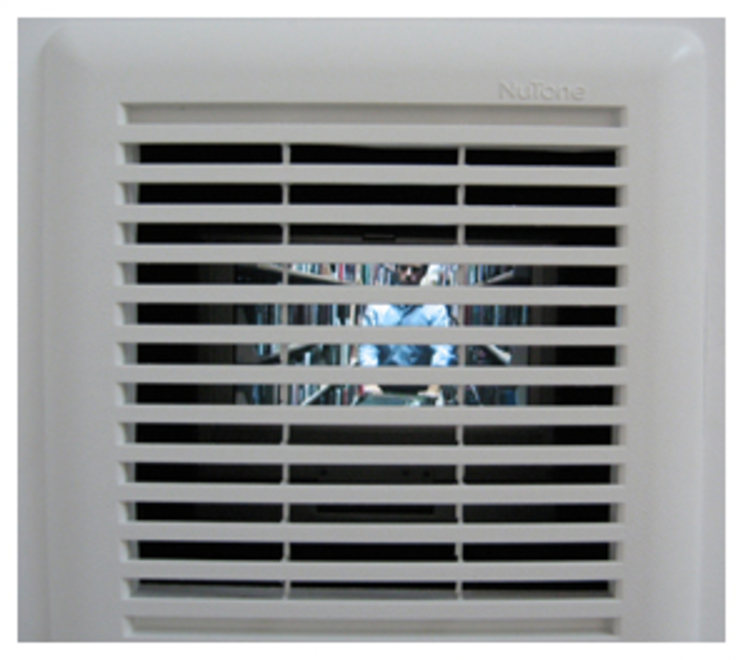 Ensconced in a tiny alcove space on the fifth floor of a Chelsea gallery building, Lawrence Mesich’s small but provocative exhibition At Work makes the visitor feel as if they’ve wandered into a closet. A series of white air duct grates lines the walls, inviting one to peer through the slats. Video footage of workers engaged in mundane daily rituals appears with startling intimacy. The viewer’s resulting sense of claustrophobic voyeurism is contradicted by the sight of employees trapped in ordinary routines, a librarian shuffling books through narrow stacks, a male receptionist seated behind a gargantuan desk flanked by potted plants. Two giant clocks on the wall behind him frozen at different times of day allude to the senseless passage of time. Staircases, cramped hallways and crowded bookshelves dwarf these hapless drones, trapping them in a cycle of bored familiarity.

Mesich writes: “The spaces depicted in the videos are at once foreign and familiar, reminding us of many different spaces while remaining essentially unplaceable. The behaviors depicted, the repetitive and unconscious actions that occur in the ‘down time’ of a work day, are similarly familiar and alienating."  While diminutive in scale, At Work tackles larger issues such as corporate dominance of American life, video surveillance in the workplace, cultural alienation and the plight of the middle class. These “Waiting for Godot” interiors seem incredibly apt during an era of economic insecurity and underemployment.

Mesich’s deceptively simple installations bring to mind the everyday street scenes sweeping across the screens in Chantel Akerman’s 1993 installation, From The East, the mysterious elevator stopping between floors in Being John Malkovich, the daily rituals performed by Marina Abramovich in constructed rooms at Sean Kelly in 2002 and the hypnotized actors in Werner Herzog’s Heart of Glass. While exploring “the dynamic relationships between bodies, behavior and the built environment,” At Work puts forth a complex and futuristic vision of the ordinary workplace that is both alienating and disturbingly familiar, presenting encapsulated workers in their cages as if they were animals at the zoo. The resulting commentary on 21st century life is both compassionate and chilling.

Also on view in the second room of this tiny non-profit educational art space: Toby Milman and Tirtza Even: Palestine Revisited, Linda Post: Approach and Imaging the Apple, a group exhibition curated by John R. Neeson and Elizabeth Gower.