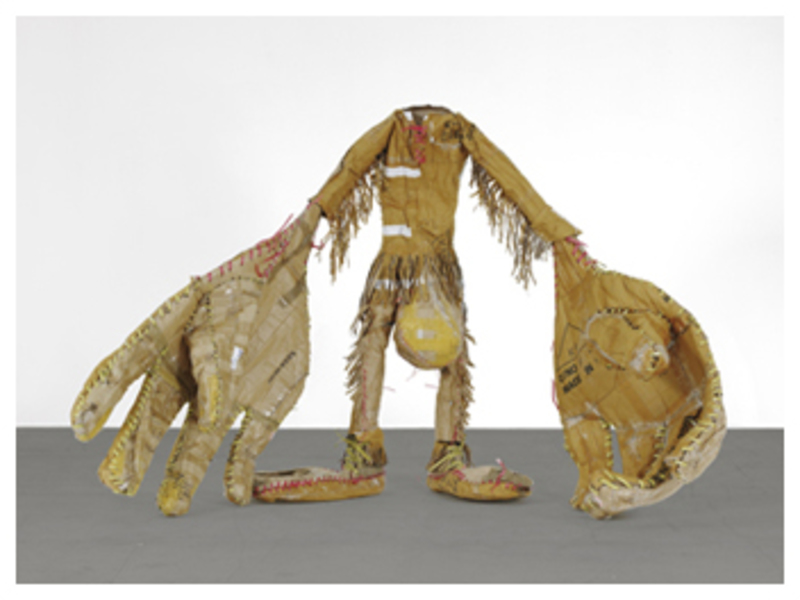 The Art World According to Shaq

It may be obvious that curators in the art world would appear pretty ridiculous even attempting to moonlight as professional basketball players, but the reverse, it turns out, is not true: professional basketball players can, in fact, moonlight as curators. The Flag Art Foundation is responsible for revealing this perplexity, and the show Size DOES Matter, curated by Cleveland Cavalier Shaquille O’Neal, proves that pro-ball players do not play the curation game like curators do.

This is the first time Shaq has played such a position, and he’s packed his roster with art world heavyweights from Elizabeth Peyton and Jeff Koons to Cindy Sherman and Chuck Close. Shaq’s gone with the salon-style aesthetic, which enables him to create the sense of elephants in an elevator. Not only are many of these works by “big” artists, but most are physically enormous. Or they’re absurdly tiny, like Willard Wigan’s Obama Family: Victory Night, a mixed media depiction of our nation’s first family that fits inside the eye of a needle. Either way, there is no unused space in the two-story gallery.

The beauty of this enterprise is that it highlights one of the fundamental glories of the art world, that there are standards, but no rules. As a result things can be done poorly, but they can’t be done wrong. It’s almost as if Shaq has taken a cue from the British art star Damien Hirst (oddly absent from Shaq’s mix) going for a quantifiable success rather than a qualitative one. Size does matter and more is better—it could be the new American motto if we could get an athlete or even another actor in the president’s position.

If Shaq’s show seems like a superficial bid for attention, a name dropper’s delight founded on the shallow premise of size over talent or imagination, there is another caveat to consider. James Frey, the author who is as famous for his lies as he is for his sentences, wrote the catalogue essay. The connection? Well, Frey is also from Cleveland, plus he’s buddies with Hirst and Richard Prince—who could be more suitable?

At the end of the day I’m all for blending high-level athletics with equally high-brow art and I wish it happened more often. It’s a cross-pollination of two cultural delights, which we—the public—are keenly aware of and are willing to pay top dollar to enjoy. While the results may be grotesque—imagine a basketball game modified by an artist, or a curator playing an artist—some monstrosities can be down right delicious.