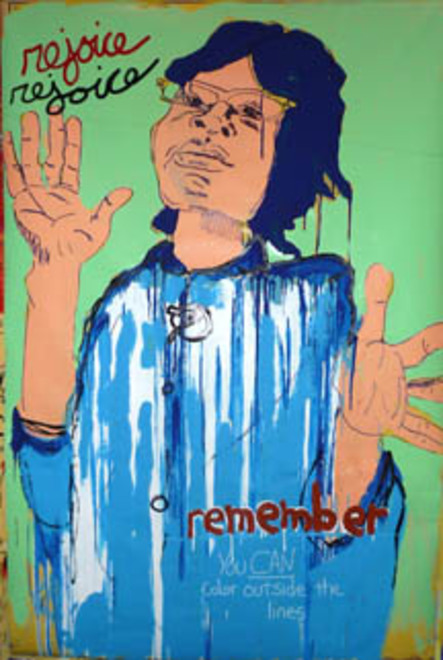 for the opening reception of
If, Then Maybe...
featuring new works by
Tim Kerr
Russ Pope
Mathew Rodriguez
& Michael Sieben
Three fellows from Austin, Texas
and a gent from Southern California

** In Addition, there will be an olde-time musical
performance by Tim Kerr, Eric Landmark and others! **