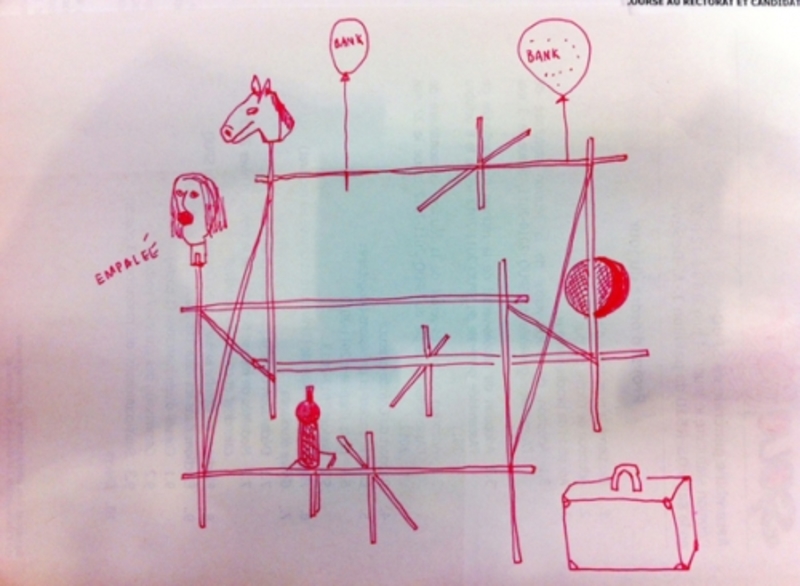 While most Berlin galleries are closed for the last month of summer, the ones that stay open have different ways of dealing with August’s meandering energy. Berlin isn’t exactly lazy in the summer, it’s just that the city can feel buoyed by momentum rather than ambition. September Gallery’s current show -- which ends on September first -- resists the lull. The exhibition creates an autonomous, luminous vitality that feels like an extra month of sun, an Indian summer.

Canadian artist Cynthia Girard and Swedish artist Pontus Lindvall pulled together a charming and cohesive group show at September. Lush and warm, the room invites one to sit down in the room and stay there -- maybe bring a novel to read in the corner, or a friend to talk with. Girard and Lindvall invited five artist friends to contribute to the exhibition, and the placement of the work in the space is conversational. Girard built a literal and conceptual framework for the space, a scaffolding structure from colored plywood beams surrounding the gallery’s central column that serves as a focal point and support structure for works resting on, in, and around it. This framework, however, allows wandering interpretation and leisurely movement around the stationed works. No assignments have been made. 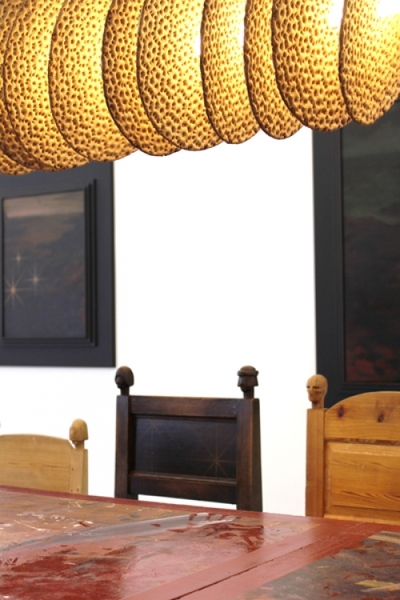 The second primary organizing factor in the space is illumination: the lighting in the gallery is meticulously considered. Lindvall’s Cat Lamp, Lamp, Lamps, and Oil Lamp provide warm glows that contribute to the show’s distinctive northern-lights feel, a certain staying-awake-late nostalgia or muted melancholy. Lindvall’s works are lavish, dark, baroque, hand-painted pieces of furniture, but instead of seeming somber or gloomy like they might in a solitary setting, they are quietly welcoming in conjunction with the lighter works around them. Both of Girard’s hanging mobiles (Erotic Scenes and Birds and The Witness) delicately shift the shadows in the room. Bjorn Perborg’s Nesting Box, a small birdhouse with a video of a crying man looping inside its peephole, and James Greenaway’s video projection Head but also add subtle sounds and movement.

Standing in September, one has the re-realization that gallery shows aren’t usually places you want to sit and hang out in forever -- not because the work itself is abrasive, but because the work is presented as starkly separate from its unaltered, unconsidered surroundings. The gallery is designed as a place to go see something, rather than a place to be somewhere. The site-specific installation provided a way to conceive of the gallery “experience” by creating an immersive environment of it, often denying its existence as a gallery at all. But Girard and Lindvall’s show is at once a curatorial amalgamation of disparate pieces by different authors and an autonomous installation designed precisely for the space. Most of the works in this show are transplanted to the gallery, not created for it, and yet their combination is greater than the sum of its parts. The success of this effort moots the eternal curatorial question about whether placement and arrangement are artistic activities. 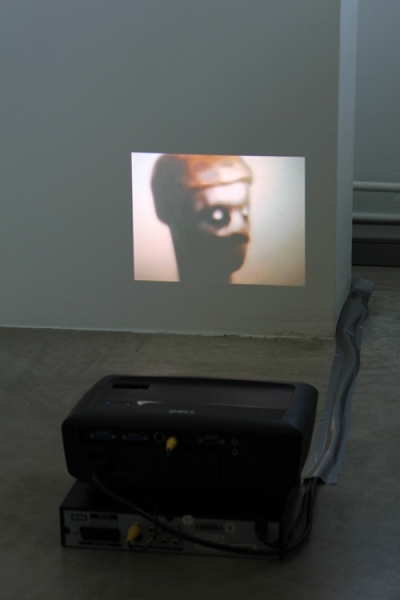 One common descriptor applied to most of the artists featured in the show is “naive.” They are easily described as a group who foray into design and craft. Lindvall’s furniture is ostensibly functional; Girard’s paintings are amateur in technique. Works by all the artists allude to the quotidian craft, as well as to folklore, mythology, and superstition. Yet unlike most artists that tout innocence as a defining feature, theirs is a lack of affect, not a lack of awareness. It requires a certain kind of intelligence and sensitivity to make such work. This is work that doesn’t anticipate its own criticism, yet doesn’t deny the critical and artistic framework within which it exists.