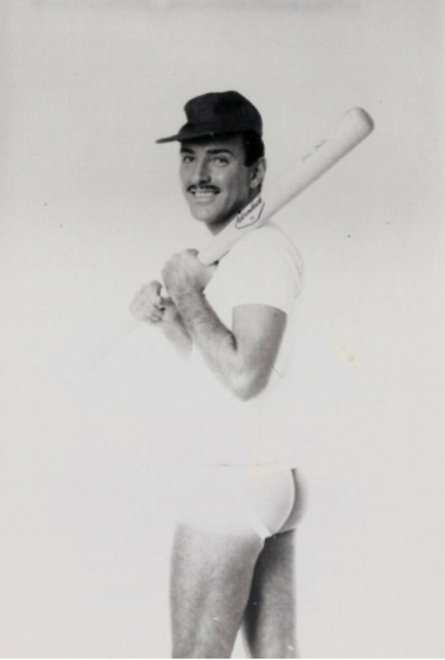 Do Not Upstage Professor Battcock

“The Gregory Battcock Archive” seems simple enough, a presentation of documents from the late historian’s papers and effects. At first, it almost seems that artist Joseph Grigely has ceded his own exhibition to the scholarly presentation of the work of a historian and critic. This is the case, but what is experienced is more than the fruits of research. This kind of art can be off-putting or disinteresting to many. But I would hazard to say this is the type of experimentation and investigation that is at the forefront of artistic practice.

Often “art about art” is criticized as though it is a unique and abhorrent folly within a field that as already elite and closed enough. This makes no sense, though. There are countless TV shows about television and movies about movies. Self-criticism is the modus operandi for all aspects of culture today. And besides, if the art world is already a relatively small sphere filled with self-selecting individuals, why not speak to our collective interests?

Viewing this exhibition as just “art about art” somewhat misses the point, as does reading the show simply as a portrait of a man. It is those things, but it is also an investigation into the presentation of things, of detritus. It’s institutional critique but not in the “this is what’s wrong with the institution” way. If anything, Grigely points out the immense value in old school museography. Sometimes the best way to learn, and to communicate, is with the simplest and plainest means possible: display cases and note cards.

The cases, each made of various woods, from mahogany to quarter-sawn oak, are sculptures in their own right. These beautiful objects first give the impression of mismatched old bookcases. They work together aesthetically though, and are arranged somewhat into a labyrinth. They also fit the time period, 1960s – 1970s. But they seem a little too perfect and appropriate to be randomly acquired, and indeed, they were specially made for the show.

“The Gregory Battcock Archive” is all about the little details. I find it interesting that the work of Grigely is quite literally work: culling through a mass of documents and ephemera, carefully presenting items in special cases and penning informational cards and labels for each exhibit. This stems from Grigely’s interest in what he terms “exhibition prosthetics,” all the items around art that go into presenting it, particularly the textual ones. This, by the way, is also the title and subject of a forthcoming publication by the artist with Hans Ulrich Obrist and Zak Kyes.

This frame of mind provides us with another way to look at this exhibition. And it also problematizes authorship. This is Grigely’s show, but Gregory Battcock wrote much of what is seen, and indeed collected it all. He lived the life, from the wonderfully uber-masculine/homoerotic staged photos as a baseball player in a jock strap (see top image) to the correspondences and collaborations with Nam June Paik and Charlotte Moorman. All play their part. But the selection is key, especially now as our information culture grows increasingly ravenous for quantities and immediacy of data with little regard for its meaning or application. It is important that there are people doing work to actually make sense of it.

Each case is a perfectly organized and themed vignette. An issue of October paired with Battcock’s experimental, three issue magazine, Trylon & Perisphere is brought together by Grigely’s explanatory texts; he notes: “October issue No 1 was the only issue found among Battcock's papers; it appears unread.” Trylon & Perisphere with the mission statement, “The only alternative to the art establishment” is about as far away from the dowdy October crew as one can get. Grigely points out, “It’s hard to describe the magazine, except to say that it characterizes Battcock’s profound and perverse predilections: it’s filled with gossip about the artworld (a genre LA’s Coagula would reinvent in the 1990s), and as much as the prose is unflattering the photographs are too. Battcock also made a significant political gesture by packaging the magazine in an unsubtle queer framework.”

In one we see correspondences with Paik, particularly beautiful are a series of postcards the artist sent. One reads, “The Video Silk Road/video is as HARD, as long as Silk Road/HA HA HA PAIK,” another, “Moon is oldest TV Set/ PAIK” and finally “Sun Set – TV Set = PAIK.” In another case is a sober assessment of the emptiness of the art world.  It is presented as a thorough list, the “moral” of a novel Battcock was working on at the time of his murder. Near it is a letter of complaint, a sober assessment of the Cathedral Station Post Office sent to the Postmaster.

It is not just the endless supply of excellent prose from Battcock and his correspondents, the exhibition also displays Grigely’s ability to select arrange and contextualize. There is a correlation here with the artist’s use of notes scrawled during conversations in previous artworks.

What makes the project so successful is how one can easily move between all these reads—the gesture of art about art, the investigation into exhibition strategies, an intimate examination of life in the art world, an historic archive and back again. This, I would argue, is the “work” on view.