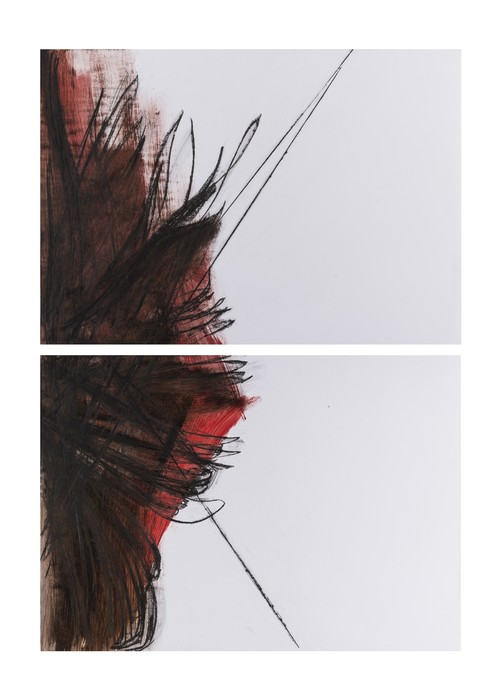 The Garden of Signs 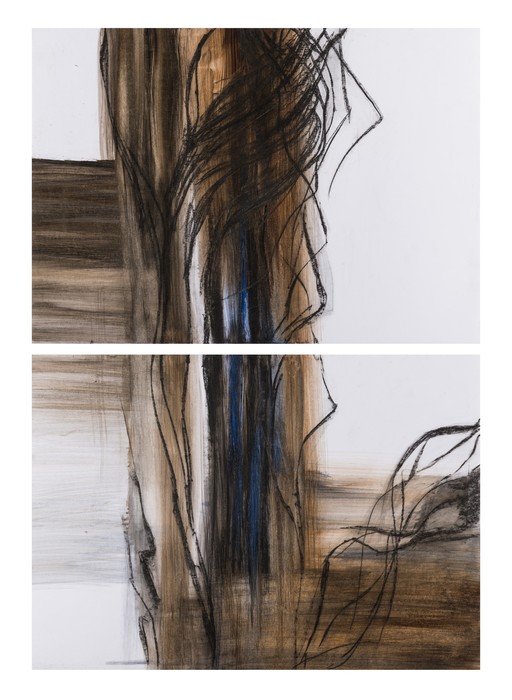 Copyrights Angela Corti, In the Blue Woods, Beech Trees, and Flowers of Hyacinth,

A lifelong fascination withpainting, sculpture, installation shapes the work of Angela Corti. The artworks The Red Poppy and In the Blue Woods, Beech Trees, and Flowers of Hyacinth, of the collection The Garden of Signs,  were selected to show at Nina Torres Fine Art in Miami.

Nina Torres Fine Art is a brand new 8,000 square feet gallery space across the street of Margaret Pace Park, located at 1800 North Bayshore Drive, in a high-rise building adorned with fountains and with breathtaking views of Biscayne Bay, Miami Beach and the Port of Miami. The juried, contemporary exhibition is featuring an international slate of emerging artists.

In reviewing her artistic concepts, the Italian based artist explains the meaning behind her series: “Each artwork is composed by a painting and a music dedicated to a flower, represented in abstract form, with a structure made of gestures and signs that give depth to the shapes. The natural elements reappear in all of my artworks, from the sculptures to which I am attracted by their signs, the veins, the color variations, the alternation of row and smooth surfaces – according to the engraving techniques, embossing and drypoint as well as to the paintings where the same steel wires, which are present in the sculptures and signs in the engraving, are found in the form of hard, soft and shaded signs obtained from graphite on paper, signs that close shapes of color.”

In regards to the music compositions Angela Corti mentions:” The music compositions linked to the paintings in the collection The Garden of Signs are created by the musician and composer Rosolino Di Salvo. His music is open and experimental and his sounds are minimalist and impressionistic. Di Salvo’s sounds resemble as abstract strokes capable of turning into landscapes, flowing sometimes slow, sometimes fast, to take us elsewhere. Since a few years I am working with Rosolino Di Salvo together. We joined several exciting artistic events including the exhibition Unexplored Universes in Agrigento (Italy) inspired by the music Colors and the exhibition Waves of Stone in the Sforza Castle in Soncino (Italy), an experimental research, as a union of land and water, music and sculpture. In the exhibition The Wind of the Desert at the Biennale in Dubai the music of Arab influence blends with the white Carrara marble sculpture inspired by a harp.”

Angela Corti was born in Brescia (Italy) and graduated in Painting at the Academy of Fine Arts Brera in Milan (2003). After taking instructions by her lecturers Giuseppe Maraniello, Davide Boriani, Paolo Minoli and Luce Delhove, she finally improved the techniques of engraving in Luigi Corsini’s studio, and of sculpture at the school Vantini in Rezzato (Italy). Angela Corti also studied Foreign Languages at the Catholic University of Brescia. In 2004 she founded the Cultural Artistic Association Daphne, which organizes events and diverse cultural activities.

Angela Corti has exhibited in various exhibitions in Italy and abroad, among them the Art Biennial Dubai (2014), Miniartextil Como in Italy and Montrouge in France (2013), Gallery Garage No. 3 Venice in Italy (2012), Siena Art Institute in Italy (2011), Italian Institute of Culture London in UK (2009), Yokosuka Gallery in Japan (2004), Italian Institute of Culture of Krakov in Poland, Barcelon in Spain, Bucarest in Romania, Lubiana Gallery Kud France Preseren (2004), National Museum of Science and Technology Milan in Italy (2003).

Rosolino Di Salvo was born in Pforzheim (Germany) and subsequently moved to Sicily (Italy). He began his studies with the composer and songwriter Massimo Melodia. In the meantime, he graduated in Architecture and then in Guitar at the Conservatorio V. Bellini in Palermo. He was later admitted to the class of composition.

He published his music with Bèrben Edizioni,  Colors , 7 Preludes for Guitar , Light, The Drift of the Senses, The Night of Penelope and Triptych of the Land and Sea. His music has been played in concert by many international musicians, including Giulio Tampalini, Giorgio Mirto, Carlos Bonell, Flavio Cucchi, Claudio Piastra, Giacomo Bigoni. In addition his music has been recorded in the CDs Nocturnes for Guitar by Giorgio Mirto - Brilliant Classics (Netherlands); Colors by Giuseppe Spalletta (Italy) and Take Time by Giacomo Bigoni - 3Sixty Studios in Fulham (London UK).

At Nina Torres Fine Art Angela Corti presents a self-reflective and autobiographical approach to her artistic practice.  Placing the process of painting and music, she attempts to examine her concept to focus the relationship between color, form, space and music. In The Garden of Signs  the viewer is taken into the illusion of a landscape. What appears to be a color, shape and form, is in fact a deeply study of painting. The brushstrokes are highlighted and emphasized in order to question its role in contemporary art. Painting and music become an organic whole to  focus the essence of  nature – and the exploration of the space between illusion and figuration.

In 2002 she earned her PhD from University of Kiel with a Dissertation on Modern Sculpture: “Sources of Inspiration.The Meaning of Nature in Henry Moore´s Late Work.” The art historian and art critic has written widely on modern and contemporary art. Her essays have been featured in monographs, exhibition catalogues, e-zines, journals and the online editorial department of Goethe Institute Inter Nationes.