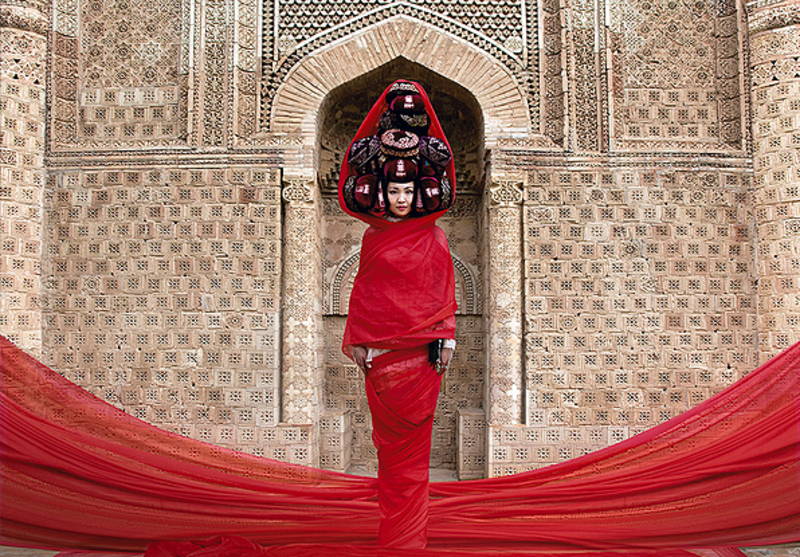 Kazakhstan is caught between worlds. A prominent part of Alexander the Great’s Hellenistic Empire, the territory served as a middle ground between east and west—a crossroads where traders, warlords, and conquerors projected their will, forever altering the landscape and people of the region. Most recently the 60-year Soviet occupation, which ended in 1991, left an indelible mark on the Central Asian nation.

Kazakh video artist Almagul Menlibayeva unpacks the mixed cultural and political history, and the aftereffects, of that brutal period. Her first US solo show My Silk Road to You, currently on view at Art Lexïng in Miami, Florida, brings together a series of still images from an eponymous video work, meant to interrogate the harsh policies that left her homeland ravaged and discarded by the wayside. Though taken from a video project, the images on display stand on their own. 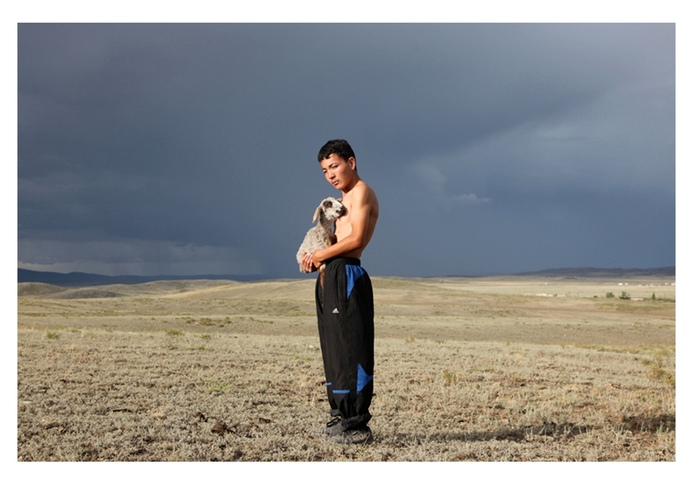 Extending from the Caspian Sea in the west to the Aral Mountains in the east, Kazakhstan once served as a trade hub for nomadic Persian and Turan tribes. Later, as a stop on the Northern Silk Road, the region flourished with an influx of commerce, and these centuries of exchange bore a vibrant cultural life. That was all quickly squashed as more than a half century of central planning from its Soviet overlord, who promoted industrialization and societal uniformity, took hold.

After the fall of the Iron Curtain the country’s industry collapsed and the society was left in limbo. Coming of age in that milieu, Menlibayeva witnessed the crippling effects firsthand. In her native region of Transoxiana the environmental consequences were particularly pernicious. After most of its water was funneled to Russian factories, the once verdant landscape was left barren and its nomadic tribal people out in the cold. Menlibayeva addressed these concerns in her film, Transoxiana Dreams, screened at MoMA PS1 in 2013. The narrative tells the fantastical story of a young fisherman’s daughter experiencing the cataclysmic outcomes of environmental devastation. 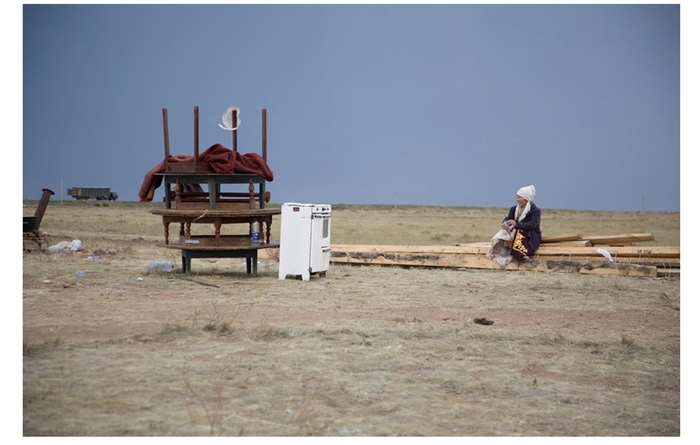 In My Silk Road to You, the artist celebrates the multifarious roots of Kazakh culture. Shamanism, Islam, and mythic symbolism all blend together along with images of brightly colored silk prints and costumes, vestiges of a heritage strictly repressed by the Soviets. The body of work is less an indictment than a celebration of tradition. “The indigenous Kazakh people are becoming their own after 80 years of Soviet domination and cultural genocide,” the artist says.

The desolate landscape that serves as the backdrop for most of her still photography is a haunting reminder of ravages of the last century. Yet, the striking figures she places front and center are a testament to the possibilities of the future. These models aren’t victims of the overwhelming adversity they face, they’re stalwart in their heritage, finding strength in a newfound cultural freedom. 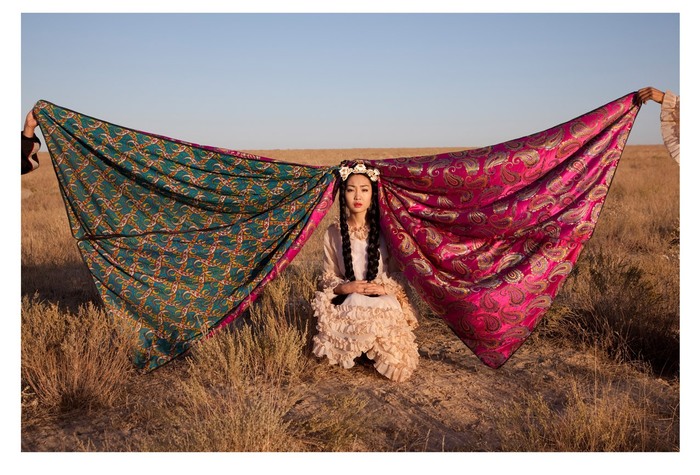 The images are also delicate and beautiful. Standing in contrast to the harsh realities of the region, Menlibayeva chooses fantasy to tell her story. Centaurs, warlocks, and other beings mix with the documentary footage of the region. Blending these elements together is more than just an artistic flourish; it is as if her construction of a vivid imaginary world filled with otherworldly beings is a defense mechanism, permanently shielding the victims from the cruel truth of their existence.

Menlibayeva is reaching back to extract the most salient aspects of her nation’s past, long obscured by outside forces, to construct a new image of modern day Kazakhstan. Major European artists at the end of the nineteenth century were also interested in constructing cultural archetypes in response to growing nationalist trends. Menlibayeva is similarly digging through years of repression to find and visually represent the true essence of her homeland.

Yet, her use of literal fantasy mixed with documentary footage suggests that it’s all for naught. Despite an artist’s best attempts at rendering the true substance of a nation, any attempt will fall short of actual truth. In place of trying to objectively depict Kazakhstan, she prefers the fantastical imagery that’s endemic to the nation within her own consciousness.

(All images: Almagul Menlibayeva, Photographs from the series My Silk Road to You. Courtesy of the artist and ART LEXÏNG, Miami)

Under the Radar: Gabrielle Shannon | Cherree Mallette | Patrice Stanley
11/29/18
COMMENTS (0)
ArtSlant has shutdown. The website is currently running in a view-only mode to allow archiving of the content.