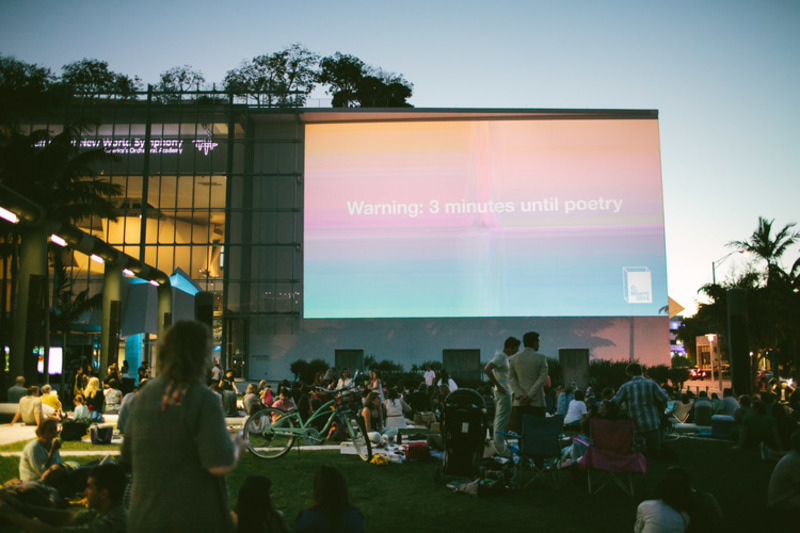 Like other industries, the art world should come under the scrutiny of fair and equitable business practices. With so much privatization in the gallery and museum world, it's as good a time as any for consumers of culture to question where funds come from—and where profits are going. We've been seeking out the best not-for-profit and community conscious art spaces in the most commercial cities on the global art circuit. As part of our mission to give art a social slant, the next stop in our series exploring these venues is Miami. Check out our non-profit guides to spaces in Berlin, Los Angeles, New York City, San Francisco, and London.

Miami is a decidedly for-profit city. Like most international urban hubs, the Magic City is governed by a financial logic that focuses on speculative real estate and models of gentrification. Aware of this, and often with the support of some top players belonging to this system, Miami's cultural milieu has developed a healthy network of non-profit organizations that serve as activators of community development through art, literature, and music. Though minuscule in comparison to the for-profit actors operating in Miami's socioeconomic ecosystem, many non-profits have developed sustainable, scalable cultural products and events—bringing more and more of these humanities to greater numbers of people throughout the sprawling Miami-Dade County. 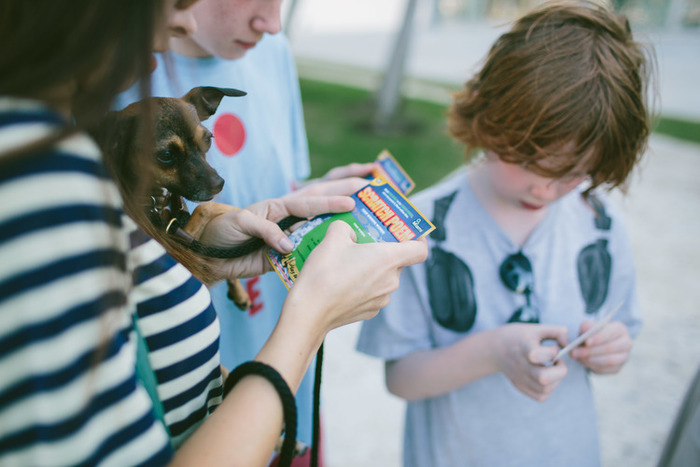 An organization whose credo is the advancement of literary culture in Miami-Dade County, no other non-profit has stretched the reach of poetry and poetic occurrence more than O, Miami. Originally a fake university, and perhaps still partly a fake university, the organization programs a visiting writer series, a yearly poetry festival, and many other community engagements that, if not totally based on text, then are highly resolved around the idea of it.

Besides open-to-the-public readings and lectures with poet laureates at The Betsy hotel on Ocean Drive, and big events with the likes of Richard Blanco, O, Miami produces artistic and performative engagements, such as the collaboration between artist Agustina Woodgate and poet Mary Ruefle wherein poems were embedded into scratch-off lotto tickets. There were also the poems in gold leaf applied to urinals all over Miami by artist Ian Thomas. Before O, Miami, Miami wasn’t known to the outside world as a highly literate and literary place, but their approach to the written, spoken, and aestheticized word has changed that.

In 2001, when the Everglades Restoration Bill was passed, the Artists in Residence in the Everglades (AIRIE) program was born. An idea developed by artist Donna Marxer and done in collaboration with the Everglades National Park, AIRIE is the only non-profit organization that brings artists, writers, and musicians to this most unique ecosystem. Being the only wild subtropical area in the United States, the Everglades is a massively important ecosystem, especially in this era of the anthropocene.

So far over 90 fellows have participated in the program, each developing work based on a month-long stay in the park. Painters, poets, and sound artists from South Florida and across the country go to the park and conduct field observations of the sawgrass, pine forests, and hardwood hammocks—then create work about it. AIRIE provides lodging and the opportunity to meet with park rangers to learn about the landscapes, wildlife, and human management of the system, and has resulted in many works that provide a critical perspective on the Everglades.

A Cannonball lecture on how copyright laws can protect public art

Originally started as LegalArt in 2003, this nonprofit aimed to provide legal services for artists and programs meant to help them develop their work as a profession. At first nomadic with their services and programming, in 2010 LegalArt settled in a building on the edge of downtown, and in 2012 the organization rebranded and refocused, and renamed themselves as Cannonball.

Today, Cannonball not only provides these professional development services for artists of all stripes, but also provides some of the best critically minded programming in Miami. They were one of the first to have a formal live/work residency program, which brings countless artists from around the country to Miami. Cannonball also developed a cutting edge public alternative school called r.a.d (research.art.dialogue) and provides re-granting of funds from the Andy Warhol Foundation via their Wavemaker Grants. As a cultural non-profit, Cannonball does much in generating communal dialogue around ideas of cultural production and urban space. 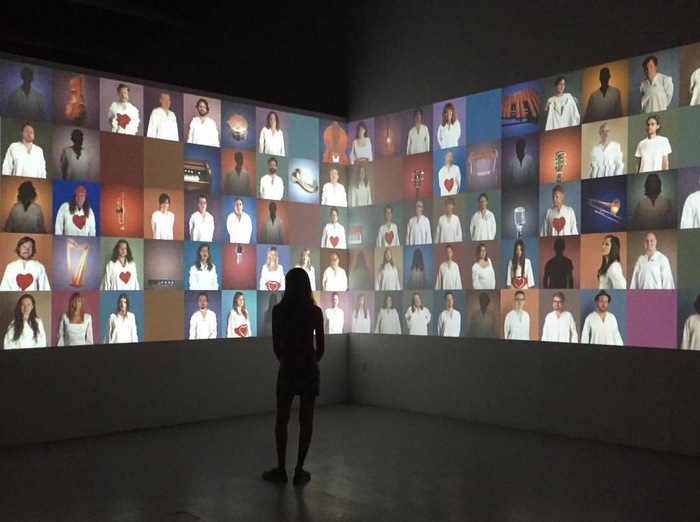 Run by artists Leyden Rodriguez-Casanova, Frances Trombly, and Adler Guerrier, Dimensions Variable has been a mainstay of the Miami art scene since 2009. A dedicated non-profit that secures exhibitions for lesser and unknown artists from around the world and in Miami, Dimensions Variable produces some of the best art programming in the city, relying on strong contacts, especially with Northern European artists of a high caliber.

Having hopscotched from art district to art district, the gallery was most recently displaced from their developer-provided space in Downtown to make way for the Miami Worldcenter. There are no official details yet, but there are intimations of a new space coming in 2016. There’s no doubt that these artists will continue in some way to develop shows and dialogues across the local and international community of contemporary artists. 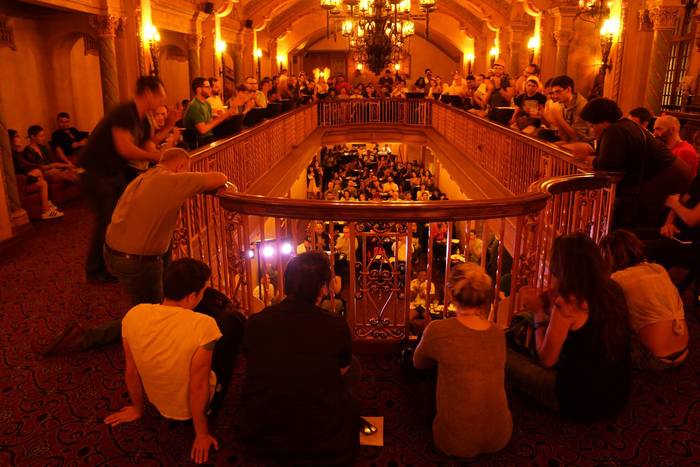 The city of Miami needed a cultural organization that takes a political stance on gender and sexuality even though it didn’t know it. As its name suggests, Reading Queer is a group that promotes LGBTQ literary engagements with the production of an annual festival (the first was held in 2014), various workshops, and salons with writers, performers, and artists—both local and not—each of whom engages in some way with the mission.

Explicitly connecting the use of language to the betterment of social conditions—Reading Queer produces events that resist the binaries of gender and sexuality in an effort to produce tighter social bonds and increased acceptance of the queer community through engagement and production of text. The recent non-profit is a striking standout in the world of vanilla, heteronormative cultural organizations more concerned with profit than the pressing issues of identity at stake. 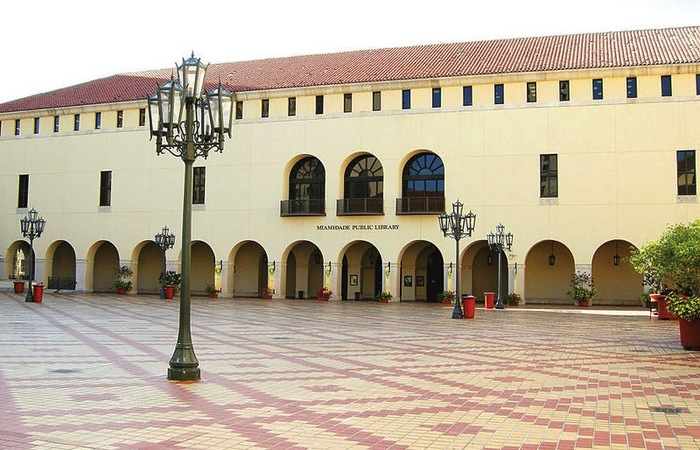 Amidst all the editorializing about Miami during Art Basel Miami Beach, perhaps the #1 most important cultural organization in the city is the Miami-Dade Public Library. Containing a solid slice of the civilizational inheritance of world knowledge, literature, and countless invaluable flickerings of human thought—the library is an OG non-profit organization with countless troves of cultural wealth. For those specifically looking for art, the MDPL's Art Services and Exhibitions Department hosts exhibitions, an archive on the history of Miami collecting and collections, and a permanent collection of over 2,200 works of art with a focus on African American, Latino, and Miami artists.

On the MDPL website a quote by Neil Gaiman reads: “Google can bring you back 100,000 answers, a librarian can bring you back the right one.” For the time being—until all printed material is digitized and made freely available to the public—libraries host a far greater array of insights into the endlessly manifold layers of human history and inquiry, far more than any other non-profit organization.

(Image at top: O, Miami Poetry Festival, Poetry in the Park. 440 people showed up to Soundscape Park in Miami Beach on April 5, 2014 to watch a live "Wallcast" of Robert Hass and Nikky Finney reading on the side of the New World Center building. Photo: Gesi Schilling/O, Miami)

The Best Non-Profit Art Spaces in the UAE
12/9/15
COMMENTS (0)
ArtSlant has shutdown. The website is currently running in a view-only mode to allow archiving of the content.