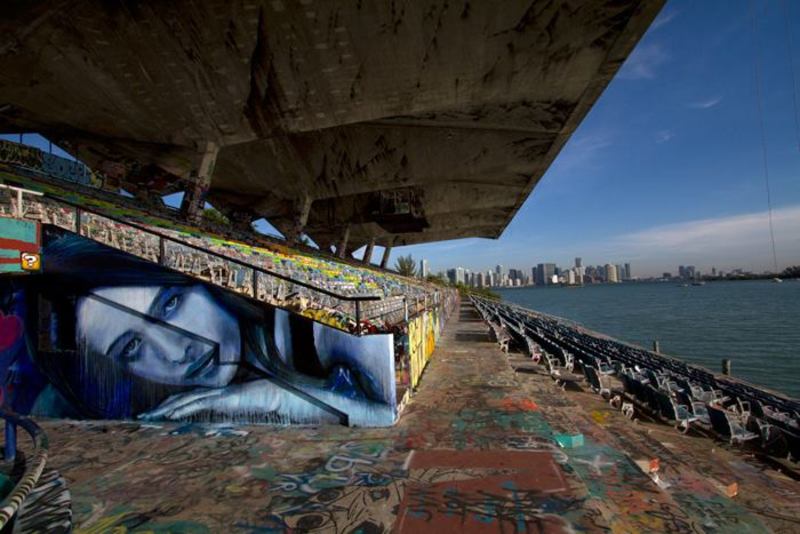 On the Streets Guide: The Top Street Art Events During Miami Art Week

Graffiti was born in protest. Recalling this origin, street, graffiti, and mural artists in Miami are standing up for social justice during this year's Art Basel Miami Beach. Through a series of creative altruistic events some of the city's most prominent artists, curators, and activists will connect with visitors by drawing attention to ways of improving their communities through art. Here's our selection of some of Miami Art Week's best street art projects and events.

The mammoth Wynwood Walls project aims to bring some of the best-known artists in the field out to paint in Miami's Wynwood district. This year, their primary project is "The Art of Collaboration," a program that pairs artists together to execute new murals, celebrating art and community. This year's confirmed collabs include Faith 47 and Alexis Diaz, Cleon Peterson and Shepard Fairey, and Pose and Revok. Opening night is Tuesday (open to the public from 9–11pm) with a series of special events planned within the unveiling of new walls. 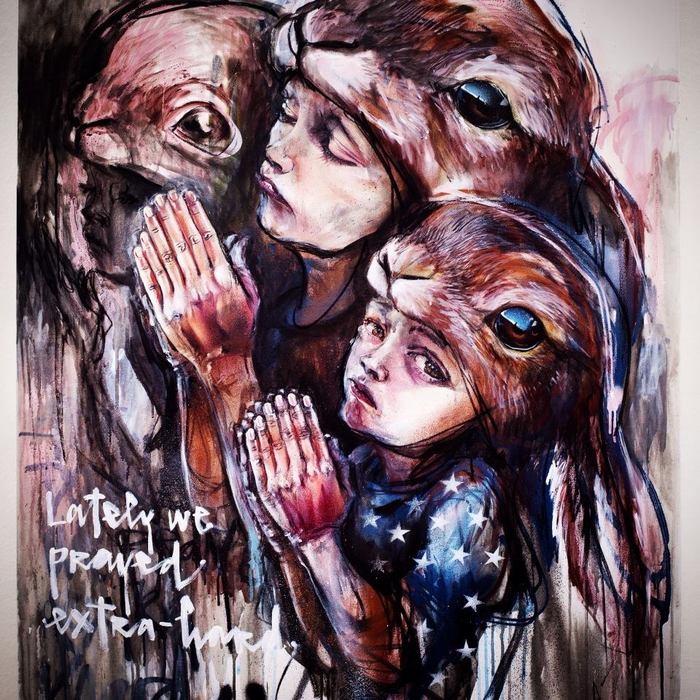 At Wynwood Embassy’s Shoot for the Moon sequel, German artistic duo Herakut will co-create an interactive mural with teens from Here’s Help, a local substance abuse agency that provides programs to at-risk youth. Starting November 29, 2014, Wynwood Embassy will host the duo’s solo exhibition with a series of events each night of art week at Mana Wynwood. 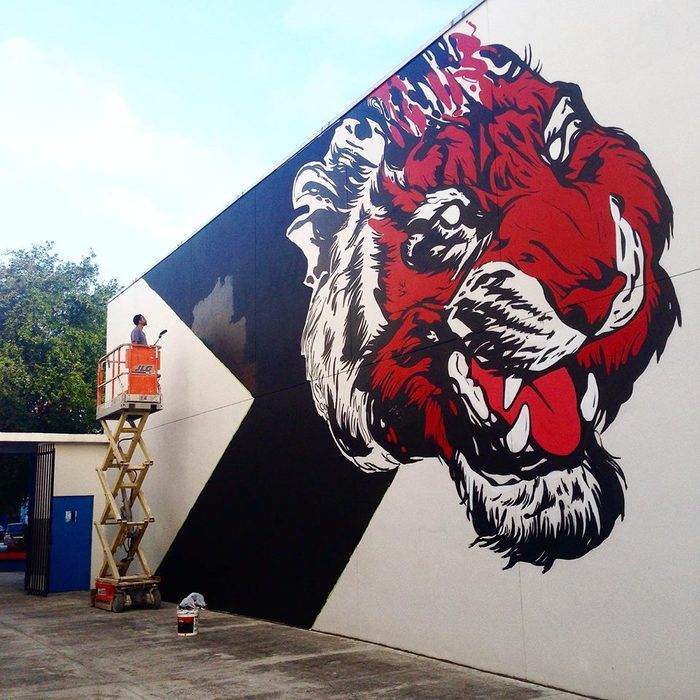 An army of spray-painting heroes will transform the white-washed walls of Jose de Diego Middle School in Wynwood into colorful representatives of the surrounding graffiti culture. WynwoodMap dot com and the Wynwood Arts District Association present the #RAWProject, which includes a massive fundraiser on December 2, 2014. The money raised will go to an art education program.

Sketches for Mankind is a non-profit organization founded by Evoca1, a well-know local artist. The charity is designed to help feed the homeless with their '3rd Sunday for Hunger' in the downtown Miami area.  Their Basel Miami kicks off with thirteen local artists will create original pieces on uniform wooden panels that will be auctioned off at R House Restaurant in Wynwood on Sunday November 30, 2014, hosted by the Miami community's street art voice, Talking Off the Wall. 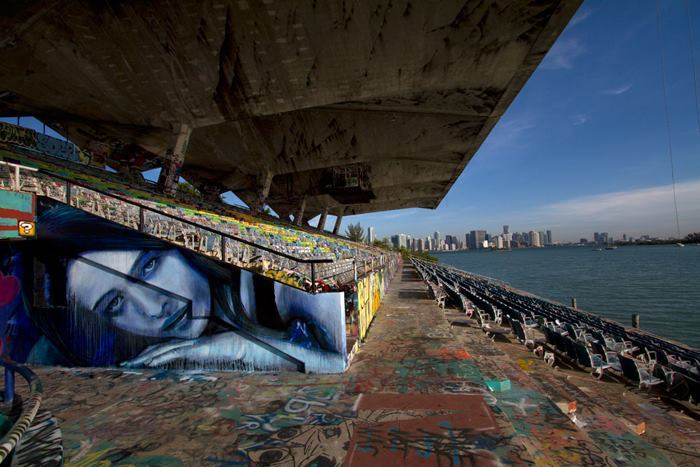 An interactive pop-up exhibition starting December 1, 2014 in Wynwood will raise funds for the restoration of one of Miami’s most iconic buildings, the Miami Marine Stadium. Hosted by the Art |History Mural Project Exhibition, the National Trust for Historic Preservation, and Friends of Miami Marine Stadium, the event is open to all, and children are invited to assist in the creation of large-scale murals. The long list of artists participating includes Evoca1, Jose Mertz, and Reiner Gamboa.

Spectrum Miami has donated a booth to Life Is Art. They'll use it to explore the role of the arts in community building. Life is Art is a non-profit organization that seeks to improve communities through art and culture. Starting on December 3, 2014 at [mi.ami][inter.play], there will be collaborations between artists and the community. On December 4 they will also host Art Lab 02, a live artist match up with Yo Miami. 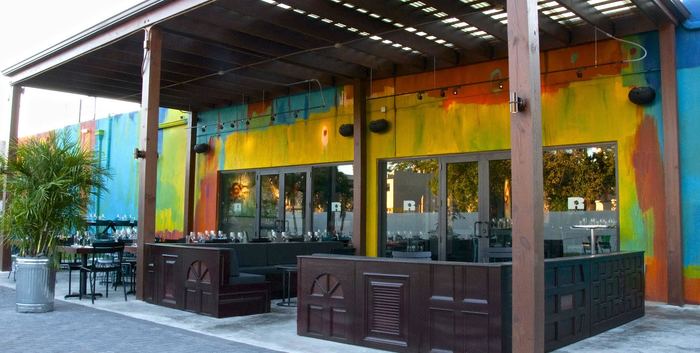 On December 3 HRC South Florida and the White Porch Gallery at R House Wynwood will host ART for Equality, a unique one-off event (7–9.30pm) benefiting the Human Rights Campaign with a silent auction of 20 different artworks, with a flavor of the mixed cultures in Florida and neighboring regions. Artists include Colombian Manela Holly and Cuba's Yunier Gomez Torres. You can also check out local installation artist Judith Meuller's outdoor mural along the exterior patio walls.

The walls of the Miami Beach Regional Library auditorium will be transformed into a huge work at I Geek Art: A Community Event. Commencing December 1 at 3pm the two-day event invites artists of all backgrounds to participate in the creation of a large-scale community art project that will be unveiled to the public the following day. Muralist Serge Toussaint (whose artwork adorns the walls of Little Haiti) will lead the project.

South of the Walls for Urban Blue Project 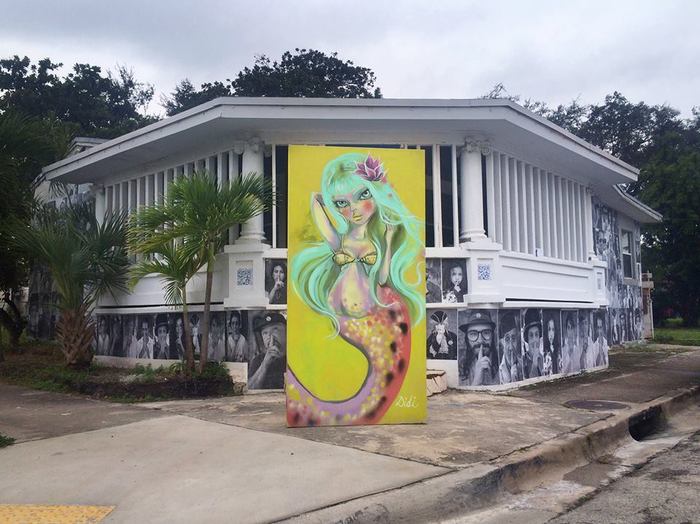