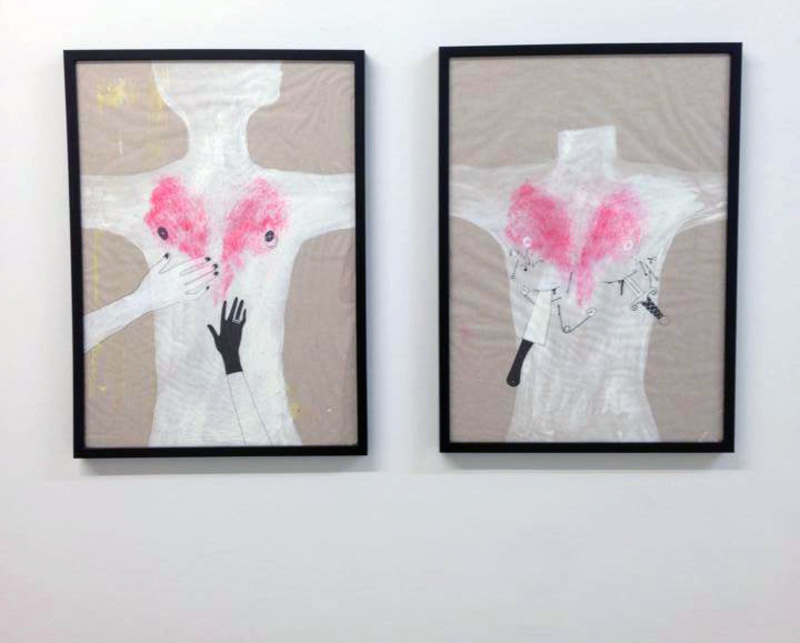 Space Mountain, a fresh art space in Miami brandishing the motto “no brands, no grants,” recently hosted Certain Sensitivity, a show of work by Kyle Chapman, Sebastian Duncan-Portuondo, and Reno Reeves. Delicate yet sensuous, the exhibition was a subtle display of youthful maleness, and had the quality of a pleasant, unriveting daydream.

Chapman showed a series of violently cartoony figures drafted from chest-prints, for which the artist’s nipples served as visual anchors. One figure was pierced with knives and safety pins; some others flaunted genitalia and leopard print. The use of red-lipped smooches was another hint of Chapman’s physical involvement, an impactful maneuver, though the figures themselves felt like part of some mundane nightmare.

Ten sketched portraits by Reno Reeves lined the longest gallery wall, each a simple rendering “garnered from the essence of someone [he] was once acquainted with.” The subjects, eight men and two women, each posed without frills—steady and meditative, their expressions intriguingly monotone. 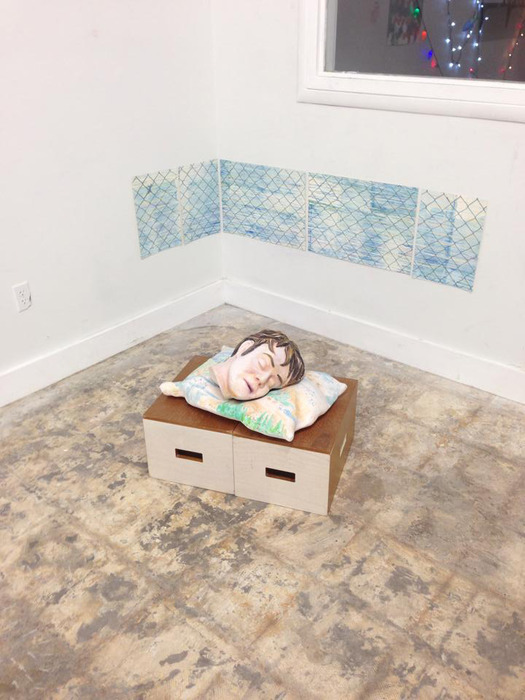 Sebastian Portuondo displayed an impressive series of watercolors, the best of which was a clay sculpture of a head, resting on what looked very convincingly like a pillow wrapped in a soft, flimsy case. The pillowcase and other prints had soft tropical palettes, but in the style of Winslow Homer, giving the work a Victorian whimsicality.

Though slightly rudimentary at times, overall the show communicated the candid, transparent nature of the space itself. Open since December 2013, Space Mountain has shown visual work alongside hardcore and noise bands, potlucks, a Valentine’s Day Heavy Metal Slow Dance (complete with a fully functional makeout lounge/installation), a downer poetry night called Bitch Kill My Vibe, amongst other atypical happenings. 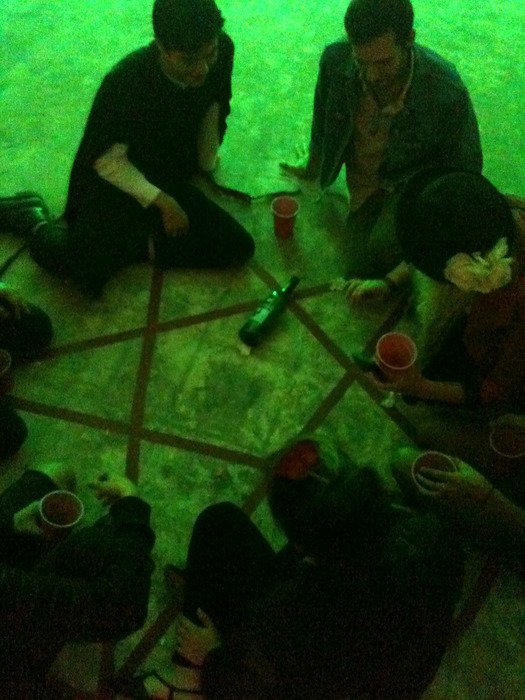 Contrary to the majority of established and burgeoning galleries here, the non-profit venue uses a sort of open-source programming, a platform for anybody able and willing regardless of commercial appeal and aspirations. Alicia Apfel, the founder of Space Mountain, says, “We’re trying to create a space where it’s safe to experiment, one that, of course, welcomes serious expression, but which also recognizes creativity as a process that’s fun.”

Autumn Casey, a local artist and musician, was taken on by Apfel as a curator. Known for work that’s off the beaten institutional path (one performance piece consisted of periodically stopping amongst the crowds at Art Basel Miami Beach and letting out a piercing, woe-begotten scream), her curation of Certain Sensitivity was a refreshing, if overly ephemeral, change.