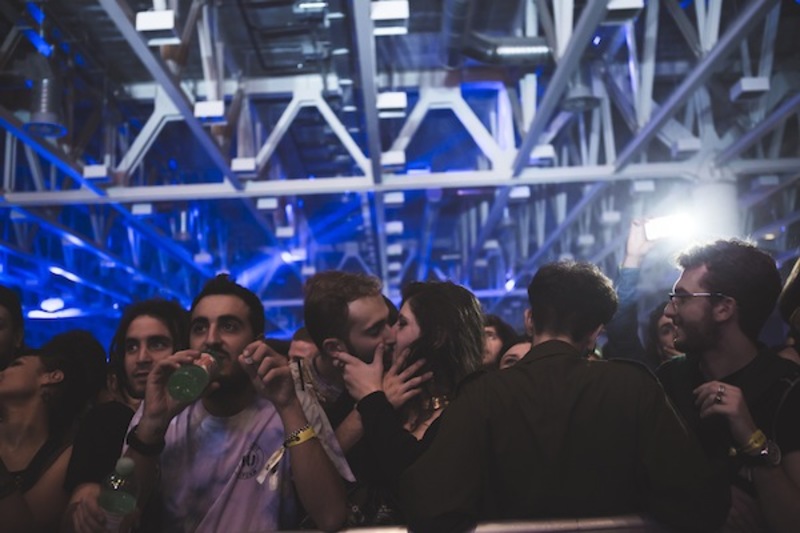 A crowd of chic young things stands on the balcony of a 13th century palace in the heart of Bologna, mingling as if their lives depended on it. On three sides, the sounds of different stages of electronic music are wafting into the night, while projected beams light up the masonry, young technology showing off the old building in a chiaroscuro of centuries.

The 8th edition of Bologna’s music and art festival, Robot08, took place from October 7 to 10, 2015. Focused on sounds from the electronic side of the spectrum as well as art that involves technology and sound, the theme of “accelerationism” was shortened to onomatopoeic XLR8. Much of the lineup focused on pulling crowds with world-class DJs—John Talabot, Nina Kraviz, Trentemøller, among others—but some intriguing performance and visual arts also led the audience to consider technology’s accelerating progress into every corner of our lives. 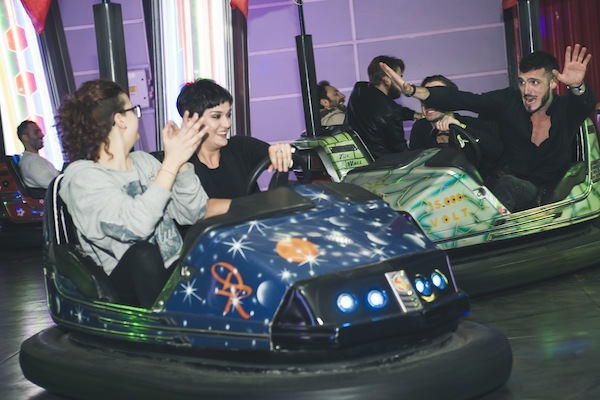 Accelerationism, or the idea that speeding up the current status quo of technological capitalism will generate radical social change, is something of a giant of a theme. It’s now associated with certain high-tech aesthetics, and has been used to describe music as much as art. Are artists using technology in line with current technological capacities and aesthetics, or are we seeing a new interest in how future technology could affect us in fresh and extraordinary ways? 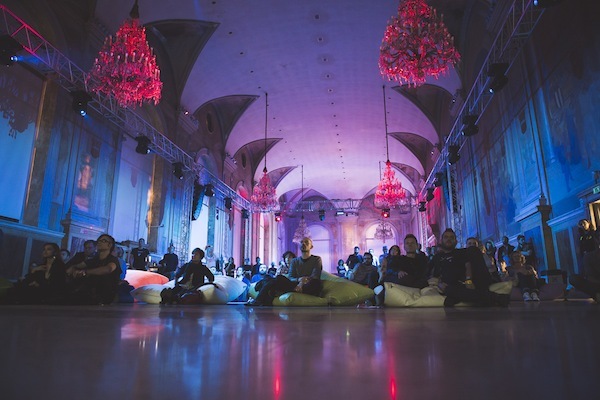 The event setup of Robot was split between the historic Palazzo Re Enzo, centrally located in the Piazza Nettuno, and the more isolated but gigantic event space of Bologna Fiera. During the evening's earlier acts—with the Palazzo’s chandeliers overhead and audiovisual specs seriously on point—it became easy to forget we were in a palace, watching, for example, Taiwanese sound artist Yen Tzu Chang’s audiovisual performance that involves a keytar-esque drone instrument, complete with LED lit-up sections. With the brightness of the light, there was no choice but to close your eyes and immerse yourself in the throbbing hum. 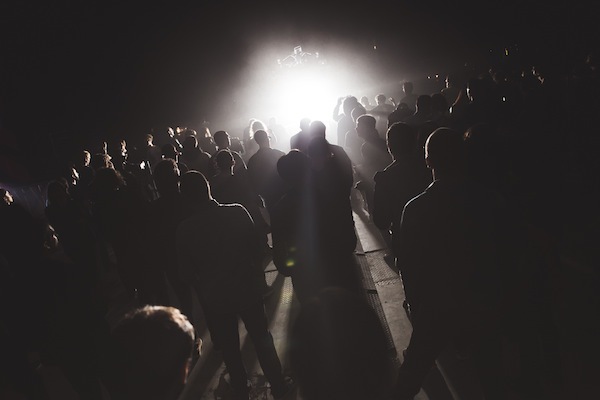 Bologna has a rich history of electronic music, both in the university faculty (the institution is the oldest of its kind) and the local scene, giving the crowd a serious enthusiasm for events of the weekend. So, while the huge, dance floor-focused acts were pulled from an international roster, Italy’s electronic avant-garde took the fore in audiovisual selections. Toa Mata Band may not look like they deserve the name “band” at first glance. There was just one guy standing behind MIDI sequencer, but as the crowd huddled closer on Thursday night, we could see his tiny robot LEGO men tapping away on drum pads. The first of its kind in the world, the band’s performance questions what a robotic bandmate could look like in the future. Later in the weekend, on the same stage in the Palazzo’s upstairs quarter, another Italian performance from Fuse*, entitled “Ljòs,” took a more expressive approach to technologically-enhanced performance. Suspended in a harness in center stage, dancer Elena Annovi’s movements were echoed by a cosmos-like visualization on the screens behind, and yet again in the dark vibrations of the accompanying sounds. The audience was left dreaming of the body’s capacity to affect change around us, and create our own worlds inspired by art and visuals. 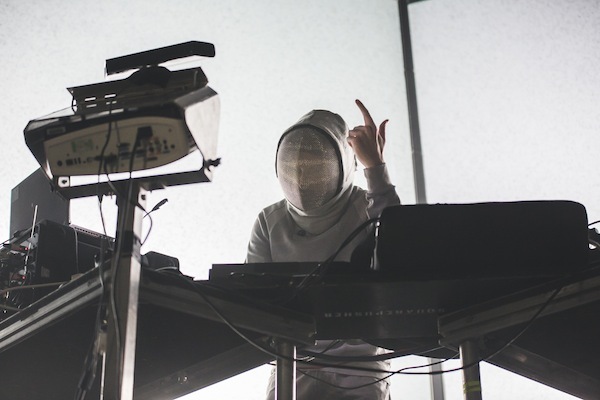 Although the festival’s theme was accelerationism, it sometimes became difficult to discern the philosophy’s influence over the bookings and commissions. Where was the hyped-up high-tech aesthetic we’re used to seeing from music shows in this realm? Where was the digital pile-on to take us into a technologically heightened future? Perhaps it was somewhat discernable in Gianluca Abbate’s film Panorama, shown on three of the festival’s programming days, which imagines a world completely taken over by civilization, a kind of technologically-merged panorama swooping over a dystopian landscape.

One of the names that does come up in reference to accelerationism is Holly Herndon, whose expanded audiovisual show with performer Colin Self and electronic music artist Mat Dryhurst led the audience into a pixellated Microsoft 95 screensaver, complete with spinning sushi and sweetcorn. Helter skelter beats hung around Herndon and Self’s echoing voices. Yet, the performance remained strikingly intimate: flashing messages and smileys were typed out live to the audience, and Self’s energetic headbanging-meets-voguing moves kept the audience close.

Herndon is also one of the few acts playing whose name came up during a talk about accelerationism that took place to inform the festival. It felt as if here, the more casual festival visitor could learn more about the intentions behind the theme. In a highly accessible talk (although mostly in Italian), experimental music critic Adam Harper, who has written extensively about the various guises of futuristic and accelerationist aesthetics in music, spoke to Italian journalist Valerio Mattioli and NERO’s Valerio Mannucci.

One point stood out to my ears, searching for English in the Italian: Harper’s insistence that accelerationism is less a genre of music than a way of listening. Are PC Music’s sickly-sweet bleeps either hyper-capitalistic Warholism or sincere pop outpourings of emotion? In fact, they’re both at once, Harper argued. Perhaps we should stop expecting the accelerationist fantasy to look like what it’s supposed to look like and sit back and enjoy the show.