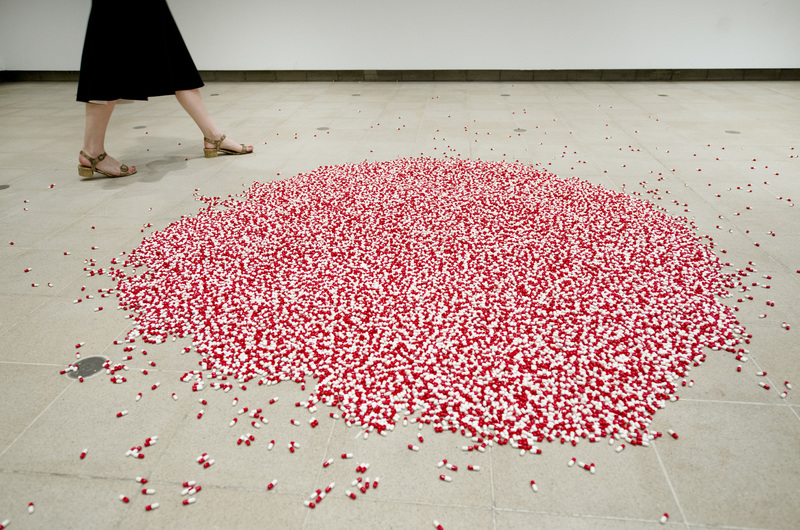 Carsten Höller: Like a Fun Fair, Without the Fun

“Like a fun fair, but without the fun” was the quote from one of my companions at the Carsten Höller exhibition at the Hayward Gallery, London. And it’s a fair enough point: the slide is a bit wobbly and not very fast. The upside down goggles didn’t fit me properly and so primarily showed a slice of uncharacteristically blue London sky, that no matter how many times I reminded myself to look up to look down, it still didn’t fully challenge normative expectations of my vision. And as for the flying over the streets of London, first of all, you weren’t flying: you were revolving slowly suspended from a metal arm. You also weren’t over the streets of London, you were on a balcony of the Hayward. And finally, the queue was over an hour long, despite our visit being on a Monday. So we didn’t go on it. 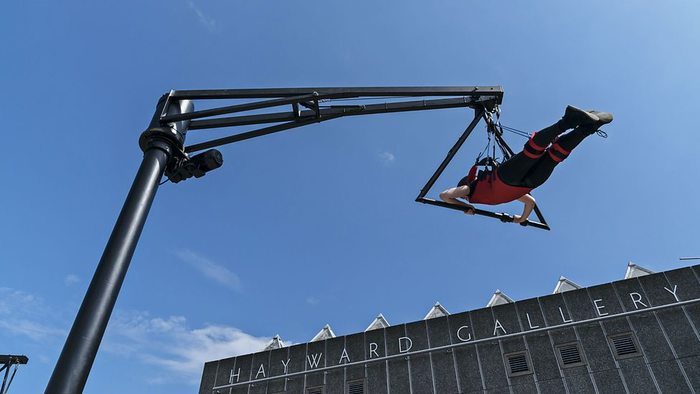 If you want a fun fair, go to the fun fair. This is lame in comparison. Which still doesn’t stop it from being a whole lot more fun than your average art show, irrespective of what side of the inevitable “but is it art?” conversation you come down on. For me, it’s a pretty valid gesture to consider the creation of an "experience" for the viewer/participant as an artistic gesture, no matter how loose, woolly, and open to hysterical tabloid-esque denigration that idea might be. I suppose the caveat is that it gets termed an "art experience," not just any old experience, but it’s interesting to consider just what that might be. What makes an experience "artistic," after all? 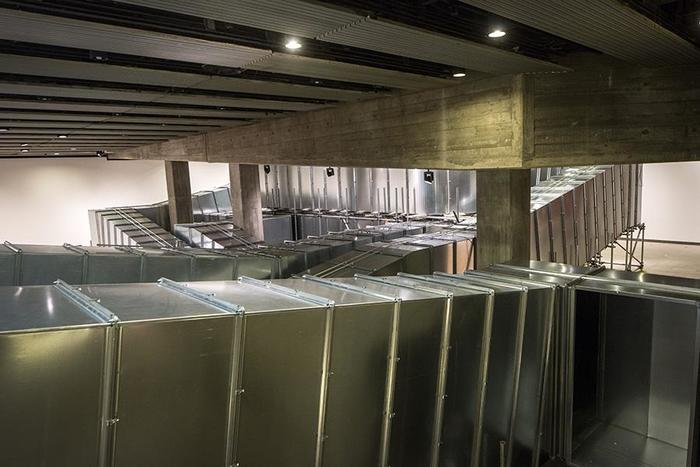 I’m not going to answer this question, merely leave it hanging uncomfortably, and perhaps if anyone really wants to get stuck in, they can do it in the comments section. I will mention, however, that the first thing it calls to my mind is the experience of sitting drinking a tin of lager on an East London street (with a friend–I'm not rock bottom, yet) while watching a pigeon peck away the center of a cheap piece of white bread, ending in such a frenzy of pecking that it managed to flip the still intact crust over its head so that it was wearing it like a necklace, thus burdening itself with adornment now no longer accessible to pecking, and heavy enough to prevent the bird from taking flight. Profound, I know. 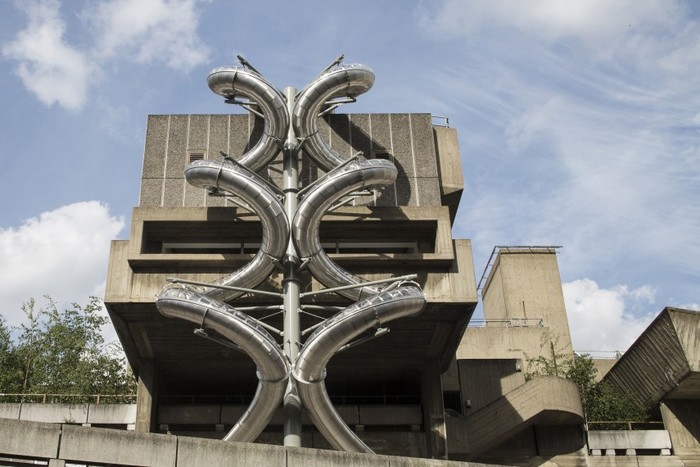 While I don’t know if Höller is simply providing cheap thrills for cosseted urbanites with lives so anodyne that a slip on a slide signifies a major departure from reality, I do know there are some good pieces in here. Notably I found myself drawn to the quieter ones, Two Roaming Beds and Pill Clock being good examples. In the former, two hospital beds slowly track around the gallery on mechanized units. Their movement is apparently random, but I was certainly lead to believe that they actually come and nuzzle up to you like a very slow, lonely puppy (apparently people actually sleep in the beds at night). In the latter, a red and white pill is released from a perspex box on the upper floor, and falls onto a pile on the lower floor. You can take one of the pills if you want, but not disturb the pile (that to me looked a little too neat). The only disappointment with this experience was when we asked the guard what the pills did, he couldn’t come up with anything more original than tell us it was a placebo. Think of the possibilities… 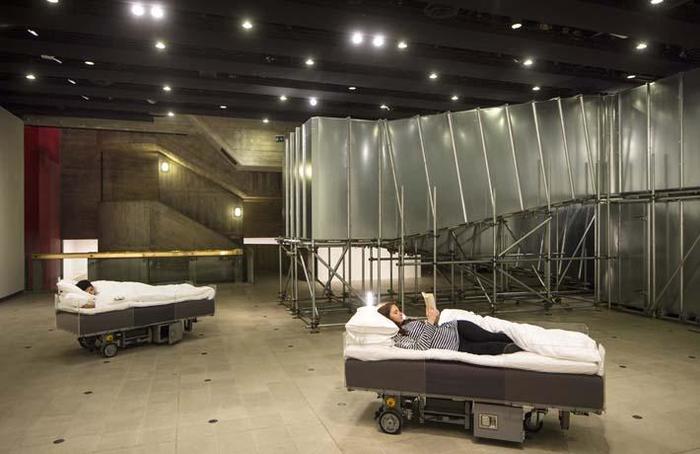 Perhaps the ultimate problem with this show is the strongest artwork is the very first thing you see: Decision corridors is awesome. Wobbling down a pitch black corridor through a number of diorientating turns and unexpected risings and fallings unquestionably feels like an "art experience." But some of the others leave you in doubt.