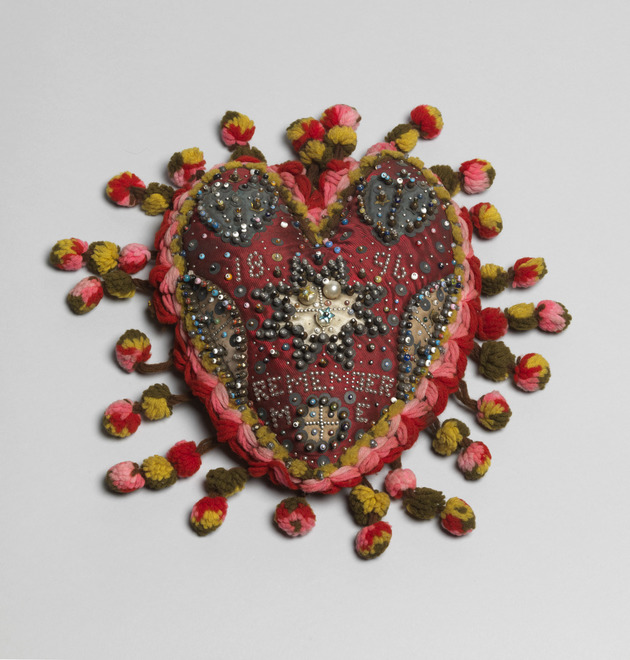 Anything But Common: The Amassed Wonders of British Folk Art

British Folk Art begins with a disclaimer—customary for surveys of this sprawling, nebulous field—regarding the sheer breadth of ground to be covered, the impossibility of neat or comprehensive classifications, and even the inadequacy of the term "folk art" itself.  For exhibitions that draw together art and anthropology, this preliminary airing of curatorial anxieties—and simultaneous disavowal of rigid cataloguing systems—has almost become a ritual in itself. Hence, it seems a fitting start for a show that centers on traditions.

Curators Jeff McMillan, Ruth Kenny, and Martin Myrone attempt to dodge the aforementioned neat classifications without sliding into chaos. Their solution is a piecemeal approach: objects are grouped according to formal qualities, subject matter, artist, and/or their connection to “different territories such as the town, the sea and the countryside.” This latter division is signalled by unnervingly bright, color-coded walls—green for land, blue for sea, et cetera—that give the impression of the interior of a playhouse, or a series of chromakey backgrounds on which objects and images float unmoored.

The exhibition begins with the Bellamy Quilt (1890–1891) and a wall of assorted trade signs, setting out the extremes of private and public endeavor covered in the ensuing galleries. The trade signs, once hung from shopfronts to cater to a largely illiterate populace, provide a quick index of skills retained and lost over the past four centuries. They also emphasise the commercial dimension of much public-facing folk art, and the important communicative function of folk art in general.

In contrast, the Bellamy Quilt, a hand-sewn collaborative effort by Charlotte Alice Springall and Herbert Bellamy, commemorates an event of personal significance: the couple's approaching marriage. The quilt is crammed with colourful forms—motifs include daisies and dogs, cutlery and cartoons, feet and furniture—and riddled with internal logics and forgotten significances. Equal parts tacky and terrific, it broaches the question of taste that threads throughout the exhibition—the taste of not only the makers of individual objects, but also the collectors that later accrue and preserve those objects, and the museum visitors who pay to access these collections. 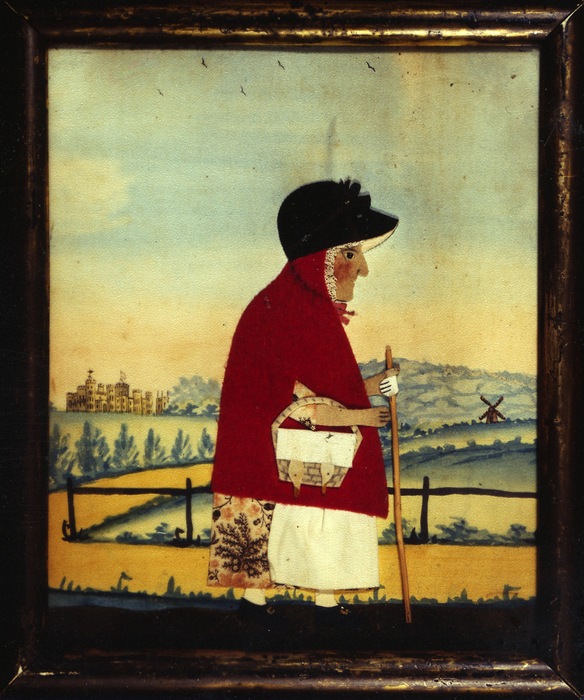 These two cornerstones lead a wall-to-wall parade of treasures: woolwork renditions of ships by retired seamen, their rigging and bunting faithfully delineated; frighteningly gaudy pincushions; local scenes and anecdotal illustrations by amateur painters, too-vivid and with mangled perspective; ghostly God-in-a-Bottles; papier mâché joints of meat; boody pottery; a creepy little bone shrine; and a convincing forgery or two. There is a cockerel made from little bones, delicately carved by French prisoners of war near Peterborough circa 1800; a failed drunkard's path quilt in white cotton and vivid Turkey red dye; and a handful of wonderful animal paintings featuring obese pigs and highly efficient dogs (Champion Ratcatcher, circa 1840). The jumble is punctuated with little showcases of work by makers of greater renown: three sets of tailor George Smart's textile collages featuring local personalities; a scrap-paper flotilla of ship paintings by Alfred Wallis; an annex lined with Mary Linwood's worsted translations of Rembrandt and Reynolds.

These objects and paintings are faded but lively. Originally the products of excesses of time, materials, and energy—of skills, scraps, and Sunday afternoons put to creative use—they are now reminders of a more tactile, localized and industrial British past. In her 1951 anthology of selected English folk art traditions, The Unsophisticated Arts, Barbara Jones points out that folk arts are unstable, often unable to survive ages of technological or social change without warping or becoming self-conscious echoes of their former selves. British Folk Art doesn’t make the leap to these "warped" contemporary folk practices, as documented by Jeremy Deller and Alan Kane for their project Folk Archive. Instead, the exhibition timeline indulges the fetishism of authenticity by stalling in 1961, with a striking revivalist straw effigy commissioned for an Oxford college ball.

Yet authenticity doesn’t always equal quaintness and charm. Jones maintained that the popular arts shared “certain constant characteristics... They are complex, unsubtle, often impermanent, they lean to disquiet, the baroque and sometimes terror” (p16). The oldest item in the show—a gaping-mouthed treen nutcracker, c. 1595–1605—is indeed terrifying; its neighbour, a nineteenth century horse vertebra painted with the likeness of a preacher, is positively light-hearted in comparison. Take away the brightly colored walls and many other objects also gain a sinister aspect, their rigid forms seeming to reflect obsessions and frustrations as well as craftsmanship and care. 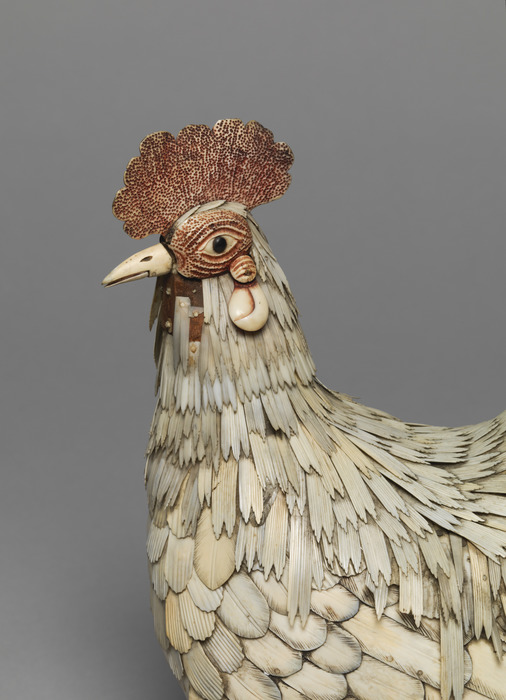 By its own admission, British Folk Art is by no means an exhaustive survey. Entire genres are omitted—fairground baroque is eschewed in favor of an entire room full of ship figureheads, for instance—and given the incredibly broad and rich field of work to draw from, the exhibition seems strangely lean. The pacing is somewhat uneven: the first gallery actually contains the bulk of the show, and the shift from figuration to abstraction in the final gallery feels a little pale and deflated, despite the addition of a Jolly Roger. The concluding reading room is also too sparse, and unfortunately does not provide enough contextual information to offset the focus on the objects’ aesthetic qualities throughout the rest of the exhibition. However the objects themselves are mostly magnificent, and for anyone interested in the weird side streets and overlooked niches of British vernacular culture, British Folk Art is well worth a butcher’s hook.