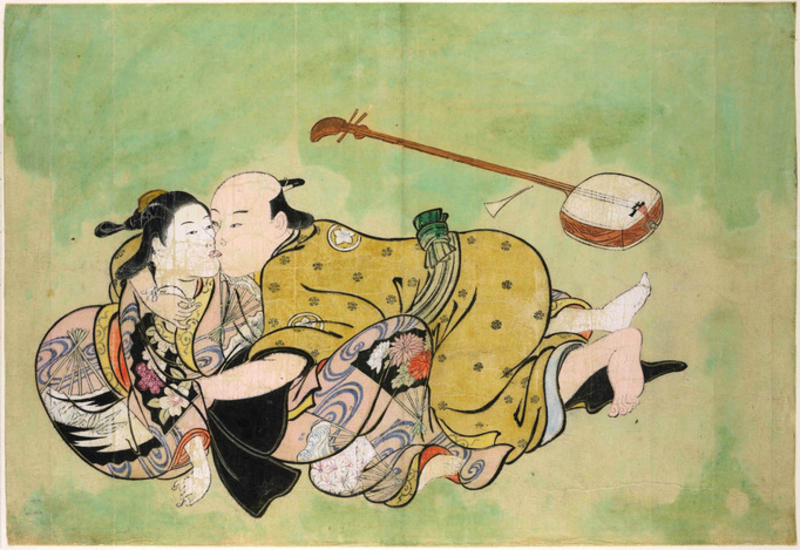 Want to talk about Japanese schlong?

Want to talk about Japanese schlong?

Honestly, I'm shellshocked -- the shell in question, presumably, being some kind of hyper-vaginal conch, with a too-large and gnarled hermit crab attempting to squeeze his way in. I'll say it: the Shunga show made me long for the tender embrace of hardcore pornography. Never have I seen genitals rendered with such…elasticity. The horror! The horror!

And there I was thinking that nothing was able to shock you anymore.

Re: Dismayed at Dong

(I actually photographed the caption text from the famous and tender scene between the woman and the octopus and sent it to my partner - just to get things going. I have it here on my phone, if you're interested in a transcript.) 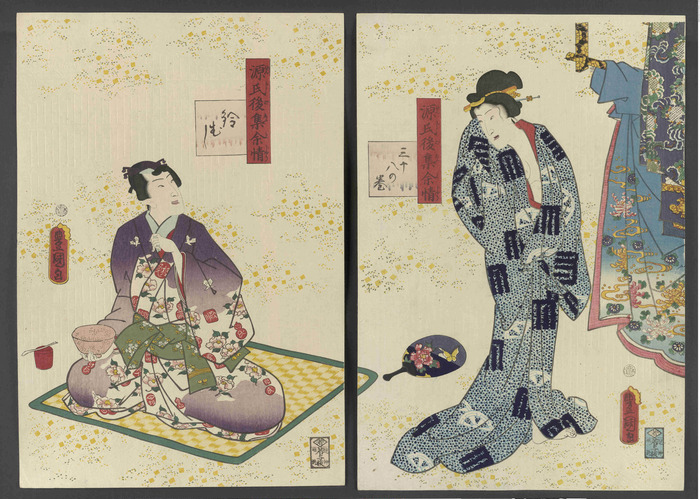 Of course part of the fun of it was the comic aspect, but then isn't sex often slightly humourous, when looked at from afar? But it was definitely a turn-on too. I went with two girl friends, and we were all quite aroused afterwards. It was also quite fun following couples around the show.

I think the show really brought that funny side of Shunga to the fore.

One of my favourite stories was "Library of Womanly Virtue for the Vulva" with "Tales of the Pussy in the Palace At Night" in close second place. Another example of the mocking humour of Shunga was the illustrated book of Kabuki theatre actors' penises, with their various appendages framed by pubic hairstyles drawn to represent their actual head, with a small cameo drawing of each owners face relegated to the corner of the page. Imagine if they were to do one of those for the cast of the RSC.

Predictably, given my predilection for all things horror, I rather liked the ones which depicted sex with ghosts; here's that octopus transcript, since you're eager to read it:

Octopus: Wondering when, when to do the abduction, but today is the day. At last, she's captured. Even so, this is a plump, good pussy.

I will say that it's interesting how sex-positive, on the whole, the drawings are - it's actually quite refreshing in that regard. And very casual with sexual orientations, too, which I liked. Perhaps I wasn't in the right frame of mind to find it sexy when I saw it - I did like the suggestion that sex was good for "the happiness of the heart." Rather a nice way of looking at it, don'tchafink?

Very nice. And how did T react to that textual serenade?

I think there's something brilliant in that total equality depicted and upheld in the drawings; between genders, social classes, sexual orientation, metaphysical status...

If we were to compare these works to the way sex is depicted in art now you realise how much less equal we are now, and so in this sense I also think the exhibition is subtly subversive, not because it's portraying sexually explicit material but because it implicitly criticises our attitude to sex now, as well as sex in art...

Yes: there's a real emphasis on mutual pleasure and inclusivity which is absent from most modern explicit material. And the women in the paintings have their own demands - there's a power struggle between the sexes at times, for sure, but there isn't a certain winner.

I liked the image of the elderly man and the young woman about to commence their tryst; the old man pointing to himself in disbelief ("Me? Really?") as if he can't quite believe his luck. No Hefner-esque sense that he's entitled to her, by virtue of being male.

I've just been informed that T "has yet to respond to your message, because the screen on my phone is too small to read the text. Just keeping you informed." There but for the grace of God goes he.

Didn't you find the use of text a delight too in these works? I wonder what they'd have been like without the narratives documenting the couples conversations and exclamations, or those incredible epic titles. The 'pillow poems' have remained a vital element it seems, in the way we are able to interpret these works looking at them now.

Aside: would you ever do this?

Re: re: Erogenous Kimono 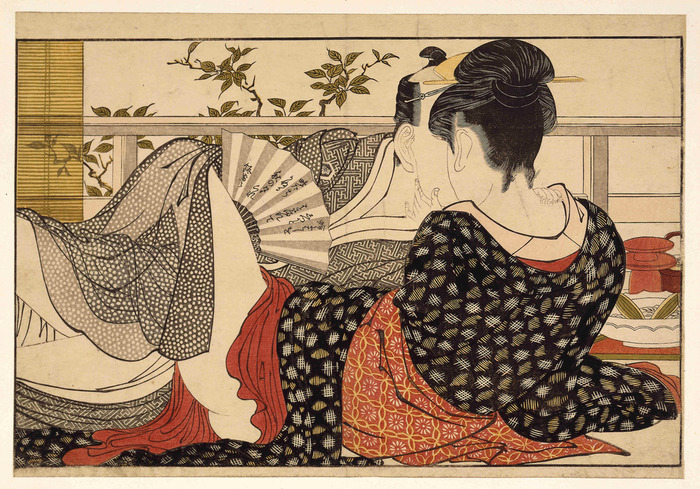 Kitagawa Utamaro, Lovers in the upstairs room of a teahouse, from Utamakura (Poem of the Pillow), 1788, Sheet from a colour-woodblock printed album; © The Trustees of the British Museum.

Re: re: Octopus Sex

The thing is - sex itself would be somewhat eerie without any degree of communication, so that's what makes the captioning and the dialogue so interesting, I think. The wordless segues into a sexual transaction in pornography are quite different from the scenes depicted here.

I do also like the idea that these works were designed as a sort of instruction manual for the uninitiated bride. Quite the eye-opener, especially given the scale.

Regarding the octopus: I believe that if caught in some kind of sexless desert-island situation, I might rather go for some kind of inanimate object. Still, when faced with the hypothetical prospect of, say, a laddish Danny Dyer type, or a Jeremy Clarkson - my eight-legged suitor suddenly seems to have his charms...

Actually, I’m going to see the Hokusai show at the Old Truman Brewery at the end of the week, if you want to come ;)

[Image on top: Nishikawa Sukenobu, Sexual dalliance between a man and geisha, c. 1711–1716, Hand-coloured woodblock print; © The Trustees of the British Museum.]

Araki: An Exhibitionist Looking Death in the Eye Nobuyoshi Araki
12/22/14

Juliane Eirich’s Quiet Complexity
5/4/14
COMMENTS (0)
ArtSlant has shutdown. The website is currently running in a view-only mode to allow archiving of the content.