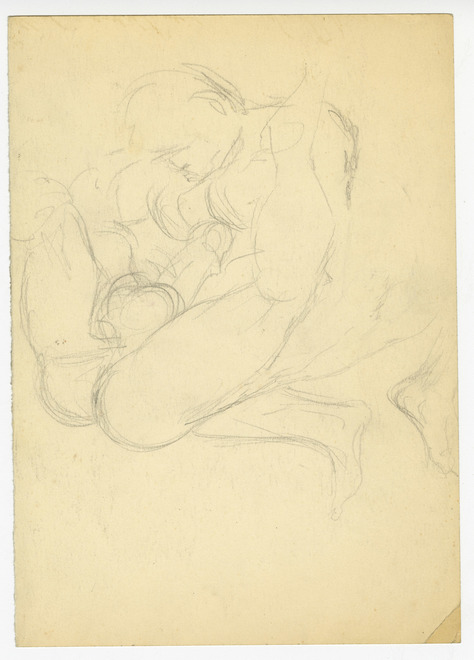 The Benefits of Pencil Hard-Ons

It's a rare situation, I'd guess, in which a reviewer is faced with the prospect of writing five hundred words of description and extrapolation about a series of pornographic sketches, but nevertheless, here we are. In the interests of full disclosure, I believe that I have been assigned this Tom of Finland show as a subject because of my “relevant experience”: while not as qualified as a bona fide homosexual man (pun intended, in this context), I can confidently say that I know my Bears from my Otters, for instance; that I live, at present with three gay men; and that when I moved to the city, I cut my teeth in its various drag clubs and camp Soho bars.

(One of my housemates, in fact, was suitably outraged that I did not ask him for a quote for this review. He has a point, I suppose – one is supposed to write what one knows, after all.) 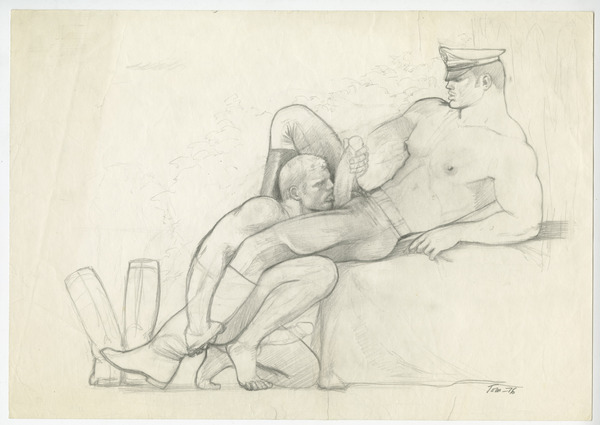 The new townhouse location of Stuart Shave Modern Art, anyway – in Fitzroy Square – has that all important “come up and see my etchings” arrangement down pat, being as it is a discreet affair, accessible only by buzzer, and up a flight of stairs which require the assistant to usher you in. I have certainly been in more compromising situations than this one, but somehow, I felt like an absolute pervert. I'd say it's a thrilling activity for a July afternoon: a pleasing titbit of subversion in the eye of the West End's money-dulled storm, where one can stand and think of “alcohol and cock and endless balls” with impunity – had Ginsberg thought to replace the liquor with assholes in his mantra, he might have formed a succinct review of what I saw in those two upstairs rooms.

The hand behind the sketches, of course, is Touko Laaksonen, better-known by his iconic sobriquet, Tom of Finland. The characters in Laaksonen's drawings are so familiar to us now that they appear, to some degree, like filthier versions of Carry-On seaside postcards: cheeky remnants of an erotic stone age, which has been appropriated frequently enough – and with enough campy humour – that it no longer shocks. What was revolutionary about these drawings, however, was the fact that their participants did not seem troubled by their “deviant” sexuality, at all – that the men were depicted as gleeful, willing and sometimes tender participants in the graphic sexual acts therein. "I work very hard,” the artist explained, “to make sure that the men I draw having sex are proud men having happy sex." 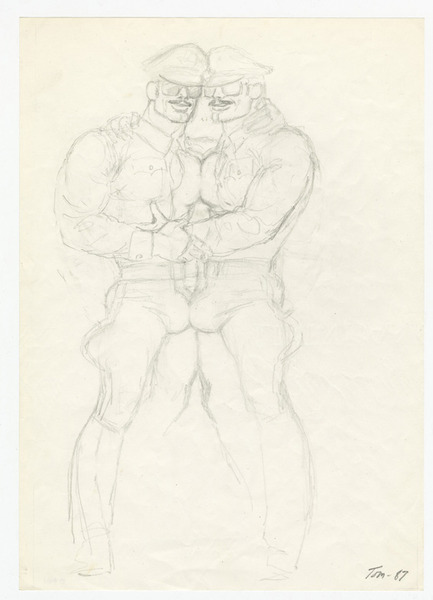 This is the first solo Tom of Finland exhibition in the UK, I believe – there are another glut of his drawings currently showing at the ICA, in its Keep Your Timber Limber show. There is little to say of the content – veiny, glutear, wild – which hasn't been written already, although the delicacy of these preliminary pieces is truly remarkable; the carefulness and the softness is surprising, and delightful in its incongruity. If you feel as though you'd benefit from some close-quarters scrutiny of beautifully rendered pencil hard-ons, it runs until August 10th.