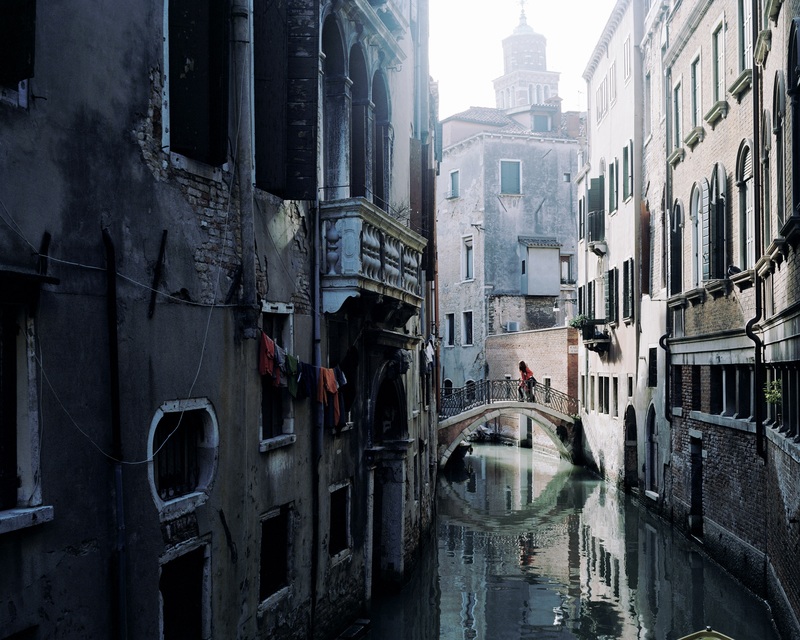 The Past is a Foreign Country

The project—directed by Jules Wright, with photography by Thomas Zanon-Larcher and score by Billy Cowie—currently resides within the cavernous Boiler House of The Wapping Project, following a previous incarnation in a 1930s-era bedroom in Milan last year. A flickering neon sign marks the entrance to the space. Inside, two large screens face scattered remnants of once-luxurious picture-theatre seating. One screen shows a looped spy drama shot on location in various corners of Europe, while the other features a film of an endless drive through a curving tunnel. A back room hosts props from the films, as well as additional video footage of a bag search in which silent, gloved hands grope their way along the straps and seams of the mysterious black satchel featured in the film.

Passage's centrepiece 'film' is actually a sequence of still images bookended by short pieces of footage. These are laden with motifs of the thriller and noir genres: clandestine meetings in cafes and bars; suitcases at train stations; expansive chiaroscuro hotel suites; classic cars on cobblestone streets; wigs and gloves and black carry-alls. Cold War anxiety and personal paranoia are played out against a backdrop of the ruined glamour of Old World Europe. Often the references are to specific films. Fleeting glimpses of a red-coated figure in Venice recall the supernatural apparitions of Don't Look Now, while a rendezvous on a Viennese Ferris wheel is forever associated with The Third Man. Spotting these allusions is like piecing together clues, and in following the breadcrumbs from one exotic locale to another, the viewer becomes part of the chase enacted onscreen. 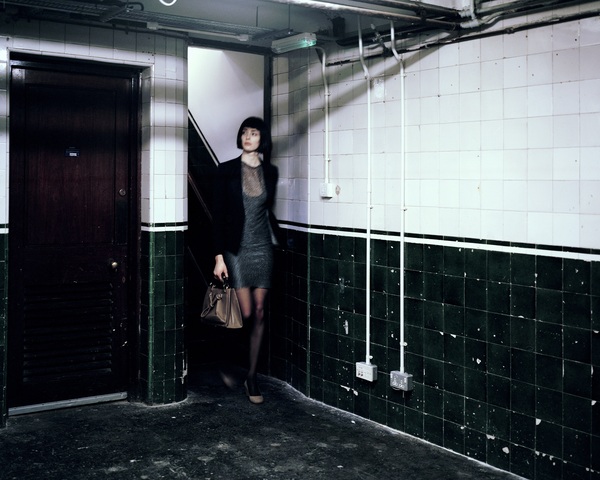 Wright and Zanon-Larcher have taken pains to create an immersive encounter. The striking industrial interior of the Boiler House is configured to encourage multiple viewing perspectives and sensory reactions, most notably through the tactility of the plush red velvet drapes and the numbing coldness of the unheated room. The space looks inviting but feels hostile. This sense of alienation is echoed by the many void spaces that punctuate the films: inhospitable snowscapes; desolate town squares; and eerily deserted moments in the touristic heart of Paris or Venice. Europe is itself a central character in the narrative, but it is a fantasy Europe emptied of its mundane present and imbued with all the danger, power and gritty charm of its golden age silver screen persona.

In fact each element of Passage is a fragment of cinematic history, an echo of scenes from those films potent enough to become part of our own memories, on a par with real life. Nothing is reenacted, but everything is reminiscent. On a formal level, there are nods to silent film (a slideshow leaves no role for speech) and the staged publicity shot, as well as Chris Marker's experimental film La jetée and the surreal tensions of work by David Lynch or Cindy Sherman. It is a neat commentary on the culture of referencing that saturates today's cinema, which so often aims to capitalise on the pleasures of recognition but instead risks becoming banal repetition. 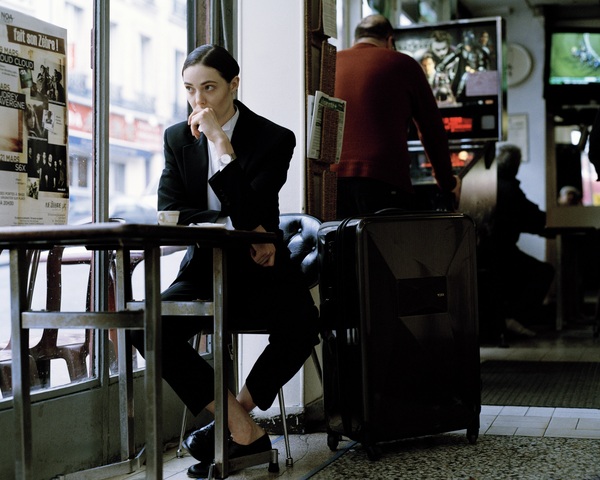 The activating component of Passage is its use of a slideshow format in the stead of film. It reveals cinema's secret stillness and acts as a point of resistance against the romantic viewpoint otherwise adopted by the installation. Passage is on many levels a work about stasis and motion, two states that comprise the bare bones of cinematic form. Through the slideshow, continuity is slowed down and stalled until it becomes its opposite, the cut. What remains is an archive of moments: remembered film fragments fused into a mythologised time and place, a fictive past never experienced but forever accessible through the lens of the camera.