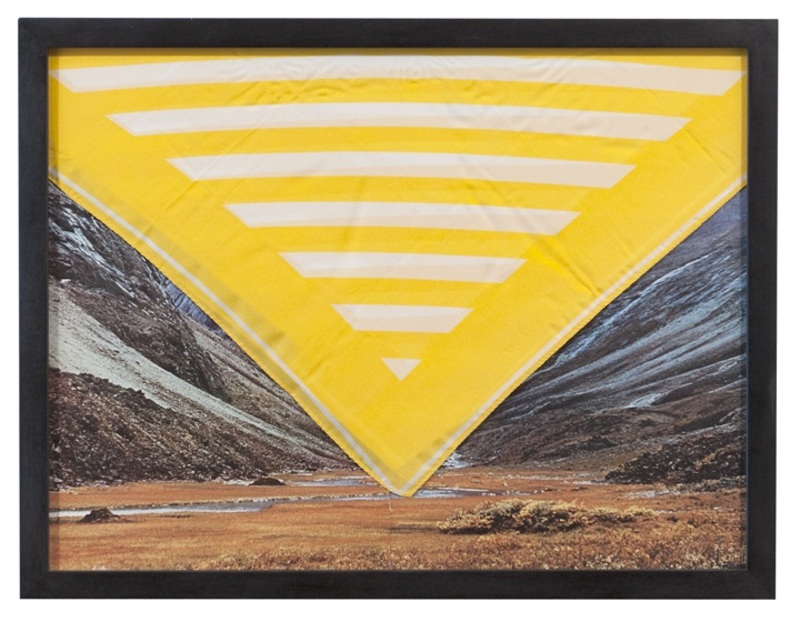 The Alchemy of Iconography

Collage is a mechanism for quietly splitting apart the world and putting it back together again. As a disturbance of the existing order of things, it is at core a political act; yet in today's era of cultural fragmentation, its minor disruptions lack the shock value or biting satire characteristic of the medium in its Modernist heyday. Collage is now a defining condition of our sensory realm, and although we can still at times be taken unawares by its violent undercurrents, they no longer have the power to sweep us away and confuse our bearings.

Happily, The Unethical Anthropologist makes no dramatic claims to the creation of a grand new world vision, and instead gets down to business. The six collagists in this tightly curated exhibition question the historical and formal dimensions of collage itself, from its political heritage and playful nature to its inevitable supersession by digital forms of montage. They explore their medium as an arena for analysing remnants of human culture, and a testing ground for the fabrication of meaning. Collage is a game, its practitioners code breakers, unreliable narrators, explorers, secret obsessives. 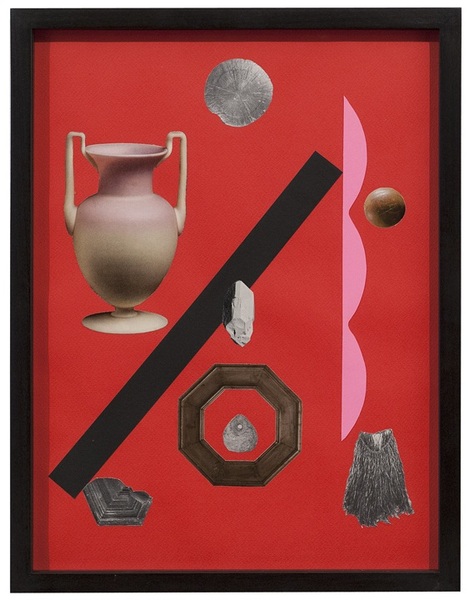 William Crump's carefully balanced works on paper set the tone of the exhibition. Beautifully coloured and composed, each piece is a balancing act of mysticism, science and abstraction. Cut-out pictures of wooden artifacts, jewels, minerals and precious stones, arrowheads, horses' hooves and horns are subjected to a logic of placement that recalls museological display, but in fact has an ulterior motive—the making of faces, with opals for eyes or earthen bowls for lips. Crump conjures up the instinct to anthropomorphise that marks our earliest efforts to relate to the world, sidestepping into neat formalist interventions (such as the yellow handkerchief in You Are My Valley) whenever the aura of Surrealism grows too strong.

Less overtly playful are four prints by Elena Damiani, each depicting a stone floating in a halo of erased space above a newspaper-strewn chair. Compositionally, these works are very restrained, a mixture of archival documentation and Conceptual art with a touch of Becher school typology. Yet things are neither as straightforward nor as sober as they appear: understand the erased space as a 'cut', and the work transforms into a witty and quite lovely visual pun on the game of rock-paper-scissors.

Directly opposite, William Turner creates depth from a material that is usually credited with none, layering paper and thin card into stacks, then cutting down through the strata to carve out three-dimensional shapes. The result is both technically precise and ghastly, like a wasting disease that manifests in silhouettes of pop culture. Lashings of mirror-paper and neon add just the right touch of novelty to these experiments in neo-gothic kitsch. 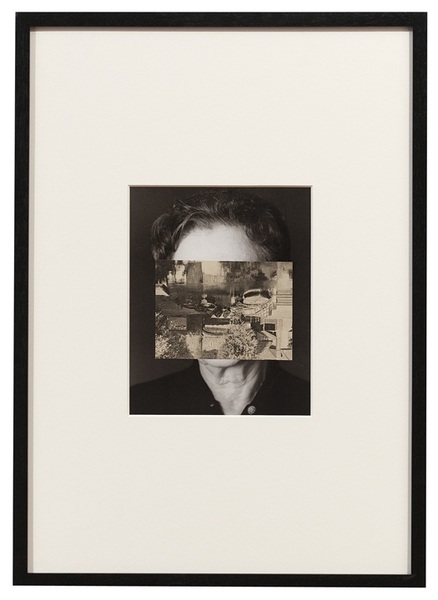 The collagist's cut is an unnecessary act: not a life-saving amputation, but an incision made for the very pleasure and power of it. Phillip Estlund revels in this history of violence through moments of frozen rupture—savage outbreaks, jarring penetrations, über-masculine struggles for dominance. While Estlund frustrates motion, two neighbouring collages by John Stezaker interrupt the gaze by positioning one image over another. The abrupt yet oddly charming collision of landscape and portrait is characteristic of Stezaker's work, which operates as a cycle of perpetual deferral.

(Image on top: William Crump, You Are My Valley, 2010;  Courtesy of the Artist and FOLD Gallery | London)