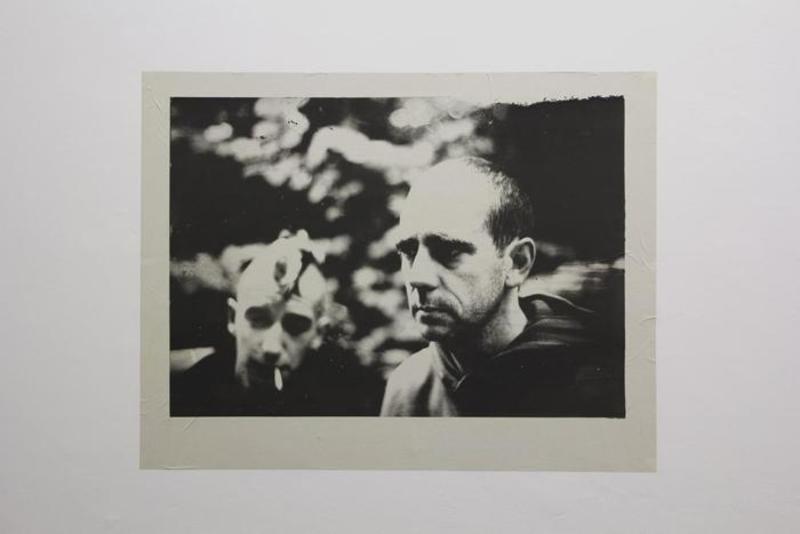 Like rowing a boat; facing the way you came at Gallery Vela

On odd occasions, I take the Central line home from work and every time I do I enter the tube network with the same sense of optimism that this time it will be different – this time it won’t be insanely hot and overcrowded and this time I won’t regret not opting for the slightly slower Circle line where I get a seat. This optimism is never met with success, and each time I feel that sinking sensation of disappointment as the train pulls in. Like a rowing boat; facing the way you came gave me the same feeling, not because of the quality of the art on display but because it needed just a little bit more to make it great.

I love the premise of this show – images that reflect an historical event or period that influences, or has influenced, the artists’ current and future work. If we think of ourselves as a product of our pasts then these artists have been offered the chance to put forward more than just the battered cds and bad haircuts that many would submit as the parts of their history from which they learnt their lessons. Jamie Shovlin’s A Song for Us (Study #3), 2009, a red canvas adorned with the Carpenters’ logo and a white heart, is the work most “to brief,” as it were, but also the piece most easily engaged with. It immediately takes the viewer back to its adolescent bedroom and shares its stories of first love and heartache. I would suggest that most people have a song that takes them back there (mine is U2’s With or Without You) and it makes you really think about all those little things that made you who you are now and indeed what you would exhibit in such a show. 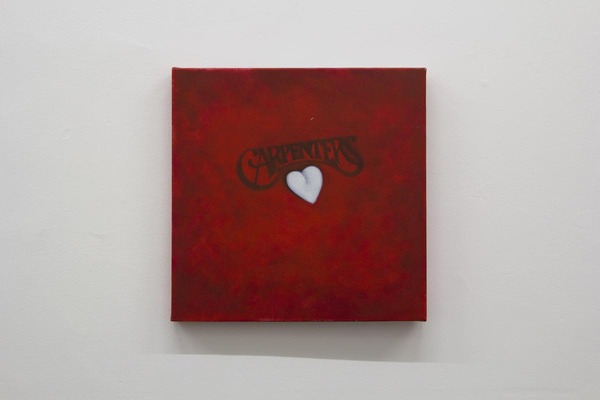 Whilst A Song for Us encourages the viewer to consider her own past through music rather than being biased towards the artist’s own back story, it would have been beneficial for the remainder of the works on display to share a little more. Michael Fullerton’s Danny Fairley, 2010, for instance, is intriguing in its ambiguity – is Danny the punk in the background or the uncomfortable looking man in the foreground? Who is, or was, he? How did his relationship with the artist influence his art? It is frustrating not to be offered any sense of why this work was made. Similarly, Alek O’s A Similar Collection (Sigmund Freud), 2011, a large book of assorted – mainly Renaissance – images, is fascinating, but totally unexplained.

A title this broad provides the opportunity to deal with any number of issues – social, political, religious, economic – but yet very few are tackled. Shovlin is, to me, the most coherent, offering a piercing commentary in his The 44th Incumbent (USA Today, 2009), a simple collage of an image of Barack Obama, the USA Today logo and a newspaper heading that reads “A dream fulfilled.” Ingenious in its clarity, the piece allows the reader to reflect on Obama’s 2008 election victory and the current, less than spectacular, state of the American dream. 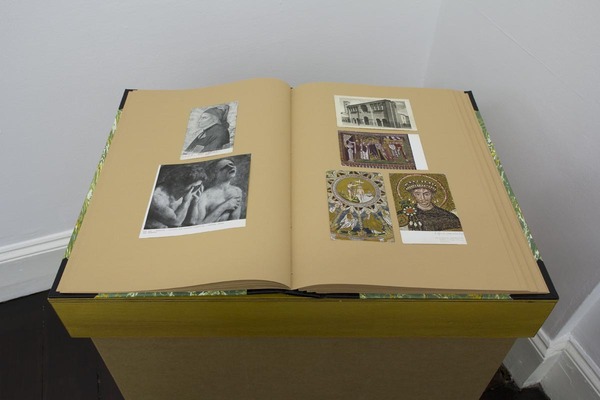 Parts of this show shine with intelligence and humour, and the space itself is well used, but it is frustrating not to be provided with sufficient information to be able to interact with the works on display. It seems that just as events in our pasts can give us a nudge in the right direction, sometimes art needs a little help to get its point across.