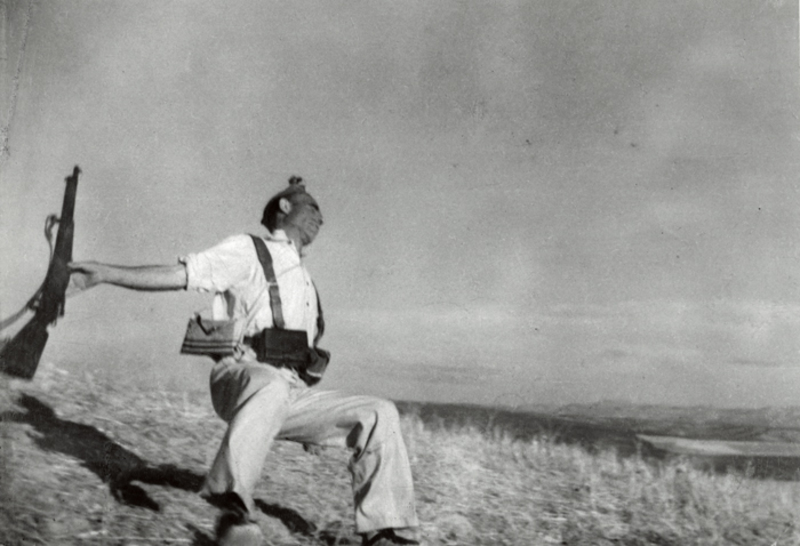 Asked to define what makes a great photographer, Robert Capa famously replied that, “It's not enough to have talent, you also have to be Hungarian.” And there’s some truth in it. Even a cursory inspection of the most influential photographers in world history turns up a remarkable number of Hungarians, whose aesthetic and innovations influenced every facet of the medium from war reporting to fashion photography to artistic abstraction. When you consider how deeply ingrained the photographic image has become into our understanding, expression and negotiation of contemporary life, this is no mean feat. 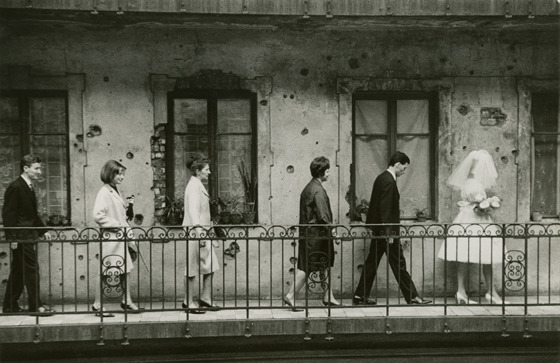 Eyewitness, the RA’s survey of works by Robert Capa, Brassaï, Martin Munkácsi, André Kertész and Lászó Moholy-Nagy (amongst others), attempts to explore this phenomenon with an impressive compilation of iconic photos and lesser-known yet equally powerful imagery. Over its course, this exhibition considers how their country of origin influenced these photographers’ work even though they dispersed over Europe and the USA over the course of their careers.

For instance, Brassaï’s images of nighttime Paris are etched on our collective imagination when we conjure up images of the city – fuzzy lights and inky streets, atmospheric bars and a nocturnal Eiffel Tower, while Capa’s photographs of the Spanish Civil War (the iconic Death of a Loyalist Militiaman) and the grainy realism of the Normandy landings remain some of the most powerful images of combat ever produced. Moholy-Nagy meanwhile found his home at the Bauhaus, where he innovated new methods of cameraless photography, photomontage and solarisation whilst becoming one of the school’s most important tutors. 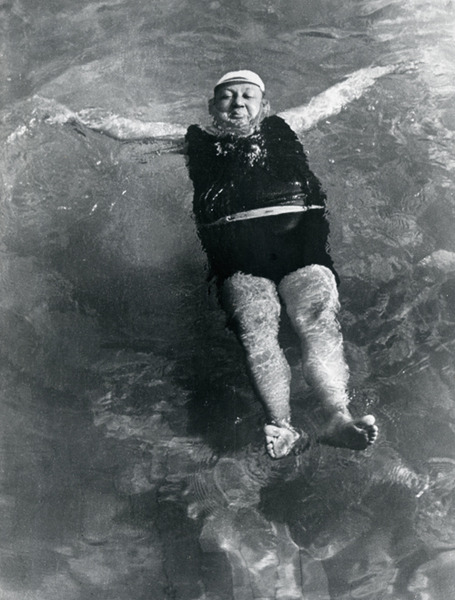 Kertész was guided by an aesthetic rather than a subject and produced startlingly composed imagery. Carefully orchestrated yet poetic, his imagery (which includes his famous series On Reading) influenced global photojournalism to no end. Similarly Munkácsi’s slant on fashion photography, taking the models out of the studio for more dynamic shots, touched the likes of Richard Avedon, Herb Ritts and Bruce Weber later on.

It was political upheaval both in Hungary and across Europe that uprooted these photographers from their home turf, and perhaps the sense of being an outsider lends itself to acute observation of human activity through the camera lens. Wherever they were, they created a universal language using photographic imagery and Eyewitness proves this is still resonant today.

All images courtesy the Royal Academy

Posted by Laura Bushell on 7/17/11
Tags: Royal Academy, Hungarian photography
RELATED ARTICLES
COMMENTS (0)
ArtSlant has shutdown. The website is currently running in a view-only mode to allow archiving of the content.