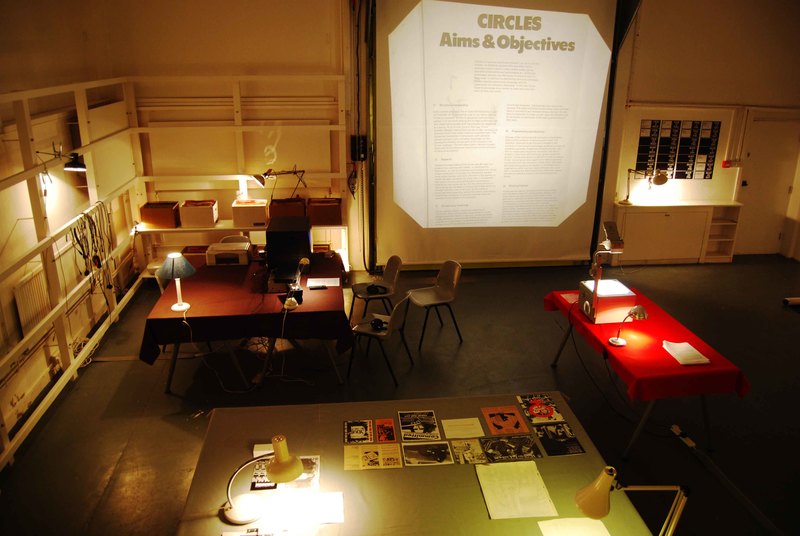 Cinenova is a non-profit organisation dedicated to distributing films and videos made by women. Formed in 1991 from the merger of two feminist distributors, Circles and Cinema of Women, it provides the means to discover and watch experimental films, narrative feature films, artists’ film and video, documentary and educational videos. Throughout February and March, The Showroom has become Cinenova’s archive, an active resource from which visitors can choose, browse and watch a range of rare, experimental and feminist films. This is a unique opportunity to study and engage with this work and to reflect on it, not only as an historical archive of the feminist movement, but also as continuing model of collective practice and issue-based work.

Selectors invited by The Showroom have chosen a work from the collection, which is shown daily, but visitors can also make requests. I watched ‘Away from the Sidewalk’ Directed by Gold Oruh and selected by Adelaide Bannerman. Made in Nigeria in 1985, this film observes the women’s political movement in Nigeria focussing on several women who were rising above the sexist politics and policies that pigeonholed their roles as wives and ‘king-makers’.

There is something about the integrity and honesty of women at the cusp of political revolution speaking about their cause that is difficult to ignore. It generates a belief and instigates a following that is distinctly lacking in today’s politics. Duncan Campbell’s portrait of Irish Socialist Republican, Bernadette Devlin, currently showing at the British Art Show and De La Warr Pavilion captures this same spirit.  There is so much more to Reproductive Labour than political upheaval. There are artists’ films, feature films, queer films, films exploring women’s sexuality, illness, psychology, the past, the future…I could go on. All are present at The Showroom, supported by Cinenova’s paper archive. Like many organisations of this kind Cinenova is threatened with closure and lack of funding. Take this opportunity to spend a day with this powerful and crucial resource. It might be your only chance.

All images courtesy The Showroom