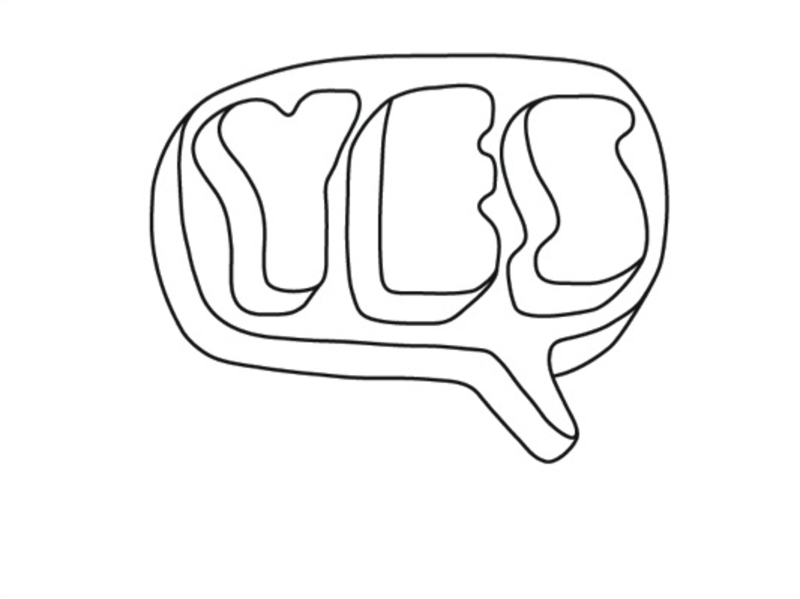 Laureana Toledo's solo show at the Trolley gallery is definitely worth the trip. If not for the artwork, then surely for the free minimalist “YES” posters available at the door (I'm having mine framed).

The opening was quite an event to navigate, but after manoeuvring past an irate neighbour and a tipsy gallerist I finally made it inside to see Toledo's work.

The first section of her show was an installation of newspaper headlines which she collected from newsagents in East London. From each news placard she blocks out all but a few select words and then places them along the walls of the gallery to form phrases and even lines from well-known poets.

Like Marina Abramovic, Toledo attempts to lend new meanings to to previously static objects; but where Abramovic does this through performance, Toledo achieves the same effect through photography. A perfect example of this is her architectural study of negative space which, according to patrons of the show, was by far the most popular work.

There are some other photographic studies at Toledo's show, including one of the Bologna Railway Station tracks which will positively leave you with a lingering aesthetic of Toledo's work.