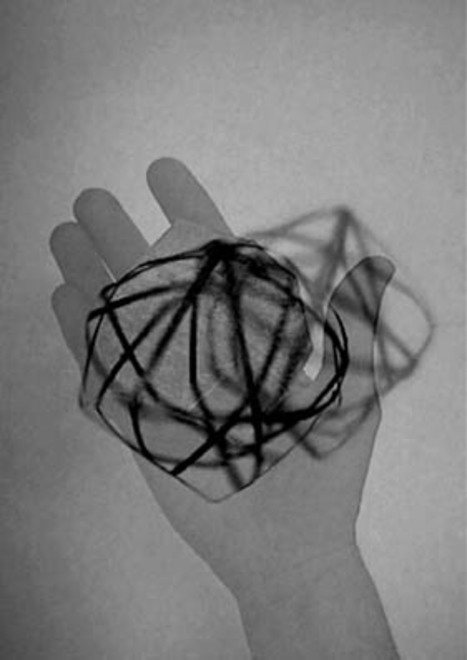 Steve Richards and Rachel Cattle have collaborated making short films together over the past five years. Their latest ‘Cosmographia’ takes its title from one of the most successful and popular books of the 16th century - an encyclopaedic record of the known and imagined worlds by cartographer Sebastian Munster.

The film’s ten minute sequence takes you on a journey through and above pencil drawn maps, repeated shapes and abstracted patterns. Without seeing it, I know that description might sound like a typical and relentlessly boring ‘abstract’ video piece - but it isn’t. This film has a distinctive character and a magic quality that I haven’t seen for a while.

With the camera angles montaged, faded and overlapped, the drawings become unexpectedly cinematic, especially as the scenes of recurring images are set against a loud operatic soundtrack.

This adds to the paradoxical ‘epicness’ of the film. The lo-fi, handmade and makeshift aesthetic provides a cheerfully light-hearted appearance - The opera music encourages it all to become very theatrical, adding a sprinkle of humour.

But under the surface of any frivolousness, inside the dark room in which the film is screened, is an earnest and grand gesture for opening up some intellectual contemplation and philosophical thought.

Done in a way that is in no way annoying, collectively, these images are inspiringly symbolic. The genuineness of simple, mixed with grand gesture, makes this film obtainable on different levels. The geometric shapes are integrated with glimpses of hand drawn constellations, hermetic allusions, platonic solids, harmonic music and a big wide human eye allows you to gaze directly at the parallels between exploration of shape, eternal recurrence and an artist’s inner and external workings.

I found the quality of relatedness in this film inspiring; it led to conversations about the esoteric, occult magic, spiritual mathematics, universe and the concentrated observations of artistic enquiry.

Maybe it was the opera music…..either way it was nourishment for my soul after seeing some much emptier art works along the way.

All Images Courtesy The Transition Gallery

Posted by Jane Mae Howard on 1/31/10
RELATED ARTICLES
COMMENTS (0)
ArtSlant has shutdown. The website is currently running in a view-only mode to allow archiving of the content.