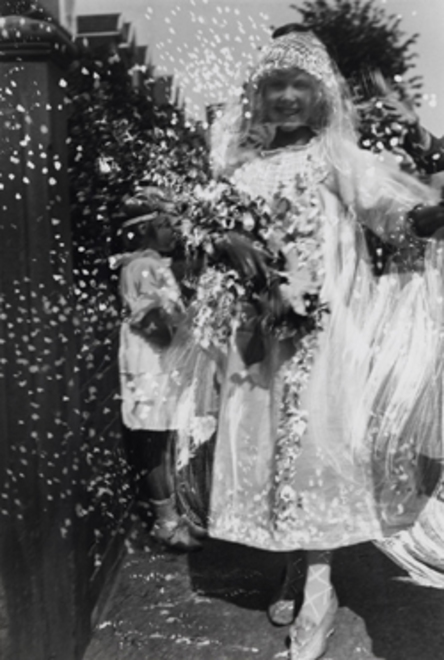 The guest curator, Paula Rego, has chosen the title Thresholds for this selection of prints, drawings and photographs that date from the beginning of the 20th century. Rego claims that the link between the 50 works on display is one of anticipation, containing an element of suspense. The people illustrated are “on the brink of something.”

This is the fourth Whitechapel exhibition in a series sponsored by the British Council, which has an extensive collection of British art. For 75 years the British Council has been displaying this collection around the globe with the aim of maintaining “cultural relations” with foreign countries and now they would like to establish them with British people themselves by displaying the works here.

Rego, who had the entire 8000 piece collection to choose from, seems to have loosely threaded these pictures together under the vague heading of “thresholds”, yet she did manage to select enough name-brand artists to actually draw a crowd to this otherwise unattractive show. Many of the works merely echo the themes found in Rego’s own work, themes such as domination and rebellion, suffocation and revolt which we can see in Kitaj’s print, A LIFE.

The few works that actually do correspond to the title of the show are quite interesting. The etching entitled Waiting is a picture of a woman who is on the brink of either crying, or killing her husband. However, In The Hermit, a very colorful and serene man doesn’t seem to be on the verge of anything other than reaching for the water pipe located directly behind him.

Rego’s selections, as random as they might be, are interesting to look  at while you are waiting for your friends to finish seeing the main gallery downstairs.  Thresholds will be on display until March 14th, 2010.