A group show "2012 California Open Photo Show", will presented at The Loft in San Pedro.

The show was curated by Paul Blieden and Jim McKinniss, both photographers in the Southbay area of Los Angeles County.

The opening will be on August 2nd, 2012 between 6pm and 9pm.
music, wine and snacks will be provided.

In the back gallery photography of the curators, Paul Blieden and Jim McKinniss, will be presented. 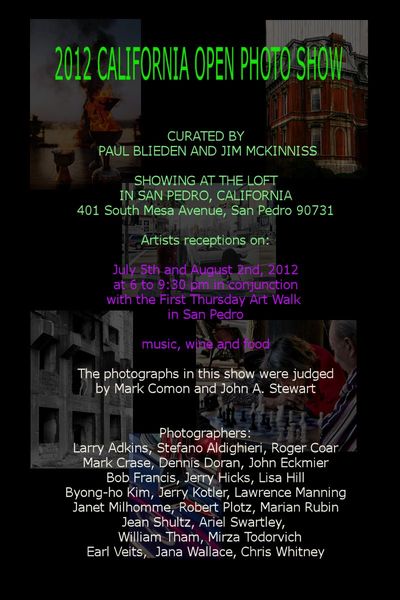