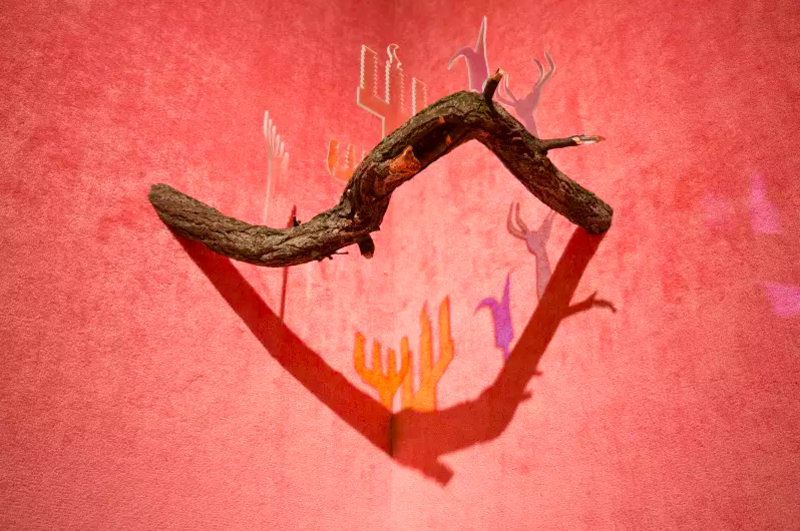 The Best Non-Profit Art Spaces in the UAE

Like other industries, the art world should come under the scrutiny of fair and equitable business practices. With so much privatization in the gallery and museum world, it's as good a time as any for consumers of culture to question where funds come from—and where profits are going. We've been seeking out the best not-for-profit and community conscious art spaces in the most commercial cities on the global art circuit. As part of our mission to give art a social slant, the latest stop in our series exploring these venues is the United Arab Emirates. Check out our non-profit guides to spaces in Los Angeles, New York City, San Francisco, London, Berlin, and Miami.

Can a not for profit entity truly exist in a country that does not assess taxes? In the United Arab Emirates (UAE), neither Emirati citizens or expat residents pay taxes. As a result, high-income individuals and companies aren’t incentivized to make charitable donations or establish foundations based on tax write-offs, as in many other countries like the US.

Though some galleries, foundations, and programs describe themselves as not for profit, this self-declared status is not audited and financials are not posted publically at this time.

Government and Patronage Support for Artists and Galleries

The country has a rich art eco-system with government departments such as Dubai Culture, and Abu Dhabi Tourism & Culture Authority supporting many artists, festivals, fairs, and arts initiatives with generous funding. There is a vibrant culture of patronage. For example, members of the royal family and prominent locals such as the Alserkal family, which operates and owns Alserkal Avenue, an expanding hub for approximately 40 galleries and creative spaces, support the arts from their own resources, and typically with a level of humility seldom found in the flashy world of art patronage abroad.

In addition, Abu Dhabi Music & Arts Foundation, which is under the patronage of H.E. Sheikh Nahayan Mabarak Al Nahyan, Minister of Culture, Youth and Community Development, provides educational opportunities, awards, and programming to the Abu Dhabi public. An annual highlight is the Abu Dhabi Festival in April, which celebrates local heritage with performances, exhibitions, recitals, and activities at a grand level.

UK-Based Foundations with a Presence in the UAE 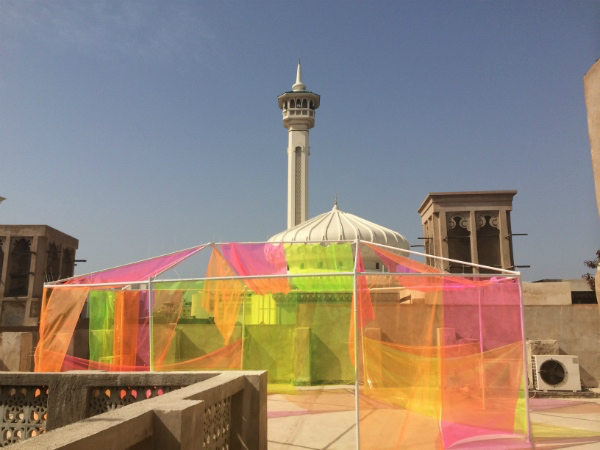 These resources are supplemented by support from several London-based foundations with involvement in the UAE. The Delfina Foundation—the brainchild of Delfina Entrecanales whose former Delfina Studio Trust offered UK artists spaces for four decades—furthers non-political artistic exchange and has co-sponsored the A.i.R Artist in Residence Programme for emerging artists (along with Art Dubai, Tashkeel, and Dubai Culture) to coincide with Dubai’s annual art fair. Crossway Foundation sponsors artist journeys abroad for emerging stars who win a competition. The latest expedition brought artists from the UAE, Saudi Arabia, Kuwait, and the UK to Japan, for an infusion of Yayoi Kusama’s pumpkins, manga, and Japanese traditional arts. 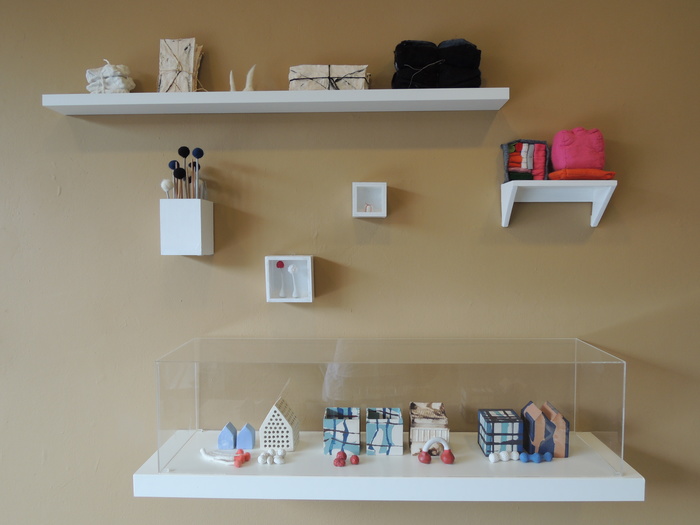 This accessible, non-pretentious community-centered arts hub is set off to the side in Mall of The Emirates (yes, the famous home to an indoor ski slope and a troop of penguins). The complex features a theatre, studio classrooms, a public library, and an art gallery. It has built a strong reputation as the go-to source for inclusive art and theatre classes. In the last year DUCTAC has grown in the level of theatrical and musical productions which are either brought in from abroad or conceived in the UAE, with everything from a production of Palestinian playwright Amir Nizar Zuabi’s I am Yusuf and This is My Brother to Madame Butterfly. The Gallery of Light space features a curatorial program that brings together artists and works from around the world. Urban:ness, which ran last month, introduced artists from Singapore, India, and the UAE and inaugurated East/East-East, an experimental platform focusing on art from the geographical East. 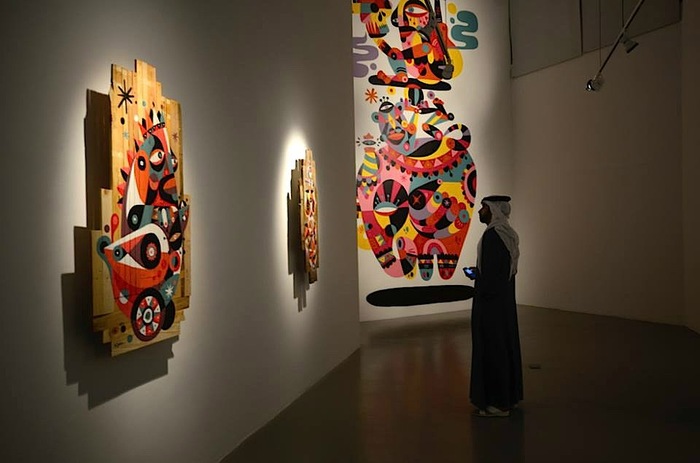 The creative arts hub is a membership-based organization, offering competitively accessible artist studios to a cadre of local creatives as well as shared studio resources to the community. Tashkeel’s gallery is dedicated to showcasing work by members of the hub, including international artists in residents. Recent residents have included Spanish street artist Ruben Sanchez, calligraffiti wonderkid eL Seed, and sound artists Fari Bradley and Chris Weaver. The space is set in Nad Al Sheba, a green oasis in the desert which is home to the local Emirati community. As a result, part of the space’s charm are the local kids on bikes and skateboards who drop by to play in the courtyard or take arts workshops. 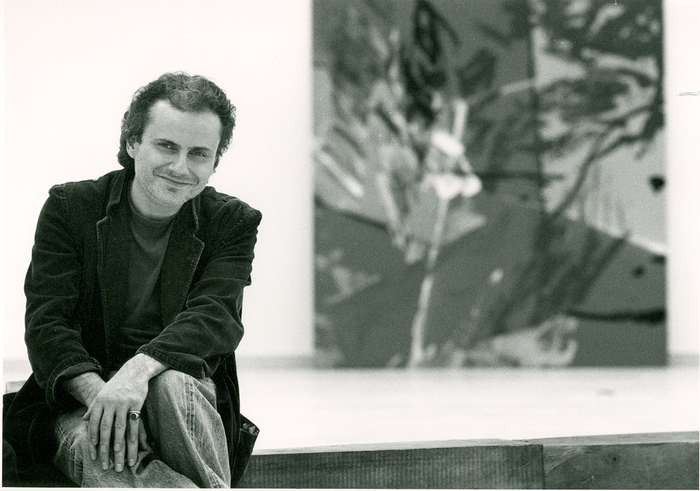 Dubai’s first public, non for profit arts foundation, which I wrote about recently, is set to open its doors on Alserkal Avenue early next year in partnership with the Dubai arts area. The Foundation’s collection centers around the late patron’s penchant for European and American post-minimalist works from the 60’s until present day. Founder Deborah Najar Jossa laid out the structure of the Foundation and its program via email interview:

The Jean-Paul Najar Foundation is a non-profit contemporary art space dedicated to presenting world-class curated exhibitions from the extensive collection of Jean-Paul Najar. The Foundation also commissions and acquires new art works, and champions the role of the art patron. We do not sell art, but rather present our vast collection through three curated shows a year. In addition, the Foundation organizes guided tours of the collection as well as educational programs for children. As a non-commercial “mini private museum” the Foundation is funded by sponsorship, as well as by corporate or individual donors. 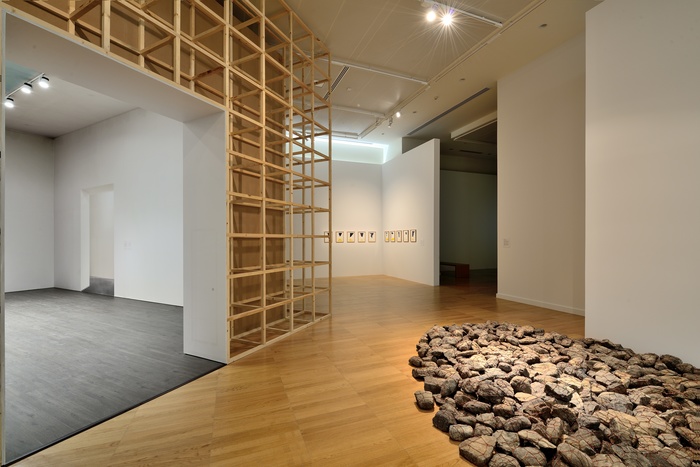 With facilities that would make any co-ed drool, NYU Abu Dhabi is steadily building a solid academic reputation. The newly opened Art Gallery is free to the public and is a standout new cornerstone of the capital city’s expanding art scene. Maya Allison, Gallery Director and Chief Curator unpacks the space’s program as follows:

The Art Gallery at NYU Abu Dhabi serves the public and the university community with scholarly, sometimes experimental, exhibitions three times a year. The art is not for sale, and is usually on loan from a collector or museum. Exhibitions vary from contemporary to historical projects. Our curatorial platform centers on three themes: The Environment, built and natural; Arab and Islamic history and culture; and Art in Global Dialogue. All of these topics register some urgency for residents of the UAE, the students in our university, and for the arts generally. The most important focus for the gallery is scholarly, experimental, and relevant exhibitions that engage a varied and broad audience. 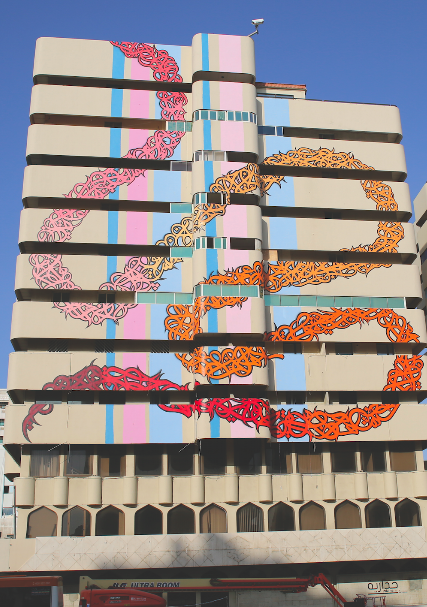 This multi-level space features a community center, exhibition space, and workshop area and attracts university students, children, local artists, and UAE arts aficionados. Maraya is an initiative of Sharjah Investment and Development Authority, and is quietly but effectively acquiring a stunning collection of work by emerging UAE artists. The Centre also facilitates a sculpture park and has recently opened 1971 Design Space, which showcases projects and exhibitions from the country’s popular fledgling design sector. This year Maraya also put an artist in residency program into swing.

(Image at top: Slavs and Tatars, Installation view of Bazm u Razm at Mirrors for Princes: Both Sides of the Tongue, at NYU Abu Dhabi Art Gallery, February 28–May 30, 2015)

The Best Non-Profit Art Spaces in Miami
11/30/15
COMMENTS (0)
ArtSlant has shutdown. The website is currently running in a view-only mode to allow archiving of the content.