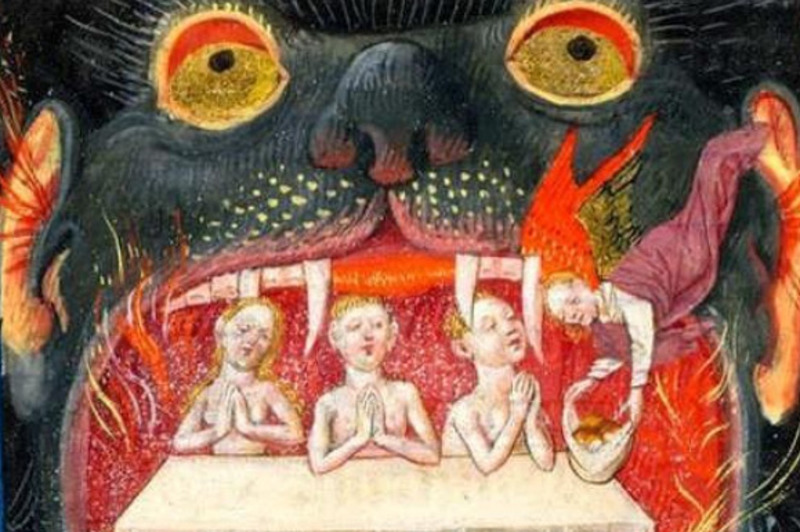 Jerry Saltz: The Conscience of the Critic

What does the conscience of a profession look like? Physicians and futurists have ethics councils. This or that Board or Agency marks the boundaries of most fields and enterprises to better direct cooperative human energy in mutually agreed upon trajectories. Sometimes it doesn’t matter, but overall, it’s a system that has worked well for the past century. Arts writers don’t have a sanctioned conscience as such. Instead, we have a much more free-market approach, a loose band of semi-trained critics lashing out in unconstrained diatribes from their computer stools and standing desks.

Overall, arts criticism is usually a home for the forefront of progressive politics (except when it’s not: ex. 1, ex. 2) and an exercise in encouraging artists’ engagement with redefining humanity through cultural progression. Most can agree that one of the main purposes of contemporary art is to push, prod, and critique people into being better, even if it means belaboring points.

An arts writer’s conscience then lies somewhere within the term “progressive.” Progressivism, a wholly Western concept, was the concern of Kant, Hegel, and Marx and was conceptualized as a rejection of cyclical time (colloquially, history repeating itself, and a notion that is deeply tied to Judeo-Christian’s conception of time). To reject the notion that time is cyclical and therefore the notion that the human will is hemmed in, an end point was needed. For Kant, the terminus was the abolition of war through education. Hegel was a bit more of a pessimist, arguing that conflict was absolutely necessary for progress to be a condition. The endpoint for Hegel was self-realization and the development of a rational system of nation states that would then mark the end of history. Marx also argued that the culmination of human history lay in the development of rational systems but that they would be based on humanity realizing cooperative self-interest. Sometimes we forget that “modernity,” the condition of the Western world 50 years ago, was seen as the end point of progressivism. Yet, here we are, beyond the end of history, in postmodernity, still fiddling away, fine-tuning and evangelizing progress to the far-flung corners of the globe. It could be argued that the new modernity will be one in which we are all freed from our bodily strictures, ascend into a realm of pure surface and become the Geist that Hegel hoped for. Rational systems and societies of surface make me wince dystopic. Darkened visions of pod people and VR happy days. But, still, it's enticing.

The end of history, however, is unlikely and what we are left with is cyclical progression. Even with modernity spread to every corner of the Earth, outer space remains. Progress! Forever!—it’s the perfect motto.

In the meantime, we’ve got our short lives to live and a lot of time to devote to the minutiae. So let’s get dirty.

This sentiment seems to be the bellowing call of art criticism’s most well-known enfant terrible, Jerry Saltz. Saltz came of age at a time of obnoxious moralism and social conservatism. A simpler time when being nude was revolutionary. Now, when most people have to worry about an errant nude selfie floating around the internet, no one ought to care if you’re naked anymore, let alone in the arts where shock value and market value are virtually synonymous. But back in March, Saltz got the boot from Facebook for posting medieval art that featured the naked form. Turns out, artists that followed him were taken aback by the imagery (and probably his “idiotic jokes”) and reported him to Facebook. Saltz lamented that this incident finally broke his naive fascination with Facebook:

On Facebook, the boundaries between high and low seemed finally to slip away. Doing criticism in public, in real time, live, was thrilling, satisfied my need to try new things, reach a much, much wider audience, be a ham, alleviate the long terrible hours of aloneness that all writers and artists know well, all the while exercising my own demons and dancing naked in public.

This from people who subscribe, navigate to, seek out, and read my Facebook page voluntarily, people who then use their energy to criticize how I’m trying to use mine. This seems perverse to me.

And anyway, I love that the art world is always getting its panties in a wad about the collapse of cultural values and the like. I didn't mind being "the like."

For me this is illustrative of a severe break that is extremely encouraging. The high and low is finally slipping away and people are allowed redress against what public personas and organizations express. Saltz bearing criticism is the internet in action. When phrases like "panties in a wad" are used, you will be called out for your misogynist bullshit. Dancing "naked in public" is encouraged but be ready for the response because we live in a polyethical society. This polyethical society will grow and shrink towards convergance but it doesn't happen overnight, not even in small, specialized groups like the one that follows Saltz on Facebook.

Progress towards and out of modernity has led us to a point where traditional power structures are continuously questioned, dismantled, and reassembled in new formations. These are the effects of progress that will continuously cycle, bringing progress to bear on the now.

Saltz is conflicted, at once wanting to protect his position of power—let me post what I want!—and celebrating the freedom of playing the devil on the shoulder.

There's a fantastic conversation between Vulture editor David Wallace-Wells and Jerry Saltz on the release of Kim Kardashian-West's book Selfish. In it, they go through the general derision that came to define Kardashian-West's image within popular culture: a kind of begrudging acceptance and in that acceptance, a kind of rapturous thrall. The interview takes on a meta-tone for those familiar with Saltz; as they break down the popularity of Kardashian-West they are also breaking down the popularity of Saltz. It might be best summed up by the following quote from Saltz:

We have so many people using their energy now to attack how other people use their energy. This is the new nullity.

I'm not sure what the old nullity was, but again, this process of social critique practiced by the masses is not nothing. It is everything! It is our future, it is progress in motion! We do not cancel each other out, we make each other better. We are our own conscience.

(Image at top: One of the offending medieval images that got Jerry Saltz kicked off Facebook)