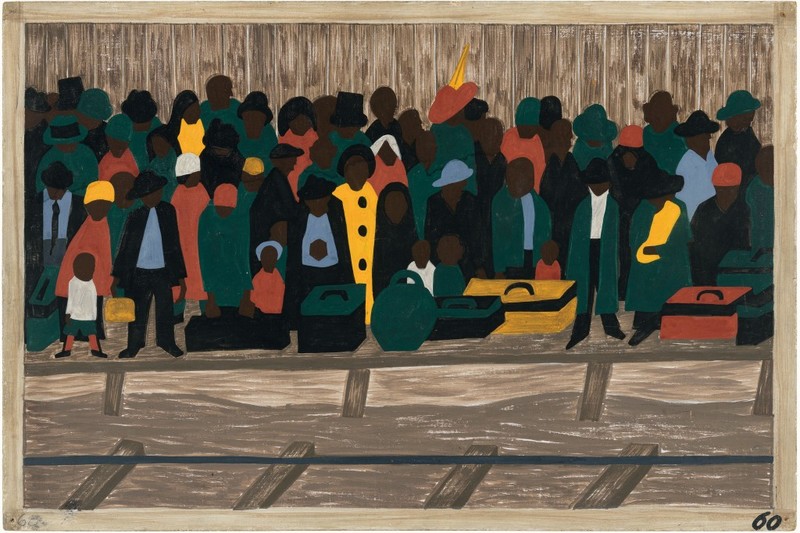 The Place of the Museum: Jacob Lawrence at MoMA

You see, there are so many kids in this country who look at places like museums and concert halls and other cultural centers and they think to themselves, well, that’s not a place for me, for someone who looks like me, for someone who comes from my neighborhood. In fact, I guarantee you that right now, there are kids living less than a mile from here who would never in a million years dream that they would be welcome in this museum.

That was Michelle Obama at the opening of the new Whitney Museum in New York last week. Racist right-wing rags decried the missive as "race-baiting" but the message is indeed very needed and a short trip uptown to MoMA will show you why.

MoMA has been a contentious site. Contended by tastemakers and aesthetes for its iconic nature and its ability to direct attention and generate conversation in the art world. Controversies and failures, of one kind or another, dot its recent history but none has been seized upon as much as the most recent Björk exhibition. Generating the feeling of a theme park crossed with a bizarre Graceland-like homage, the Björk retrospective is a truly strange thing to be housed at the MoMA. However, the exhibition's greatest sin is that it is poorly designed and thinly conceived. It adds nothing.

But this isn’t MoMA’s greatest transgression at the moment. The true travesty is the tone-deaf marginalization of a well-conceived, timely, and necessary exhibition overshadowed by the art world’s tizzy over whether or not a pop artist is an Artist. 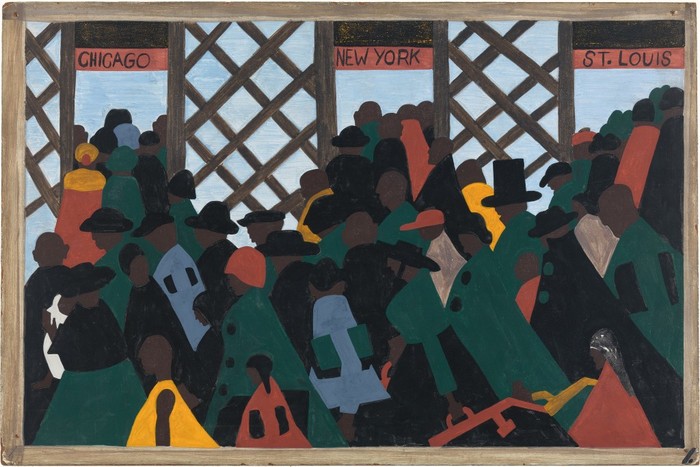 One-Way Ticket, curated by Leah Dickerman, is an exploration of the Great Migration, the mass urbanization of a group of people who came from the rural Jim Crow South looking for opportunity, often as a result of a concerted effort by white Northern businesses to entice cheap labor into the factories that would propel the entire nation into modernity. Given the recent protests by the descendents of this movement against the systemic racism in policing that enforces poverty in our nation's cities, an exhibition that explores the birth of large black urban populations and their effect on the culture of the United States seems like a great idea—like really, an amazing idea.

As the First Lady pointed out, the museum should be a site that is representative of a people's culture and is often guilty of only representing the culture of white Americans. The dominant cultural narrative in the United States has been one that ignores and stereotypes minorities in favor of presenting a smooth cultural narrative that is founded in whiteness. 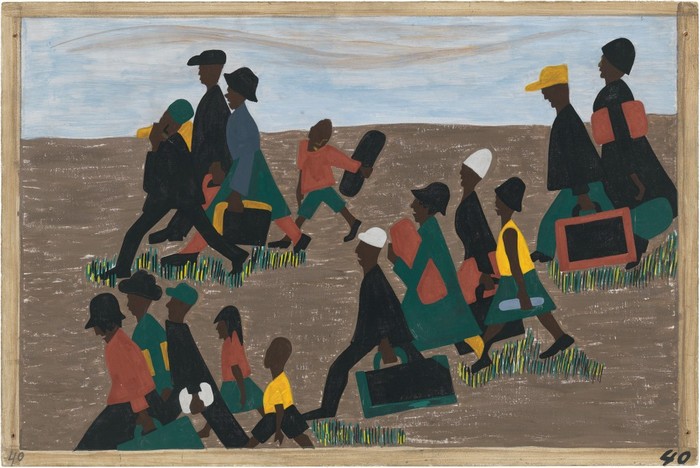 Walking off, frustrated after again seeing the waste of space that is the Björk exhibition, towards the photography galleries in the north wing of MoMA, a wall graphic depicting the population demographics of America's major cities before, during, and after the Great Migration led me towards a small room in the museum's margins that houses One Way Ticket and Lawrence's Migration Series. His most popular body of work, Migration Series tells the story of the mass movement of six million people from the rural South to the urban North that began in 1910. Each panel is accompanied by the original 1941 wall text written by Lawrence which contains the epithet "negro" instead of the 1993 version which uses the term "African American." I didn't notice any explanation as to why the original was used though on MoMA's virtual exhibition. You are given the option to compare the two, as if the linguistic distinction were a curiosity of history.

The only people of color I saw in the exhibition were the security guards. Living in Bedstuy, I haven't seen a single advertisement for One Way Ticket though every stop on the G has a poster for Kehinde Wiley at the Brooklyn Museum. 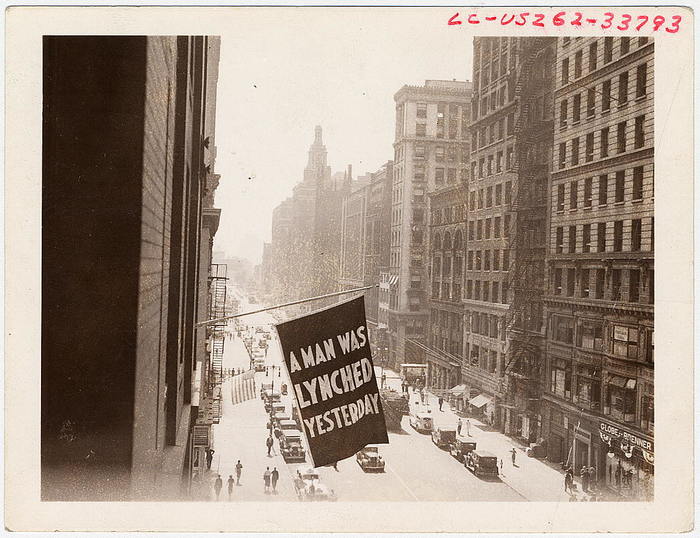 In another side room, a video of Billy Holiday singing "Strange Fruit" in 1959 played on a loop, alternating with a visibily nervous and distraught Marian Anderson singing at the Lincoln Memorial in 1939. The feeling of tense anguish was palpable and I couldn't help but watch Anderson's face twitch and contort, a discomfort that seemed to extend far beyond the stage.

The next room portrayed the realities of being black in America during and after the migration. Images of "land owners and their field hands," protests against lynching (the last official lynching in the US was in 1981), and the new urban lives of migrants portrayed a heavily contested life for the people that would fuel the largest and longest economic boom in the modern world. They would not see a share of the fruit of their labor.

Perhaps it is a function of the museum to turn anything it displays into a curiosity but there have been many exhibitions that use history to shine a light on the present, to force the visitor to encounter themselves and come to grips with truths and realities that we do not want to face because they are uncomfortable. The use of the 1941 captions as wall text placed Lawrence's paintings in a far away time, it separated us from them, the "negro." The rest of the exhibition, which contains amazing treasures depicting the harsh realities faced by some six million Americans, was soiled by this perceived distance along with the actual, physical marginalization of this exhibition within the site of the museum.

The site of the museum is one of whiteness. Until museums accept that they can be a site for all and take the time and foresight to insert themselves correctly into pressing conversations on culture, they will remain a place for some, not all. MoMA, you can start by spotlighting what is most important to this country instead of once again marginalizing a people.