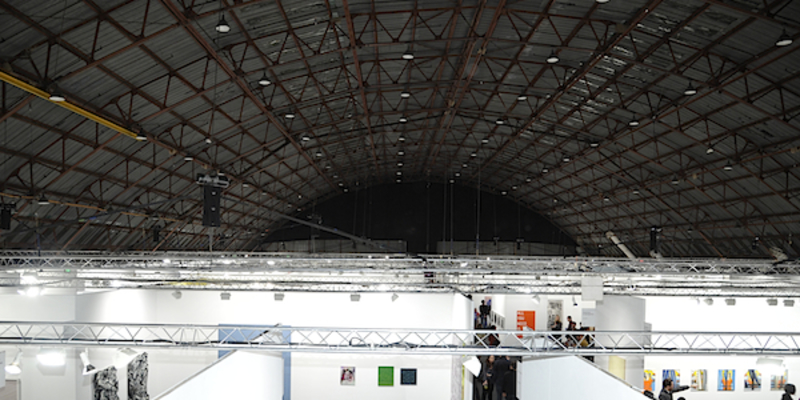 Living in Los Angeles as an active member of the art scene involves making many choices on a weekly or even nightly basis. In other cities, where art spaces are packed tightly together in close proximity, it’s usually possible to hop around to visit a number of events on a given night, using public transportation or grabbing an Uber, no big deal. Los Angeles, on the other hand, is not one city: it is many. It is unimaginably spread out, and the vast distances between the different art enclaves generally prohibit one from hopping from one to the next in the same evening. Especially on weekdays when travel times can easily double or even triple in the face of rush hour traffic. So unless you’re traveling with a racecar driver, have a personal valet, or have a divine gift for finding parking, the best bet is to make a plan and target one area. With Art Los Angeles Contemporary (ALAC) this weekend, it’s time to get those plans in order. Here are your choices: 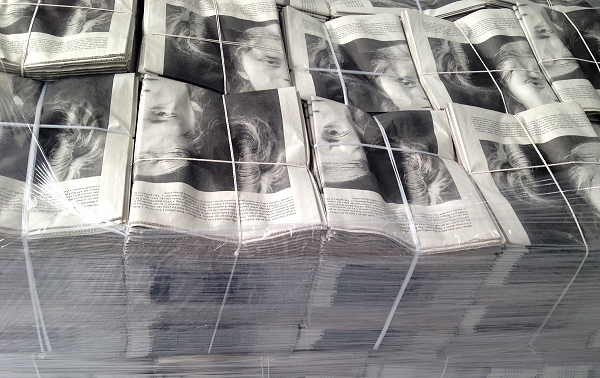 If you’re itching to get the first peek at ALAC’s offerings and if you’re in the market to buy, you should attend the opening reception. Hans Ulrich Obrist will be there at 6:30pm for the ForYourArt-sponsored Artist Books and Cookies launch with Felipe Ehrenberg. And at 7:30, join writers Kate Wolf, Travis Diehl, Tracy Jeanne Rosenthal and other contributors to ALAC’s special publication, the Art Los Angeles Reader, for its release.

If you’re an art-book hound that can’t wait to get your hands on all the books, zines and merch available at the Book Fair, and/or you’re a fan of the bands NO AGE or Prince Rama, you should get thee to the Geffen Center for the opening night festivities. Performances that night start at 7pm and include the aforementioned music duos on the Courtyard Stage, and a screening of Black Radical Imagination Mixtape: a video and new media presentation curated by Amir George and Erin Christovale. 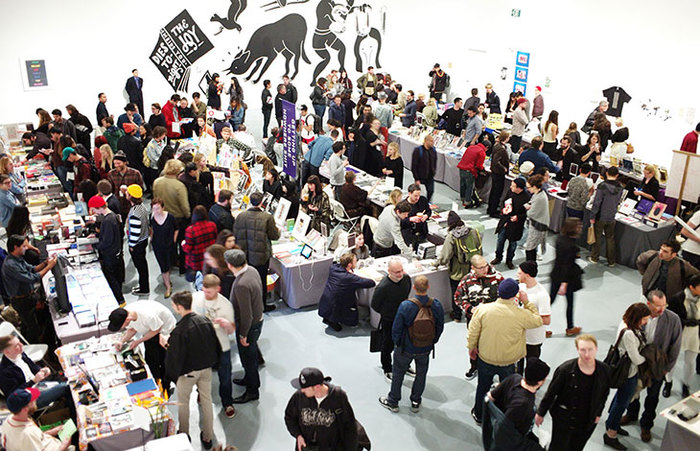 On Friday you’re once again faced with the dilemma of east or west. Maybe if you went to the ALAC opening on Thursday, you’ll want to visit the Art Book Fair today, or vice versa. At the Art Book Fair on Friday you can see performances by Carmen Winant (My Life as a Man, 2pm), Rick Myers (Fragments of a failed bullet [A Bullet for Buñuel], 4pm), Johan Rosenmunthe (TECTONIC CRYSTAL HEALING, 5pm), and Ugly Duckling Presse’s Emergency INDEX, a document of performance practice and live performances by Angela Washko, Steve Chodoriwsky, GWC Investigators, Neha Choksi, and Am Schmidt (6pm), and musical performances by Lucky Dragons and many more.

After hours, skip over to 356 Mission from 7–9pm for a party celebrating the launch of books by Lisa Anne Auerbach, Eric Wesley, and David Benjamin Sherry, and others. 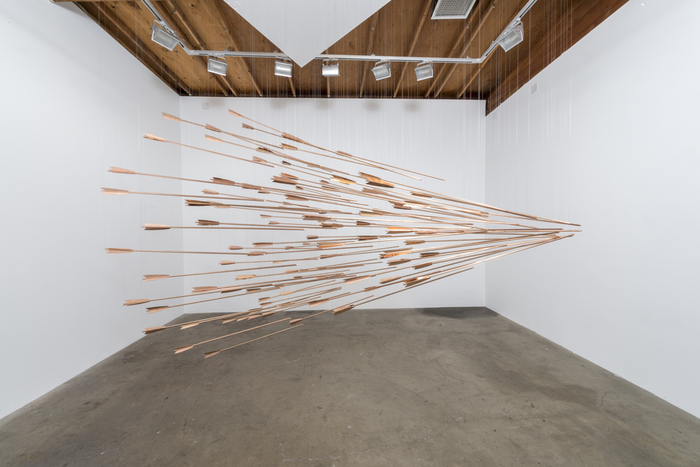 Glenn Kaino, A Shout Within a Storm, 2014, Installation view of Labyrinths, 2015 at Honor Fraser

Friday might be your day to explore ALAC. While there be sure to stop by Tif Sigfrids’ booth, where you will be greeted by an actual used-car dealer, there to sell you some paintings by Joe Sola. At 4pm Berlin-based curator Marc LeBlanc will show Passages, a screening of a series of videos by Keren Cytter, Alicja Kwade, Jon Rafman and more (part 2 screens on Saturday, again at 4pm). If you find time, you could fit in a quick trip over to nearby Culver City, where we highly recommend exhibitions by Glenn Kaino at Honor Fraser and Farrah Karapetian at Von Lintel Gallery. 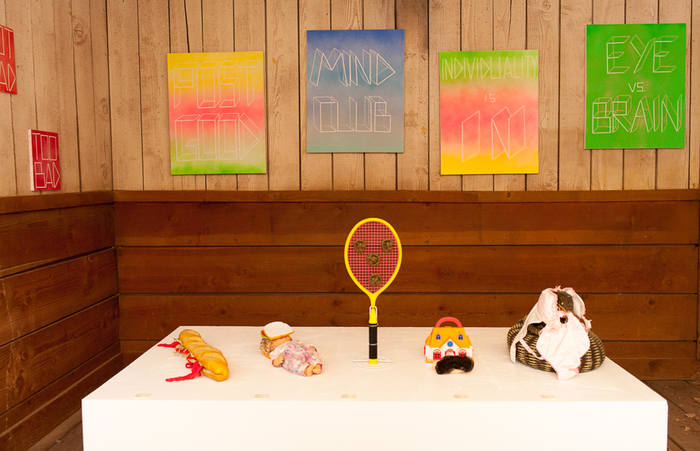 Saturday marks the opening of Paramount Ranch. Set on an old Western movie set in the Agoura Hills, this is going to be at least an hour drive for everybody, no matter where you’re coming from (unless you live in Malibu or something). So spend the day! Enjoy the rugged scenery, the olde-timey sensibilities of your surroundings juxtaposed with cutting edge contemporary art. Now in its second year, Paramount Ranch has expanded its offerings, with 54 presentations by artist-run projects, non-for-profits, and galleries from as far away as Berlin and Tokyo. 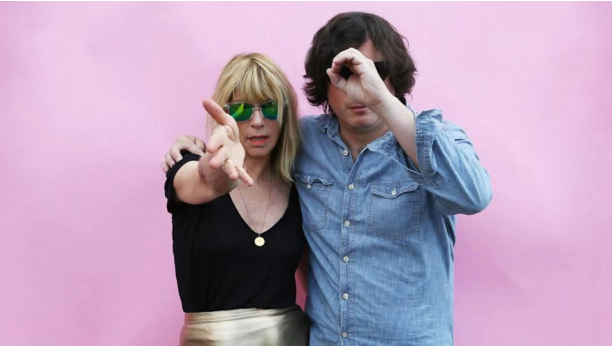 For your evening entertainment on Saturday, you might find yourself at the Getty for their free Saturday Nights at the Getty series. This particular Saturday, 7:30pm, you can see experimental electric guitar duo Body/Head (Kim Gordon of Sonic Youth and noise musician Bill Nace). Hopefully you RSVP’d already or know someone who put in an RSVP, ‘cause that show has been “sold out” since it was announced.

City: If you decide to stay in the city, Saturday is when most of L.A.’s galleries celebrate exhibition openings. So you could potentially browse the fairs if you still need to, and then pick a couple openings to visit. But beware, don’t scatter your efforts too widely. Even though it’s Saturday and traffic likely won’t be much of an issue, parking still is. Our recommendation is to center around the Miracle Mile area, with the openings of Betty Woodman at David Kordansky Gallery and Michel Auder and Deanna Thompson at Kayne Griffin Corcoran.

Haven’t made it to the Art Book Fair yet? Ready to make the trek out to Paramount Ranch? Missed ALAC until now? Sunday is the day to fill in the blanks in your art itinerary, purchase those last works of art or books you’ve been considering, or, if you’ve already sampled everything and made your buys, maybe visit a museum (LACMA’s Pierre Huyghe exhibition is still on, and there are some new shows at the Hammer). You could continue the Sonic Youth theme and see Thurston Moore play at the Art Book Fair (4pm). Or just take the day off and go get some Korean BBQ. You deserve it!