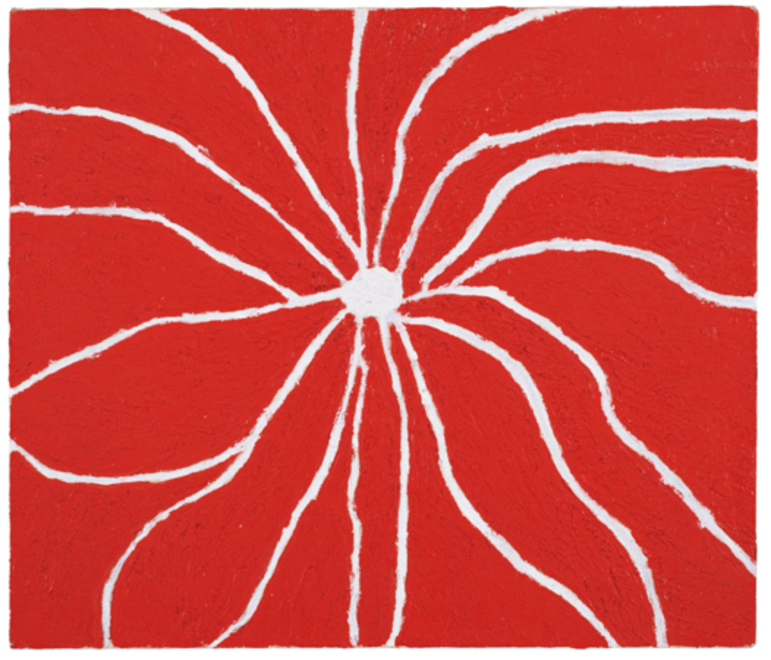 My painting is tomorrow's painting. Watch and see.

“I can close my eyes in a dark room and if there is no outside noise and attraction, plus, if there is no conscious effort on my part – then I can see color, line, patterns, and forms that make up my canvases... I have always copied these arrangements without elaboration.”

I saw my first Forrest Bess at the Hammer in 2008, in Amy Sillman's room in curator Gary Garrell's Oranges and Sardines, a group show composed of artists choosing their favorite artists. Star of David, 1959, was one of three paintings I remember, the other two being a devastating little Paul Thek called God is, 1988, and a little hard edge by Juan Melé called Irregular Frame No. 2, 1946. None of these artists are exactly famous, though they inspired Sillman enough to include them, but all of these works had the quality of taking on everything else in their rooms and then holding their own, these artists’ few tenacious inches simply outmaneuvering and outworking the feet and yards of everyone else.

Thek is obscure due to seemingly being slightly askew from the official narratives of New York art in the 60s and 70s (an artist's artist). Melé is obscure due to our general ignorance in United States of the work of South American modernists (especially those artists who are not Brazilian). Forrest Bess is something different entirely. He was an outsider, not due to circumstance or due to unwillingness or ignorance of dominant theories of art, but an outsider in his own life, a deeply troubled person whose visions extended from traumas that fundamentally split him from polite society. 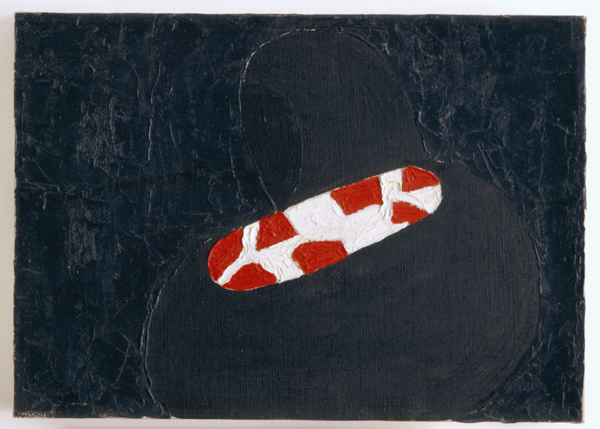 Bess had his first vision at the age of four, and the visions would then emerge again in the 1940s. Living in a place outside of Bay City, Texas only accessible by boat, Bess copied his visions, fished during the day, and then worked on his little canvases at night, works remarkable for their restraint and confidence. He seemingly started out knowing what he wanted to paint, laid that picture down, and then it was finished. No revisions needed. No returning to see it the work could be improved. His paintings have the immediacy of quickly jotted notes.

The Hammer Museum has arranged these visions by Bess in three small galleries adjacent to their permanent collection which includes mainstream hits from Rembrandt to Grotjahn. Together Bess’ paintings come across differently than that first piece I saw in Sillman's room in 2008, which read as a strange intrusion into a recognizable world. Collectively now at the Hammer, the painting is less immediate, more the portrait of an unusual life. Unfortunately, a confession has been beaten out of Bess. Curator Robert Gober goes through great effort to give us not only the paintings but documents, quotes, all sorts of collateral into the mind and work of the artist. The central story is an odd one: Bess believed that he could achieve immortality through becoming a hermaphrodite and actually tried, making incisions in his scrotum to open himself up for entrance.

“Bess' painting are his experiences,” Wayne Koestenbaum wrote of them (in one of the best essays on painting in recent memory), and it is hard to understand what this means. Koestenbaum’s emphasizes the “are” because it is unusual. Art is often the record of experiences, the artist’s or others, real or imagined. Styles of installation can seek to guide or shape the viewer’s experience, but rarely (perhaps only in the realm of religion or the insane) are artworks literally the artist’s experiences.

One way to looks at it is the belief that the subjects of icons are contained within icons. That is not a picture of the Virgin Mary, it is the Virgin Mary. With Bess, those are not images of landscapes, those are landscapes, his mind, his vision, the place where he dwells. Those orifices, to us runes and symbols, are orifices to Bess; they are a program and step towards immortality in the same way, in ordinary life, an application to college is a step towards admittance to college. This is the weirdness of Bess, the belief of Bess.

It was also the arrogance of Bess, the romance of Bess. While there is no doubt that his eccentricities isolated him, he was, in a sense, part of the game. He had six solo exhibitions with Betty Parsons—the gallerist of Jackson Pollock, Ellsworth Kelly, Mark Rothko, and Clyfford Still. When in a letter Bess writes, “I try to tell myself that only by breaking completely away from society can I arrive at a reasonable existence,” it is important to remember the letter was to the art historian Meyer Shapiro. Bess wanted to be part of the official artworld, took steps to be so, and had many famous collectors acquire his work. People knew his paintings were strange and important, and in many ways, his statement “My painting is tomorrow's painting. Watch and see,” feels delightfully modernist. Actually that’s exactly how modernists sound; they always felt under-appreciated. 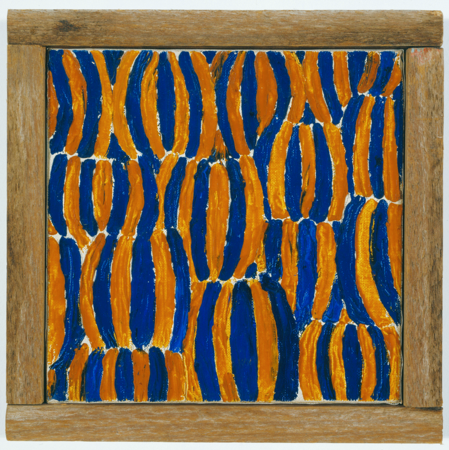 But, that said, why is this little Bess show worth seeing, worth taking in? I like again what Koestenbaum wrote: “For all the power and capital that has coalesced around abstract art in the last sixty years, I don't think that we've given it enough credit as a method for the mind and body to excavate its own temperatures, climaxes, opacities, and valleys.” That Bess looks so fresh, so much like contemporary painting today (willfully eccentric, unable to be fit into any convincing narrative), makes his “watch and see” and his paintings poignant, as though the work to be done is not in the narrative but in the internal mystery of each painter's relationship to their art and themselves.

Eventually all hype and all fame will collapse into the long toll of time and all the whining over the under-recognized and all of the heavy breathing over those that are now proud will come down to simply what continues to hold our interest. If we are careful and keep our eyes open, our Besses and Theks and Melés will continue to come scratching forth from obscurity to rival the argued and studied treasures of their generations, simply through the force of their weird vitality, by their strange resistance to death.