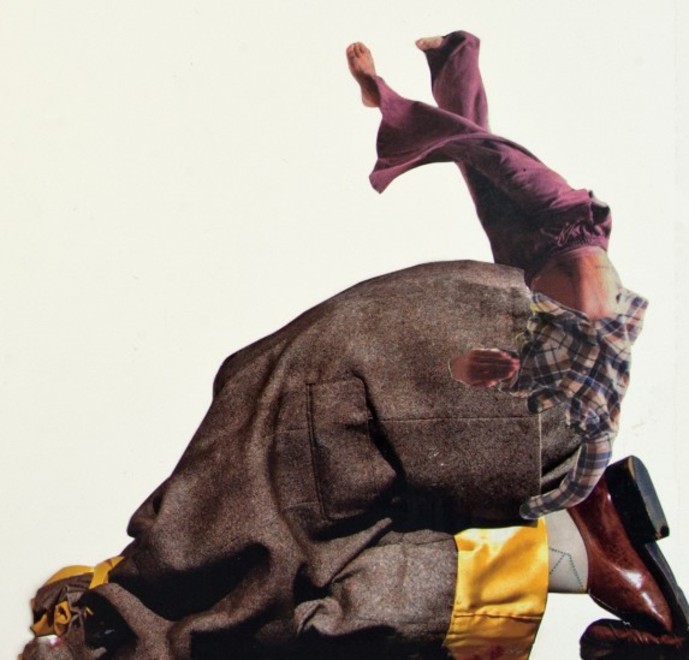 Autumnal heatwaves in Los Angeles never fail to diminish the refreshing thrust of new energy breezing from art spaces around the city. Summer wilts galleries into group shows and makes museums ever welcome air-conditioned hideouts for long-installs. But the fall, hardly ever cool in September, still brings in new skin for the old ceremony, fresh air before the mildish winter chills, not only in premiering first shows from new artists but also in bringing veterans to the city who rarely exhibit here and unearthing treasures from our more masterful locals. To launch the new season, Artslant gives you three artists having their solo gallery debuts and three artists who have proved over decades of work that longevity into autumnal eras hardly fades force but only adds new colors.

From the utilitarian fire hydrant to the lowly orange safety cone, Bettina Hubby has long celebrated the individual power of the humble object punctuating the human landscape. Each with their own lowly but persistent if not essential service, they become not simple things but animated (if anthropomorphized) comrades. A record of my youth by Claw Hammer celebrated the simplest of object gestures when they titled one album Thank the Holder Uppers, but Hubby's is not only a celebration but a body, outside of these hoorays for things and their workers (she recently made a perfume composed of construction worker's own favorite scents). Included here in her commercial solo debut are a series of sultry collages, bodies made almost things, that lose hardly an iota of their swagger. 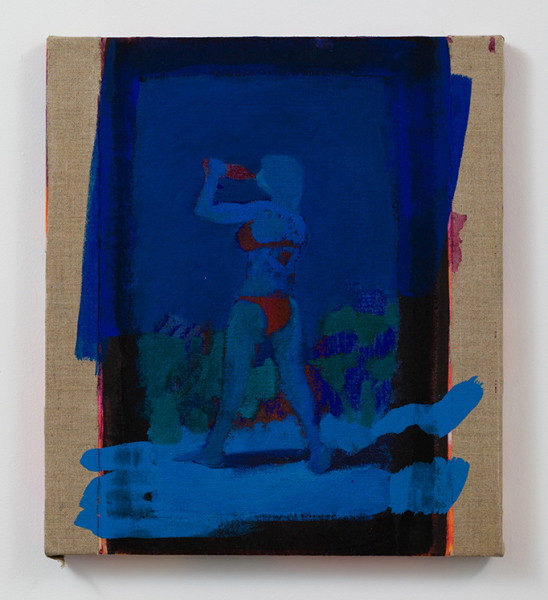 Jibade-Khalil Huffman: The Four People You Meet at Every Drug Deal
Samuel Freeman

In Jibade-Khalil Huffman's solo gallery debut, the accomplished poet takes a few cues from his own slippery stories and layers them into images; adulterated with more than a few mediums, they emerge as weirdly precise and warmly confusing as his words, making their own shapes as they surge along. As the press release quotes Huffman: “Sentences don’t so much unfold as they do morph. Often, a sentence will travel the entire length of a page more like a quickly-shifting river suddenly supplied with too much rain water, than a canal flowing through its pre-dug course."

The professional portraitist took a hard hit when photography knocked the brush and pencil from many well-fed artists' hands, but the art of capturing their friends and luminaries (as well of course the many well-heeled patrons) pushes on here and there in powerful ways. One such adherent was artist and Angeleno Don Bachardy. A long partner of the writer Christopher Isherwood, Bachardy spent a lifetime in an artistic and literary milieu capturing in his precise line a staggering coterie of great artists, a sampling of which is on view here including: Aldous Huxley, William Burroughs, Anaïs Nin, James Baldwin, Ray Bradbury, and Annie Proulx. 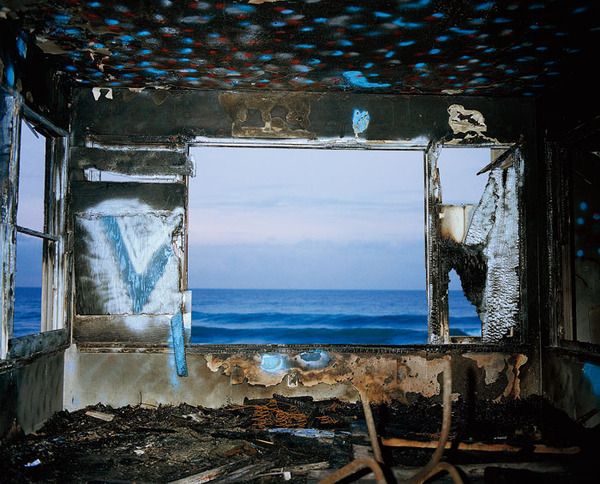 John Divola: As Far as I Could Get
Pomona College Museum of Art

The first of a trio of shows of John Divola's four decades of snapping pictures opens September 7th at the Pomona College Museum of Art (quietly pulling out some of the best shows in SoCal an hour east of Downtown). Whilst the other two museums, LACMA and the Santa Barbara Museum will extend the survey of Divola's work up to the present, Pomona focuses on the artist's iconic Zuma series, a collection of images that capture a decaying structure over time. Such a simple documentary project has been done again and likely before, but Divola's ability to capture the spooky abstractions of decay make these photographs as spirited as Agnes Martin and as sculptural as any of Matta-Clark's splits, all flattened into the tableau of an essentially documentary image. In this well-deserved retrospective, Divola with this series unlocked here for himself and for numerous students and adherents a new potential for photography.

British collagist, performer, and above all artist Linder has with aplomb and force, anger and style, harsh critique and electric energy been making artwork for four decades that has all the sexy outre force of punk with a too rare feminist energy. Her collage for the Buzzcocks major single "Orgasm Addict" featured a well-built lady with mouths for nips and a domestic hand-iron for a head. Punk and its pioneers too often seem in our moment simply another marketing category, but the high, shrill, and necessary voice of Linder handily reminds that conservatism in sexuality and gender as well as the damaging consumerist excess of capitalism and its mouthpiece advertising is as real as ever. But she isn't just a political lynchpin, but truly an artist and an exhilarating one. Her recent collages in her first solo exhibition at Blum and Poe are simply recent bombardments as brilliant as her first fireworks forty years ago.