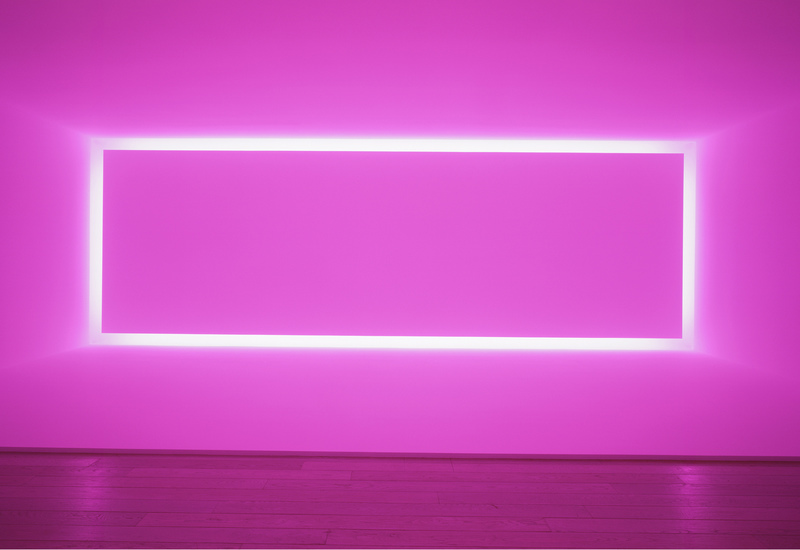 I've always wanted to make a light that looks like the light you see in your dream.

Art is always stumbling into someone else's dream.

At LACMA, be warned of lines and guards; turns out someone else's dream forces you to book a place months in advance, pay $45, sign a waiver to lab-coated girls in exchange for ten or so minutes with flickering lights. Just one of a dozen logistical hiccups. The precision of other people's dreams has a dollop of the authoritarian, thankfully only a dollop.

Most of the show is dreamy.

Few artists have devoted themselves so wholly to light as James Turrell. And though there are more than one acolyte of light wandering the great wildernesses of the world only so many of them consider themselves artists.

Light is spiritual. Light is electric. Light is cosmic.

Divinity has almost always been a play of light. Turrell's grandmother told him once that the reason they were going into the Quaker Meeting House was to breathe in light. He still is trying to figure out what this means.

Turrell has made a Meeting House, more than a few psychedelic light chambers with spacey materials with one form of electric light steady or flickering, holographic or otherwise bent, and has spent his life, many millions of treasure, and at least two marriages building a naked-eye observatory out of a hollowed cinder cone volcano in the Arizona desert called Roden Crater.

There's something ballsy and Promethean about the venture. And the man himself thickly bearded, soft eyed, deep-voiced, speaking in elemental terms about one of the most elemental aspects of existence, evokes a somber, spiritual stillness that's damn charismatic. 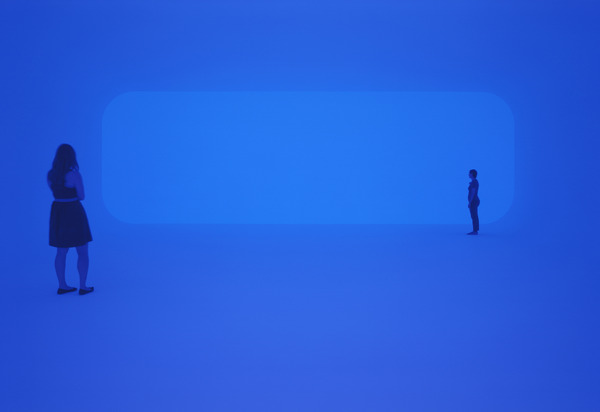 He didn't set out alone; Robert Irwin and Doug Wheeler were there, and others too, all playing with light. They stumbled down different roads, sometimes intersecting in the last forty years. People tend to call that initial gang Light and Space given their penchant for both.

Here Light and Space means a geometric beaming light illuminates a corner; the wall sliced out bends its luminous interior towards us with force; the curved room is a fantasy fallen out of 60s futurism—a clean, bright, trippy heaven where nothing really happens but a shift of color and perhaps an increase in telepathy (see: ganzfeld).

When we look towards art, a few of us are looking for what only light can bring. Illumination.

Do you need electric lights, carved ceilings and walls, and elaborate multimillion dollar observatories to bring us closer to enlightenment?

Remember technology does not make good work. You can still write a poem on a brown paper bag, and haiku is just as profound as the Pyramids.