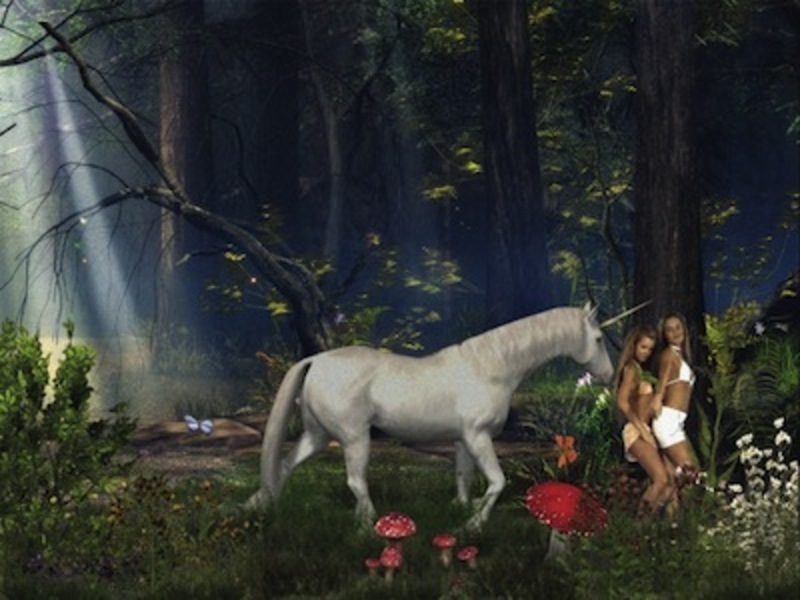 Historically, skepticism and reluctance instilled a fear that technological advancements, such as television, video games, and the internet, would “turn our brains to mush” and inevitably lead to cultural and linguistic degradation.  Curated by Warren Schultheis, Things That Turn Your Brains To Mush (TTTYBTM) explores these fears, by embracing the animated GIFs' (Graphics Interchange Format) nascent application as a burgeoning form of cultural commentary and its contemporary art status as the new media darling of the moment.

A twenty-five-year-old technology most visible during the internet’s early days, animated GIFs are produced from still GIFs compiled together to create a simple animation.  As Flash—now becoming passé itself—came into use this rudimentary animation style was retired. The animated GIF's simplicity, however, is its strength. It has resurfaced online as an emotive and visual communication method, for diversionary and humorous purposes, temperamental outbursts, and blistering commentary on blogs, social media, and in advertising, that is as integral to our language as words.

In Something From Nothing, Chris Silva dismantles an animated GIF, presenting it as a sculptural installation of many still parts in a metaphorical depiction of the low-quality construction that binds it together. Katy McCarthy's video projection, running off, applies a humanistic approach, showing, in one man’s reoccurring journey into the fog, that purpose is temporal, importance is transitory, and humans are as fatigued in repetition as animated GIFs are fatiguing when viewed. 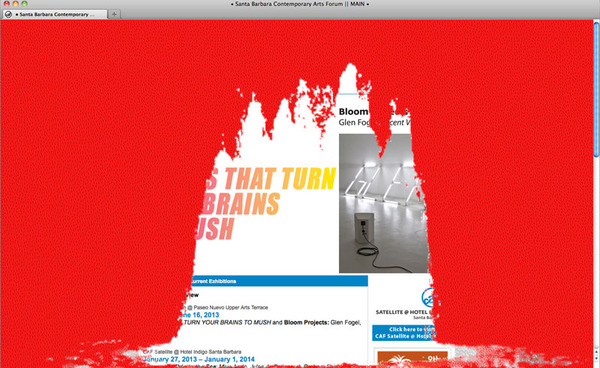 Conceived for online viewing, Tellef Tellefson’s Transparent Home Transplants randomizes animated GIFs on CAF’s website homepage, which bleed into the art institution's own informational offerings. Collapsing the distance between this media and how it is often seen creates both a communicative rupture and a fitting illustration of the exhibition's subject. Shown as well in digital frames within the exhibition space, Tellefson questions the effectiveness of an animated GIF viewed in non-traditional context; placement gains significance, for without it the animated GIF becomes a misdirected environmental irritant. 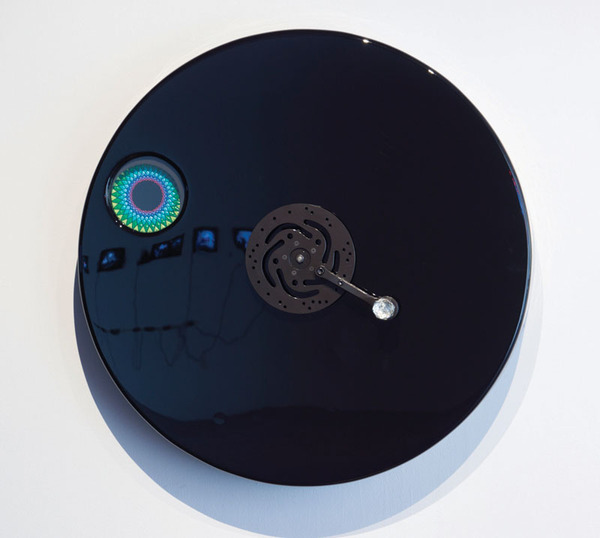 When cranked David Cooley's HYPNO-TROPE turns a rainbow inside out as an iris-shaped opening displays flickering psychedelic images. Because ingesting of this hypnotic drug is at one's own whim, the HYPNO-TROPE seems harmless, unable to encode traces that may impact negatively later on, while simultaneously providing relief in the form of a temporary suspension of time. As the color shifts and the circular pupil flattens into an oval, however, the work plays with the engrossing nature of repetitive images and suggests a hidden danger, the potential to become addicted to its mesmerizing affect.

Petra Cortright transforms an efficient communication device into a distraction by distorting a computer screen with unintelligible results—a mark of AI possession perhaps? Flashing animated GIFs of landscapes descend towards the bottom of the screen as if dripping through holes in Windows. At times, tiled floral patterns take over the digital space, and though playful and light in the viewing they reference the darker side of the organic where a virus resides. Here the computer is in control, recycling endless loops of instructions such as “door may be open”, “door may be closed,” and “cancel,” as if it won’t return from its System Landscape vacation until it finds such an action convenient. 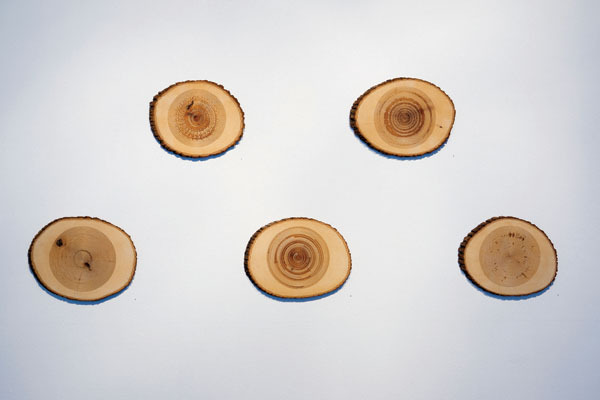 Johnny Troyna projects looping surfing and skateboarding videos, superimposed by semi-transparent orbs on rickety, round handmade screens. In contrast to the surfer’s linear trajectory, the skateboarder executes an eternal street plant sweep in an arc as graceful as any refined highbrow act of physicality. An evolutionary offshoot of surfing purported to be a "sidewalk menace” with “punks” for practitioners, Troyna’s A movement without all the movement exposes skateboarding as a meditative and elegant endeavor that has contributed a heretofore nonexistent discipline to our cultural practice and a unique lexicon to our vocabulary.

TTTYBTM shows that technological advances, including animated GIFs, are another way of understanding, sharing, and navigating the real and virtual world. Instead of affecting us negatively, these communicative methods are complex utterances contributing to a vibrant living language. In the context of an art museum, the artists frame the conversation around animated GIFs as non-threatening to the legacy of and a positive addition to respected, already established mediums. Just as the animated GIF is experiencing a rebirth, in the world of contemporary art this exhibition underscores that all mediums, like technology, go in and out of style in the ceaseless pounding wave that is fad, but their potential is ever alive.

Things That Turn Your Brains To Mush (TTTYBTM) is on view at Santa Barbara Contemporary Arts Forum through June 16. Within the context of the contemporary art world, animated gifs have been mentioned with greater frequency as a medium of interest in the last few months. ArtSlant recently juried an exhibition of animated gifs called <Error 415>  that opens at ArtPadSF May 17th.

Posted by Kimberly Hahn on 5/16/13
RELATED ARTICLES
COMMENTS (0)
ArtSlant has shutdown. The website is currently running in a view-only mode to allow archiving of the content.