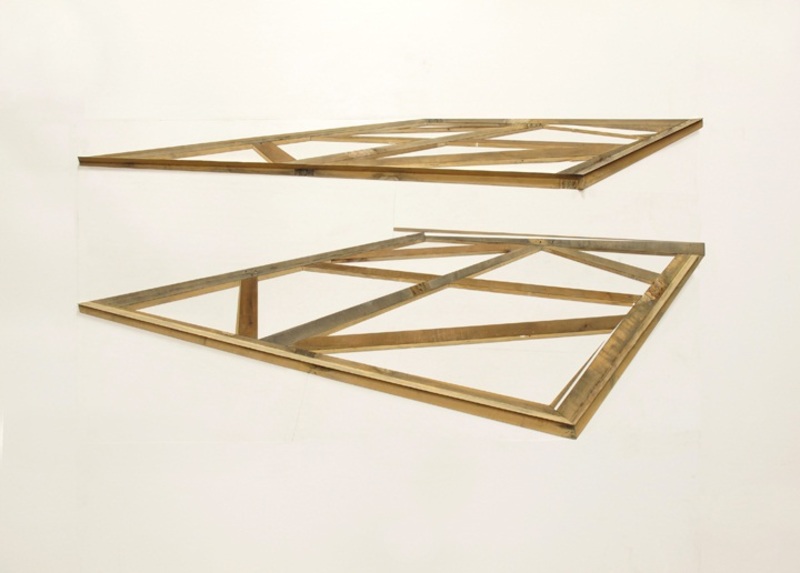 The Overlooked Object: An Interview with Michael Zelehoski at VOLTA

Michael Zelehoski won the ArtSlant Prize in 2009, the first year the competition ran. Since, his career has only been gaining steam, having two solo shows a year and making the rounds of the fair circuit. I sat down with him in his home/studio in Beacon, NY as he readied his installation, WALL ART for Ethan Cohen Fine Arts’ booth at Volta.

Joel Kuennen: Where were you at in your career when you won the ArtSlant Prize?

Michael Zelehoski: Nowhere, basically. [laughs] I was showing a little bit in local galleries in Western Massachusetts and getting a decent response but my work had no reach. The Art World is very tiny, for better or worse. It does make it manageable but it can be hard to break in. That ArtSlant show at Fountain in New York was really the exposure I needed. I got gallery representation almost immediately as a result of that show.

JK: Did you make sales?

MZ: No. None of us sold anything. Although I still, to this day, run into people who tell me they kick themselves for not buying at Fountain. [laughs]

JK: How has your work transformed since then?

MZ: At that point, I was just starting to figure out how to really transpose three-dimensional reality into two-dimensional space and how to do so faithfully, to represent the object as it would look from a real perspective, in real space. Then I started experimenting with ideas of fragmentation, composition, what the process of collapsing an object actually entails and leaving things slightly unresolved so that the viewer has a similar experience looking at a work as I did making it. We’re always visualizing things when we interact with reality. Our brain is making sense of what it sees as we change perspective, filling in the gaps. When you visualize a chair in your head, it’s pretty easy to see a chair. But the second you try to zoom in on it, or to focus on it in your head, it becomes fragmented. It becomes elusive. My compositions now resemble more of that idea of an object than the actual object in reality. 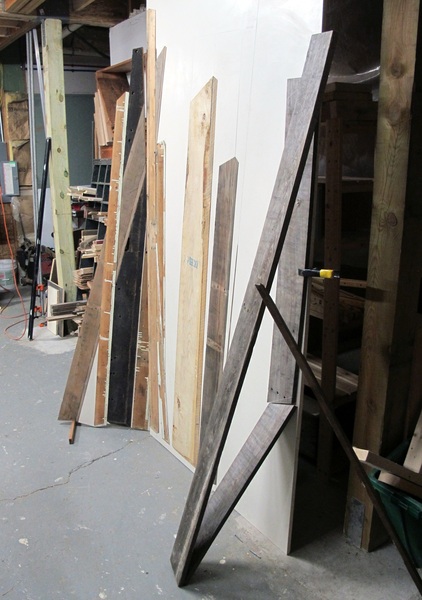 JK: What draws you to the overlooked object?

MZ: It’s much more meaningful to take an object that would be overlooked, one that doesn’t have a definite, specific universal meaning and reveal something. To bring those humble objects into the realm of art is meaningful for me. These objects are formally and phenomenologically interesting in their own right but easy to overlook. When you bring them into the picture plane, into this space that we associate with art specifically then people can look at a board, for instance, differently.

JK: A lot of materials you are using now in your work are structure, scaffold, what supports the artifice. We’re sitting here, surrounded by the unfinished walls of this studio and that reminds me of your work; it refuses the surface, through representing surface and thereby representing the structure behind it.

MZ: Yeah, absolutely. Building this studio was a pretty amazing experience. It coincided with the flattening of an actual building (Open House, 2012). So as I was collapsing a building into two-dimensional space, I was adding volume to this space. I find the structural underpinnings— everything that’s essential but invisible—of interest. I find the supports that a canvas is stretched on just as interesting as whatever has been painted on that canvas. To create illusion is legitimate but we live in a world where we are constantly bombarded by imagery already so to create another image and to labor over it through some obscure technology just doesn’t do it for me. If you’re trying to represent something, why not use the thing itself? Why not bring us back to materiality and the physical reality instead of bringing us farther into the abstract realm of pigment and light?

JK: What do you think is lost from representational abstraction?

MZ: It depends. Literally everything. Semantically, maybe nothing. There is a lot more to our interactions with objects, as with people, than just the visual. It’s also the phenomenological interactions we have with objects, whether we can feel the history of that object, in its very materiality, in the tree that grew, was cut down and made into something that lived a utilitarian existence as an object. When we come into direct contact with something, we can feel it on a level we perhaps couldn’t if we just saw a picture of it. 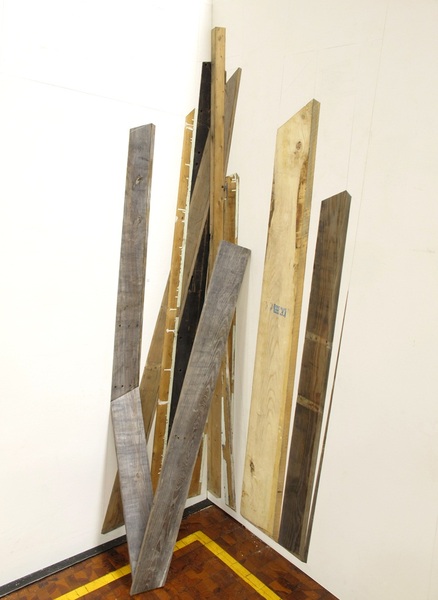 JK: You’re showing with Ethan Cohen Fine Arts at Volta, could you talk a bit about what you have planned?

MZ: I was playing with this idea of the Art Fair: they’ve become ubiquitous; they’ve become necessary. Artists can complain but it’s still true that they are necessary right now. They are a great way to see art, aside from obvious drawbacks, and a great way to show art and have a lot of people see it, but at the end of the day it’s a tradeshow and it’s all about commodification. In recent years, works have gotten smaller, safer. Galleries might be hurting, they need to break even so they bring work they know will do well, work that will scream loud enough from the walls that you’ll see it amongst the cacophony of other work and small enough that you can carry it out under your arm. It’s sad; I miss ambitious installations, work that might elude commodification and instant recognition – time based work, subtle work that doesn’t do well at fairs. Miami is a feeding frenzy and we sold out; it’s what we’re there to do but at the same time the contrarian in me wants to create a booth in which the work will be literally inaccessible, in which a series of objects that are associated with artistic production, objects that are basically a means to an end are going to become ends in themselves and literally built into the walls so they can’t be bought or sold. My gallerist, of course, asked, “We are going to sell them, right?” [laughs] I’m like, “Yeah, don’t worry about it, we’ll figure it out.” We haven’t really gotten there yet, but for the moment, it’s going to be a statement. Nobody gets anything.

JK: [laughs] He’s been really good about it?

MZ: He’s been a good sport. He made us money in Miami and I told him there would be some other work to back this up that he can sell off the iPad. For me as an artist, the long-term trajectory is much more interesting than the sale today or tomorrow. I’d much rather not sell anything now and make art that transcends in some way. That’s another issue with art fairs; your work is up for three or four days and then, if it's acquired, it may never be seen by the public again. I’m in a few collections now but I am just getting to that point in my career.

(All images:  Courtesy of Michael Zelehoski.)