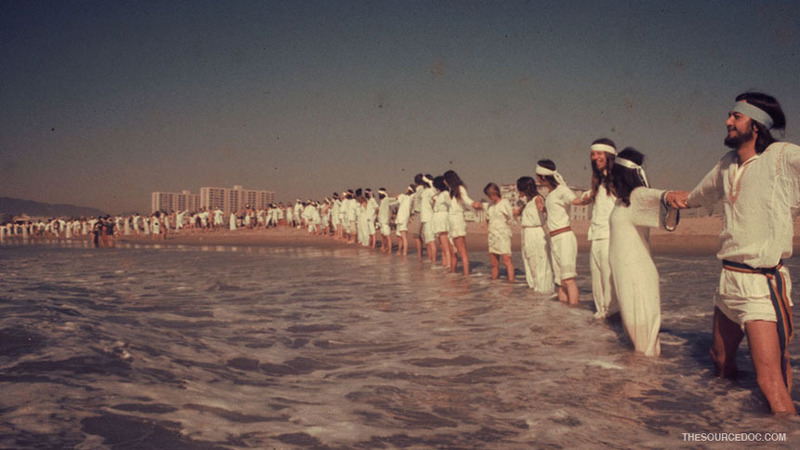 Art Los Angeles Contemporary – the name itself has a certain blankness, being obviously designed to blend into the range of similarly named art fairs that have proliferated with particular intensity since the 90s. Undoubtedly, the same complaints everyone has about these events will hold true here – there's the difficulty of seeing anything in such a saturated environment, the claustrophobia induced by the crowds, the distasteful commercialism...

To be sure, ALAC is at least as capable as any other fair of knowing self-mockery. One of the most widely praised pieces in 2012's incarnation was Anton Lieberman's  Land Periscope II. There, from the vantage of a panoramic overhead view of the exhibition space, the narrow corridors and booths that subdivided the Barker Hanger came to resemble a rat maze in the eyes of at least one visitor, as reported by Pedro Vélez on Artnet.

This is not to say, however, that ALAC lacks a sense of focus. On the contrary, in the absence of 2012's Getty-sponsored Pacific Standard Time initiative, the role of performance, that least-marketable of art forms, has been greatly diminished, with only two such events scheduled this year. In its stead, we have a handful of discussion panels and satellite events relating to Ceci N'est Pas, a five-month series promoting cultural exchange between France and Los Angeles, and a few screenings.

Out of the latter, perhaps the most buzz has been generated by PARIS, LA's presentation, on January 25th, of excerpts from Jodi Wille's and Maria Demopoulos' documentary on the Source Family, a utopian commune that operated a famous health food restaurant on the Sunset Strip in the 70s. Younger art fans likely know the organization and its charismatic founder, Father Yod, via their improvisational psychedelic rock band, Ya Ho Wa 13, whose music has become increasingly popular since its extensive reissue in the 2000s. 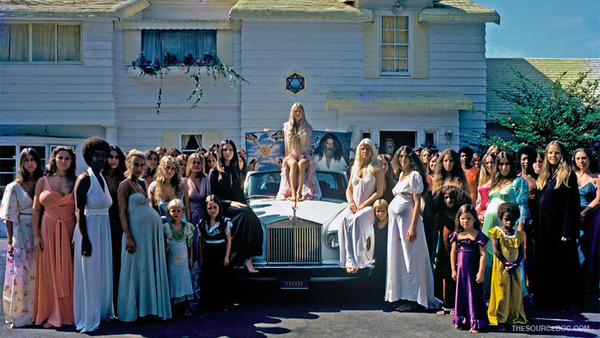 The documentary, which will see widespread theatrical release in March, promises to add much to our understanding of a group that provocatively bridged communitarian ideals and materialism, as famously seen in the photos depicting Father Yod, surrounded by followers, astride the hood of a white Rolls-Royce purchased with profits from The Source restaurant. The excerpts will be screened in the presence of an original member of the Family, Magus the Aquarian, offering a clear opportunity for dialogue about the legacy of the organization.

In advance of this discussion, let it suffice to point to the significant role that cults and occultism play in the Los Angeles imaginary, where the Source are often invoked as a more acceptable alternative to the far less morally recuperable Manson Family. What often comes to the fore here is the question of where the political begins to overshadow or negate the transmissibility of cultural production – there are, after all, those who see the Source Family's belief system and lifestyle as promoting a misogyny severe enough to disqualify their creative legacy from the realm of serious artistic phenomena.

In art, in life, what is acceptable? One hopes that PARIS, LA's screening will be able to raise exactly this question, casting into relief the cultishness of the enterprise of art fairs along the way.

Under the Radar: Isabelle Schneider | Amanda Ramsay | Lauren Singer
11/16/18
COMMENTS (3)
thank you
Hi Natalie, Thank you for correcting this. There was apparently an error in the press materials. All best wishes, Jodi
Comment by: jodiwille on Thursday 01/24/13 at 3:53 PM
corrected
Hello Jodi, thank you very much for reaching out. Happy to add Maria Demopoulos' name to the article. It's regrettable that her name, however, does not appear anywhere on the press materials provided by ALAC, so as you can imagine we were unaware that there was an omission at all.
Comment by: Natalie Hegert on Thursday 01/24/13 at 7:49 AM
Source Family credit error
Dear Editor: Jodi Wille here. Thank you for this article, but there is an important error in this text to correct: The Source Family documentary was directed by both Maria Demopoulos and me. I am not the sole director of the film--not by a long shot. The heading for this article should be "LA Cultish: Maria Demopoulos' and Jodi Wille's The Source Family." Thank you in advance for correcting this error.
Comment by: jodiwille on Wednesday 01/23/13 at 11:19 PM
ArtSlant has shutdown. The website is currently running in a view-only mode to allow archiving of the content.