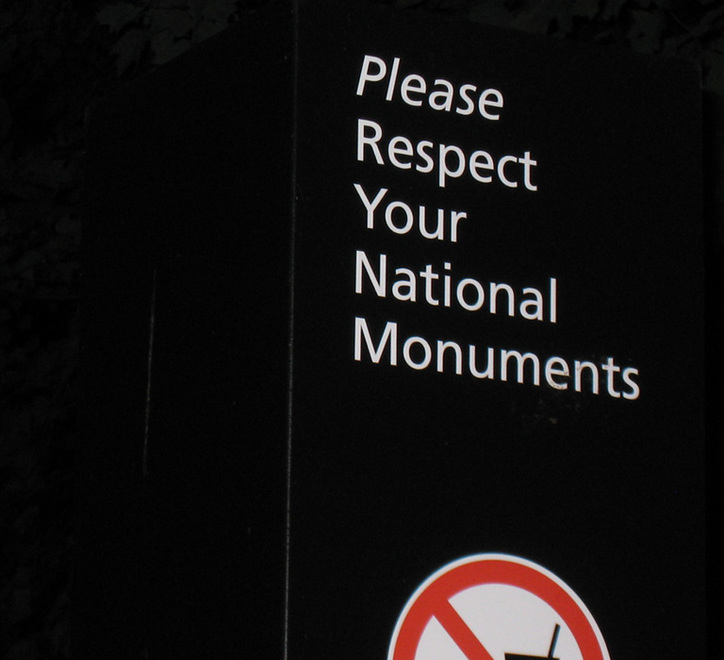 Please, Be Kind to Your National Monuments

Populating great boulevards and guarding doorways to draconian, bureaucratic buildings, plaza baubles and pigeon perches, ubiquitous and unavoidable, monuments make up Washington, DC. This capital’s become a concentrated, interlocking display of triumph and trauma, mammoth legacy down the street from mammoth legacy, histories weighty and impossible to re-conceive. There are grassy parks for freedom fighters. There are mourning stones carved with names, and names, and names.

Over there is a low, quiet space to memorialize Albert Einstein. Slumped, tired, in sandals, the famous scientist is a lumpy bronze. He looks wrinkled, as if he spent days in his notebook late in life... Strong medic sisters are bronze too. This group of statues is dedicated to women, women soldiers like these nurses who clutched at eviscerated bodies, listened to last breaths. 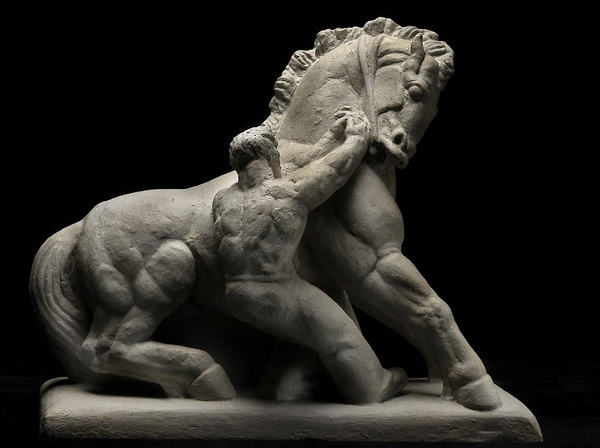 Trade commissioners are now stone. Thick-legged, shirtless, these judicious financial regulators were so dependable they risked getting stomped. They pushed back wrong-way horses; they strained to hold these tall, unthinking Clydesdales. Without regulation, the horses would have rushed mad into the Saturday market, smashed plywood stalls, crushed small farmers’ yields.

Greatness exists as a continuum, a string of people, hard-as-nails watchdogs and non-conformists. Some of these tireless men and women are now preserved as monuments. Each monument is a cleaned-up version of the person, generalized, aestheticized, a form to represent a people, a time, an exemplary passion, a forward-looking ideal. Monuments and memorials are memory markers, assistants for remembering.

But even with the help of its monuments, humanity is terrible at remembering. If humanity were any good at remembering, it wouldn’t need monuments to begin with. History is somehow forgettable. Context evaporates. The world grows up around monuments. The site surrounding a monument changes.

The General still looks pretty good from the ground. He is up on a pedestal, the great and inspiring orator. His boots at head-height, his left hand is a clenched fist. Eyes set, mid-stride, his chest is a massive, deep-grey expanse. From below him, looking up, he still looks formidable. Yet, he is now somehow over-dressed in three-cornered hat and buttoned-up doublet. He seems to be mumbling. He is lonely and furious without his army. Without his ranks and without his Lieutenants, the General is stuck behind a tree.

Perhaps a monument is at best a plea, a draft, a chalkboard sketch, a stand-out, a visual reminder. A great monument or memorial could actually be a small thing, simple; it could be an alarm clock. It could wake people up.

Here is the People’s Building. Here, inside this building, the horse always bucks off the Sergeant. Here are late-night discussions. Here are sharp pencils. Here is every kind of author and so, here too is every kind of contradiction. Here, by signing declarations, the signers inevitably sign their own death warrants. In the People’s Building, the “we” wins. Every conductor advocates for the orchestra. 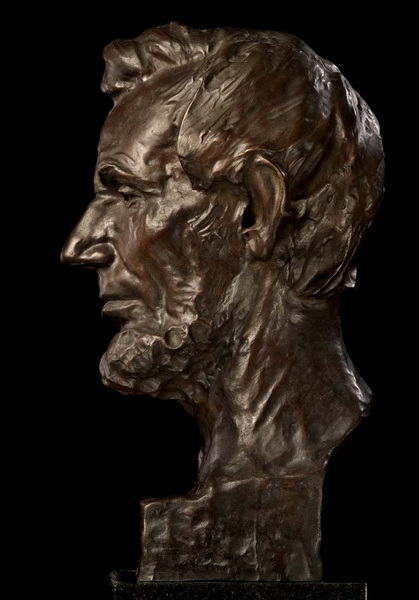 The People’s Building is right on a main thoroughfare, but it is still hard to find. It houses the Mental Health Section of the Office of the Attorney General. Or, at least, at one point, it did.

How do I get to the Mental Health Section?

Those large letters lose their sticking power and fall from time to time. In 2008, a few workers replaced the fallen letter form, “U.” Turns out, the “D” is missing now. Regardless of what really happens inside that building, though, the building seems to hold possibility. The words on the front of the building seem to say: “Come in. Sit down inside at one of these tables. Do a little planning. Fill your cup. Participate freely.”

The artist and French revolutionary Jacques-Louis David worshipped freedom. In 1793, David wanted the debris of tyrant’s statues everywhere. He wrote that he wanted to re-shape Paris “so that they who travel through this new land with a didactic purpose, will say: ‘I once saw kings in Paris, the objects of a humiliating idolatry; I went there again, and they were no more.’”

According to David, the neck of every figurative monument is perforated. The head can always be removed. Monuments and memorials are not epic or intimidating. They are inherently vulnerable. It is great kindness to attempt to shake their histories free.

Under the Radar: Miika Nyyssönen | Amber Renaye | Stanton Hunter
11/2/18
COMMENTS (1)
so spot on bud oh
But even with the help of its monuments, humanity is terrible at remembering. If humanity were any good at remembering, it wouldn't need monuments to begin with. History is somehow forgettable. Context evaporates. If only one of human ponders what you have said, further....then the great answer doth dawn. There is no such reality as 'independence'.
Comment by: John Dunn on Friday 10/26/12 at 6:24 PM
ArtSlant has shutdown. The website is currently running in a view-only mode to allow archiving of the content.