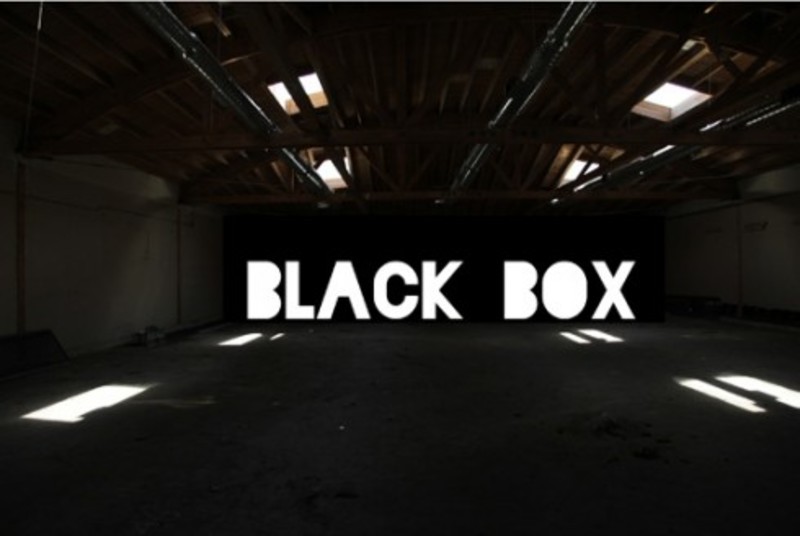 Liz Glynn: Black Box; 8pm - 2am each night of the PST Festival

On the horizon as a part of the Pacific Standard Time Performance and Public Art Festival, a project orchestrated and constructed by Los Angeles artist Liz Glynn, Black Box, will open. Black Box is a series of performances, screenings, music and social gatherings, that will take place each evening at a warehouse location on Highland Avenue, a kind of party after the party for the Festival’s full list of events.

Glynn, who has staged performance series everywhere from the hills of Lincoln Heights (where actions took place around a large-scale pyramid built of reclaimed wood pallets) to more institutional settings such as her MOCA Engagement Party this past fall, says the inspiration for the Black Box event was Public Spirit, Los Angeles’s first major performance art festival, organized by LACE in May and October of 1980. She became familiar with the festival while doing research for another project currently underway at LACE. Glynn was struck by the similarities between the way Public Spirit was organized and the way other artist-run spaces and projects she’s been involved with are run today, finding that things had not changed very drastically. This led her to the premise for her own project, one that is less concerned with restaging performances of yesterday and instead, more interested in highlighting a continuum and creating dialogue between the past and the present.

"The idea was to create a temporary warehouse space similar to the spaces that had been used during the first festival and do a series of performances there,” Glynn says. “A mix of some that are loosely based on or inspired by the original festival and others that are by new, younger artists, as well as conversations and other actions by some of the artists from the original.”

Thirty plus artists will take part in Black Box though Glynn is trying to keep the list of participants secret for the time being. The space on Highland, which she noted is reminiscent of DTLA, a warehouse venue formerly in Little Tokyo that was used by artists in Public Spirit, will be open late into the evening each night, with one scheduled video screening going into the next morning. Glynn constructed a main performance area, as well as a private loft arranged for smaller, more intimate performances and a bar that will serve cheap drinks in hopes of encouraging people to stay around. Of the venue’s design she says: “There are a lot of things that create different side spaces or different types of social environments and the space is meant to orchestrate a certain variety of social dynamics but it’s not fascist architecture. It’s open to be claimed and taken over and used in radically different ways by different people.”

"There’s a lot of chance involved, which is kind of terrifying but instead of stepping in and fixing it halfway or trying to have control over it if someone gets up and does something totally insane, I generally try to just step back and let It unfold,” she says of her general ethic in overseeing performances in the environments she creates. “Because the projects are kind of social and anarchic, if I’m responding a certain way to something, there’s usually someone else in the space who wants to step in. It often happens if I have the thought, someone else will jump over me and do it. I will probably not be anywhere near the stage though; that’s my usual mode of operation.” Black Box opens January 19th.

Posted by Kate Wolf on 1/18/12
RELATED ARTICLES
COMMENTS (0)
ArtSlant has shutdown. The website is currently running in a view-only mode to allow archiving of the content.