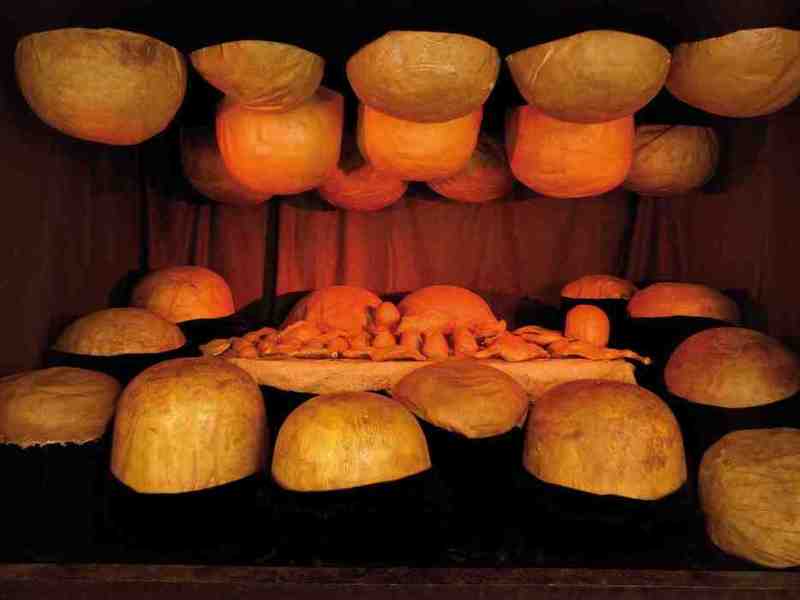 I have always wanted to see this piece in person. When photographed, it seems so huge, but in actuality it is an intimate size. To me, this piece and the narrative around it, is one of Louise Bourgeois’ most important and telling pieces. It speaks very much of her deep interest in psychoanalysis, her personal history and her unique technical abilities and style.

Louise describes the narrative of this piece as “The children grabbed him [the father] and put him on the table. And he became the food. They took him apart, dismembered him. Ate him up. And so he was liquidated…the same way he liquidated his children. The sculpture represents both a table and a bed.”

Louise was greatly affected by her father, a man who was very dominating within the family, but was not trustworthy, as he had an ongoing affair with the family’s nanny. The duplicity of the structure as a bed and as a table is extremely interesting. They both function as important parts of the home, but in very different ways. One is a semi-public space, the dining table, and the other, private, the bed (especially the bed that the parents share). The table, according to Louise, is “the table where your parents made you suffer. And the bed where you lie with your husband, where your children were born and you will die.” The bed seems to also represent the bed of the father. Louise creates the image of the disgusting, skin-like bed which reflects her feelings about her father corroding the bed that he shares with her mother by cheating with the nanny. The father is destroyed by what he has done in the bed. Louise also often speaks of eating, her children for example, and is possibly using the dining table reference as a suggestion that she would eat her father in order to destroy him and end his infidelity. This piece not only speaks about her father, but about Freud’s theories about women. To my understanding, this is a retort to Freud, saying that she did not want to kill her mother and marry her father, in fact maybe she wanted to destroy her father. At the same time, the desire to eat her father could reflect a desire to always keep him with her, to never allow him to leave her or betray her.

Under the Radar: Miika Nyyssönen | Amber Renaye | Stanton Hunter
11/2/18
COMMENTS (1)
In person
I'd really like to be up close to this piece; the textures seem integral to the meaning as well as the subtle flow of shifting color values.
Comment by: Auguste Hill on Monday 05/11/15 at 4:40 PM
ArtSlant has shutdown. The website is currently running in a view-only mode to allow archiving of the content.