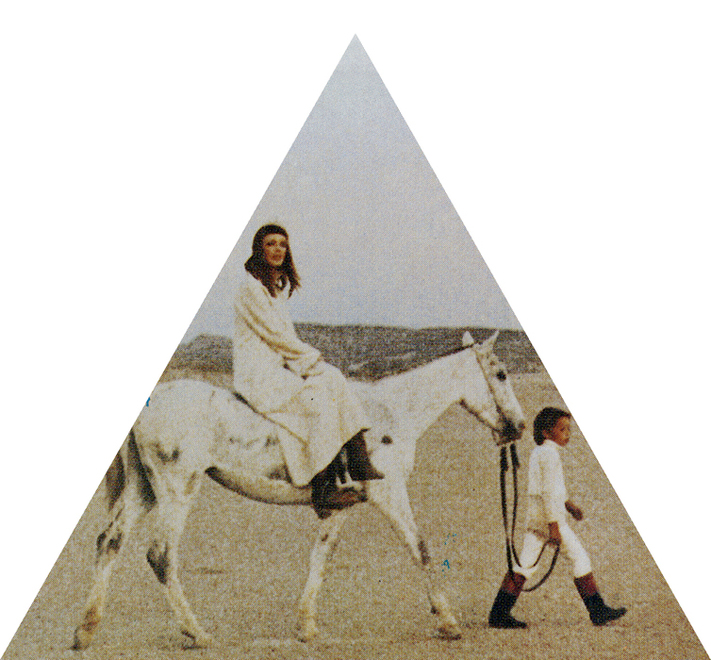 Desertshore. Everything turns to sand - dry and parched. Writer/curator Jan Tumlir curated “Desertshore” at Cal State Los Angeles’ Luckman Gallery with Nico’s 1970 album in mind. All 15 of the artists featured in the show are Los Angele-based artists and it shows. It really makes sense; we live in a city built on top of a desert, kept alive by constant rebirth.

The works deal with urban and desert landscapes, destruction, decay and rebuilding. Parts of the exhibition summon thoughts of Mad Max, although everything is much more put together. There is something about the desert that reminds me of the apocalypse, and the works in the show function like set pieces and documents of such an event.

Andrea Zittel’s A-Z Wagon Sation customized by Aaron Noble, with help from Susan Noble, looks like a polished, never used, shelter from the future. Simple and rugged enough to be used as a shelter in a desert, and consumed with a futuristic mechanical design by Noble. The structure truly looks like a set piece from a movie like Children of Men. Mungo Thompson’s “Einstein #1”, a comic book completely devoid of figures, depicts space-scapes and empty space shuttles. It looks as if the figures were removed and everything around them froze and will hover in empty space for eternity. Talk about the apocalypse. Another set of work by Andrea Zittel is her smocks, which also seem to be pieces from a film. Her four wool dresses are artfully ragged. They resemble fabricated versions of dresses tattered (only at the bottom) by struggle or use. They could function as costumes for the character of some princess of a destroyed world.

All of the pieces work into the story of a world devastated. Amir Zaki’s photographs of demolished or destroyed homes; Euan Macdonald’s somber short film of a snail slowly making it across the screen, only to start over again; Brad Spence’s luminescent paintings of everyday places, as if they are now ghosts; and Christopher Michlig’s

Destruction and Negation pieces all talk about destruction, death and rebuilding. The only figures in the entire show were in Charlie White’s photographs where the figures seem to stand as specimens of something lost, and in Harry Dodge and Stanya Kahn’s film “All Together Now” in which these beings are cast as survivors exploring the barren wasteland of a future Los Angeles.

I guess it’s true; everything does turn to sand, and then we rebuild it.

Posted by Sasha Bergstrom-Katz on 10/6/08
RELATED ARTICLES
COMMENTS (0)
ArtSlant has shutdown. The website is currently running in a view-only mode to allow archiving of the content.