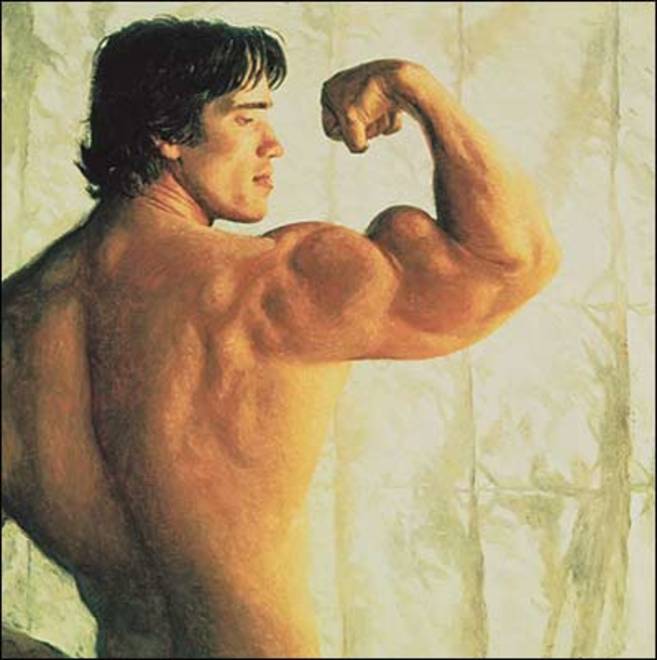 Tradition holds that each governor may select the artist to paint their portrait so the portrait reflects the individual governor's personality. However, along with that tradition are recommended criteria the artist should be willing to abide by. The overall effect or appearance of the portrait should be in harmony with the Capitol's dignified surroundings, and the physical size of the portrait, as well as the style of the frame, should be in keeping with its predecessors. The portrait is to be done with competence and sufficient artistic merit.

The great portrait artist William Cogswell, who eventually depicted President Abraham Lincoln in the 1860’s, was asked to paint the portraits of the first nine governors of the State of California. No one had thought to paint the governors while in office, so Cogswell was informally invited by the legislature to do so for posterity’s sake. It wasn’t, however, until 1931 that a section of the California State Government Code authorized the purchase of portraits of governors previously not portrayed as well as each governor upon retirement. The code specified that new works were to be (specifically) oil-based, of an appropriate size, framed and hung in ‘appropriate’ spaces throughout the Capitol building.

This is of interest, if only because the first aesthetically engaging of these portraits was done for Governor Moonbeam, the once and (maybe) future Governor of the Great State of California. At the time, the painting by Don Bachardy caused a bit of scandal. An openly gay artist painting a confused, abstract portrait of Governor Brown, anathema to the stiff decorum of Sacramento. I wonder who will paint Jerry Brown's second portrait, should the opportunity present itself.

Of course, this wasn’t the first governor’s portrait to create uproar. The portrait of Governor C.C. Young by Hans Meyer Kassel in 1947 portrays a governor for the first time outside the confines of the Capitol office, which seemed some kind of  hard-to-fathom sacrilege at the time. But then atheist Governor Olson, also painted by Hans Meyer Kassel, is seen standing in an nondescript space with his hands fondling books of law. Earl Warren’s 1953 portrait by Howard Smith caused an hullabaloo because it depicts him as Chief Justice and not governor, which was viewed as an insult to his office. For a short time, with Goodwin Knight and Edmund Brown – Jerry Brown’s father – things seemed to return to normal. However, with each new portrait, the personalities of the governors were beginning to show through the staid exteriors of bureaucrats who held the august office.

The conservative Republican images of Reagan and Deukmejian are in huge contrast to the wild abstraction of Jerry Brown. And while the Republicans are staunch and upright in their portraits, Pete Wilson poses casually with his hands in his pockets. But, something radical happens when we are presented with Gray Davis’ portrait: he stands with his jacket draped over his arm in a field of poppies far away from the Capitol, an acknowledgement of his recall as governor, but the painting is also a portrayal of someone comfortable and at ease with himself, and is a truly psychological portrait.

This leads to the current governor, Arnold Schwarzenegger. Who will he select to depict him – in all his glory? There already exists an exquisite portrait of Schwarzenegger the body-builder done in 1977 by Jamie Wyeth. Were they alive today, perhaps Richard Rubenstein (of Interview cover fame), or even Andy Warhol himself, could have painted the official portrait. Since post-Studio 54, Schwarzenegger has been good friends with both Hiro Yamagata and Gottfried Helnwein. I would guess that the two would be on the short list. However, Yamagata has moved from post-pop portraiture to light, laser and installation-based work shown recently at ACE Galleries. On the other hand, in 2007, on behalf of the State of California, Governor Schwarzenegger received the somewhat traditional landscape painting Death Valley, 2002-2006 by Helnwein, though the Governor's fellow countryman is not without controversy. His 1996 Epiphany I (Adoration of the Magi) is said to depict another famous Austrian, Aldof Hitler.  Helnwein has not been timid in addressing Austria’s Nazi past. Given his style of hyperrealism, I would not be surprised if he is chosen to paint the official portrait. This would be a similar break with tradition as was Brown's work, but given the history of this Governor and the unorthodox nature of both his personality and his ascension, a traditional portrait would seem out of place. But then again so does Schwarzenegger.

Posted by Calvin Phelps on 3/8/10
RELATED ARTICLES
COMMENTS (0)
ArtSlant has shutdown. The website is currently running in a view-only mode to allow archiving of the content.