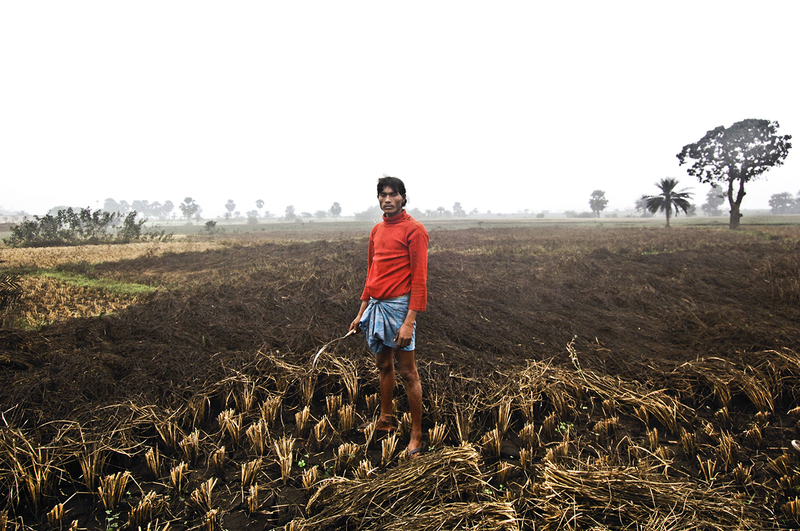 In 'GHAR' (Home), Javed Iqbal captures the politics of the land

Late September saw a week of photography in Mumbai - shows and talks. At the National Centre of Performing Arts, Mumbai photographers Ketaki Sheth and David Desouza, and Magnum photographer Abbas, spoke about their work. Judith Mara Gutman, whose book, Through Indian Eyes, was one of the first that told the story of indigenous Indian photographers, spoke at length, about how pictures were taken, sourced and archived. For photography enthusiasts it was a primer to FOCUS Festival Mumbai that will be held over a fortnight in March 2013; Mumbai's first non-commercial festival dedicated to photographers from India and abroad.

A show curated by Gitanjali Dang's 'Khanabadosh' ('an itinerant not-for-profit arts lab') of Javed Iqbal's photographs at Studio X, received the most footfalls of all. Iqbal captures the tumult that is India, as a country that is seemingly at war with itself. His middle class comforts behind him, he takes us into remote interiors and to urban backyards in Mumbai. Both are tied together in the title 'Ghar'. Ghar means home in Hindi, and its intimate connotation belies the immense upheaval of the displacement of people the area has seen, one UN report puts those displaced by development projects since independence at 8 million.

Apart from the stories they represent, the photographs themselves are stories. Iqbal captures the horrors of demolition, of caste and class burnings of residences and land destruction, yet he also catches the survival of humanity. Among broken walls, a child still freewheels a handstand, plastic chairs group people in half standing walls as they watch television amid ruins. One has to constantly remind oneself that this is not Beirut or Vietnam, but Mumbai and Central India. A conservationist's lament on the red dust from the mining of iron ore on Hampi's magnificent temples seems ridiculous when faced with an image of a man in Jharkhand, standing in his coal dust-ravaged paddy field, a livelihood lost. In Mumbai, images capture the harsh realities of demolition drives in slum redevelopment schemes, where authorities and lives clash, Iqbal catches the wretchedness wreaked on the emotions of both. 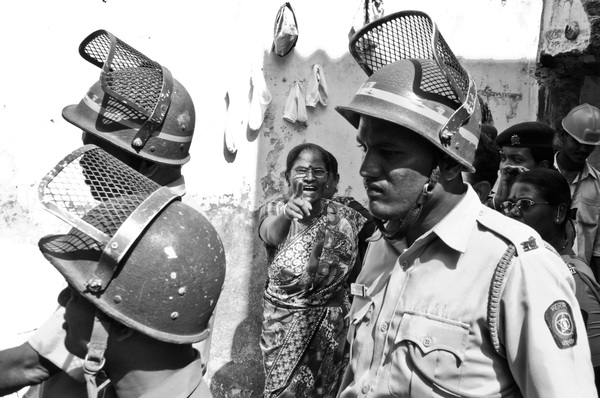 Deepika Sorabjee: This week I heard Abbas speak, who's been a member of Magnum since 1986, and recorded many areas of conflict. It struck a chord with your work. This is a photography exhibition, yet there's politics in your practice. Are images and reportage equals?

Javed Iqbal: The fact that some people think I'm just a writer and another group thinks I'm just a photographer says a lot. And for me, I think both images and reportage go together, photography becomes the evidence the reportage concerns and the reportage becomes the much needed context the photography needs. I have always been a little agitated with the saying 'a picture speaks a thousand words' when it does nothing if you separate the political context from the subject, the deeper meanings and histories that your image can't really represent, and photography has a higher tendency to feel orientalist than writing, and once again, it's an evolutionary process for the viewer, writer, photographer.

DS: There's something about images that bring stories to our doorstep more than the written word or television, TV images fleet past our dinner times. But images of, say, a Robert Capa, live on and conflicts are remembered. Yet in remembering Capa, one also remembers the dangers. Are there restrictions you've faced at times, from authorities and just survival in remote areas?

JI: Yes, there are dangers in the work I do, but ours are not as pronounced and dramatic as the ones the Capas, The Bang Bang Clubs, or the Tim Hetheringtons or the Chris Hourndros go through. We have no flak jackets or falling artillery. We have no embedded journalists where we can become victims of a Maoist ambush. We have malaria and the repression of the press by the state. We have false cases and arbitrary police violence. We have Rupert-Murdoch-meets-a-dehumanized-mainstream press that asks for violence first, humanity later. We have a brainwashed middle class that responds to 'unconventional truth' with nouns (anti-development, anti-state) rather than paying attention to details.

DS: Do you revisit sites? You have documented conflicts that are unfolding, and while the immediate cause and effects are known, they form an archive of the times we live in, which perhaps may be just part of a story unfolding. Take Mumbai. The towers that replace the demolished shanties will be the only manifestations of what once was. Would it interest you to go back and document these very sites to complete the story?

JI: I often revisited sites, those closer to home more often than those far away. But more than the 'sites', it is the people I revisit. And sometimes, the people visit me. The city can transition from this to that, but those transitions have not taken place so dramatically since I have been working on the issue, due to some success by the residents of disputed projects whose aspirations for their rights have stalled the projects.

The towers, and my need to shoot them, will have to wait.

DS: You caught moments of heartbreak. Has there ever been a situation, as it unfolded, where you've had to stop because emotion or sensitivity took over, or were you first and foremost a photographer and recording the moment was of paramount importance? 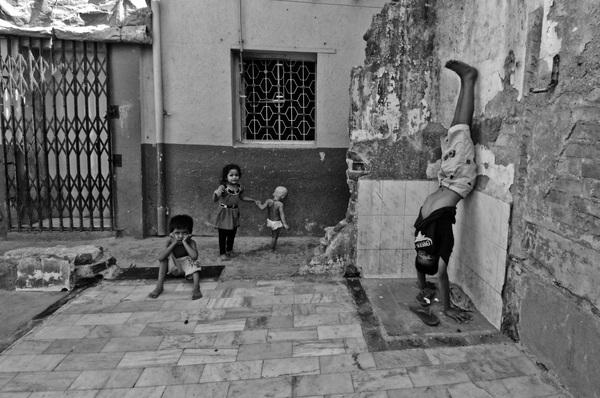 DS: 'Ghar' is a very intimate, personal title for this exhibition. Yet, the displacement that 'Ghar' captures, both in the rural and urban areas, tells of an immense upheaval going on. Having been at the frontlines, how has this affected you on a personal level?

JI: One thing is, that this upheaval has been taking place for years, we're just not paying that much attention. Mumbai, in 2006, was witness to the demolition of 80,000 homes in two days. There are demolition drives almost every other day in some part of the city or the other; as for the 'civil war', one should just look to our alternate histories, a glance at all the caste massacres in Bihar, the firings in Kashmir, or that almost every time that people go and march on the streets in any part of the country, there is a tendency for the police to open fire. A recent Right To Information query I filed, gave me a very telling answer. That since 1991, there have been 9096 incidents of police firing for curb protests and 'riots', and this with a little investigation, you'd realize is bullshit information. There are more.

We are a country almost always at war with itself.

But to be brief and not a French novel, I have faced heartbreaks no human being should bear, but I have also lived through euphoria.

(All images: Javed Iqbal; Courtesy of the artist and Studio X.)

Posted by Deepika Sorabjee on 7/18/13
RELATED ARTICLES
COMMENTS (0)
ArtSlant has shutdown. The website is currently running in a view-only mode to allow archiving of the content.