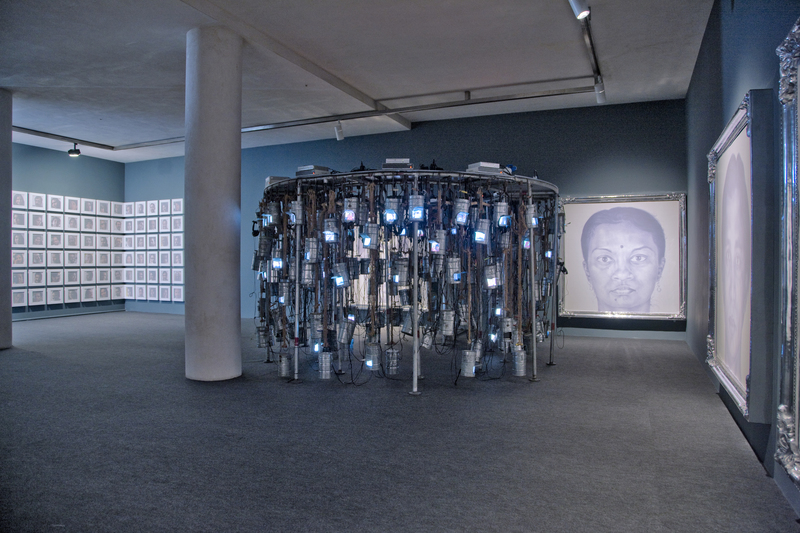 All Five and Counting

When pressed to their limit, the human sense organs usually play tricks on the human mind that could range from illusion to hallucination. The exhibition at the Gallery 320, titled Census of Sense, plays with human responses towards made objects seeking a reaffirmation by projecting artists’ compartments. Some make you see deeper and some make you hear more closely. More than evoking the primary senses of the body, the exhibition elicits feelings such as nostalgia, playfulness and a sense of style.

The artists on display deploy remarkably diverse sensibilities.  The works of Sumakshi Singh, Sonuj D and Nandan Ghiya evoked nostalgia though the depiction of familiar objects and a sense of personal history.  Soazic Guezennec’s work, on the other hand, unnerves the viewer through uncanny re-contextualization, as her Anthropological Box series where glossy images of businessmen and technocrats sliced from magazines (and often their heads), and assembled in brown collectors cases like so many insects.  Princess Pea’s Nayika series displays the artist's now playfully recognizable avatar in a delicate set of compositions not unlike Mughal miniatures.  Bose Krishnamachari’s installation Ghost/Transmemoir animates the concept of montage on a grand scale that reflects the city in flux and serves in many ways as the centerpiece for the exhibition.

By capitalizing on the viewer's basic senses, the curator Veerangana Solanki has successfully broken down conventions of viewing practice and allowed for a rich panoply of interpretations from trained and naive viewers alike.

(Images courtesy of Exhibit 320 and the artists.)