Patricia Araujo was born in Miami, Florida, the daughter of Colombian parents. She grew up in Bogota, Colombia and she began drawing at a very early age, always intrigued by architecture and form. After completing high school in Bogota, Araujo moved to Northern California and studied architecture, painting, and photography. In 2005 she obtained her second B.F.A in Painting, from the San Francisco Art Institute.

While living in San Francisco’s SoMa (South of Market), I witnessed the changes taking place in this redeveloping neighborhood, and found myself enchanted by the rich architectural history of that area and the decayed beauty that remains. For over a decade, I’ve painted the facades of both iconic city landmarks and downtown buildings and continue to incorporate them into my new works.

My recent SoMa paintings are inspired by the diverse architectural styles of both old and new - from Beaux-Arts to Art Deco, to factory warehouses and industrial sites, and now in contrast with the new high-rise and commercial buildings that continue to be built and expand for a new city. These works are painted individually and some collectively, capturing panoramic views of buildings in the South of Market and beyond, including notable landmarks like the Federal Building, Transamerica Pyramid, the Marriott Hotel, the InterContinental Hotel, and the tallest residential building in the city - One Rincon Hill.

These paintings highlight the exteriors of complete structures and also depict architectural fragments. Their style is largely abstract. Playfulness of forms, juxtaposed against painterly skies. Painted by bright colors opposing to its usual grey fog and in the hopes to bring an uplift from the blight that has been present.  A marvelous city, that is in constant flux. 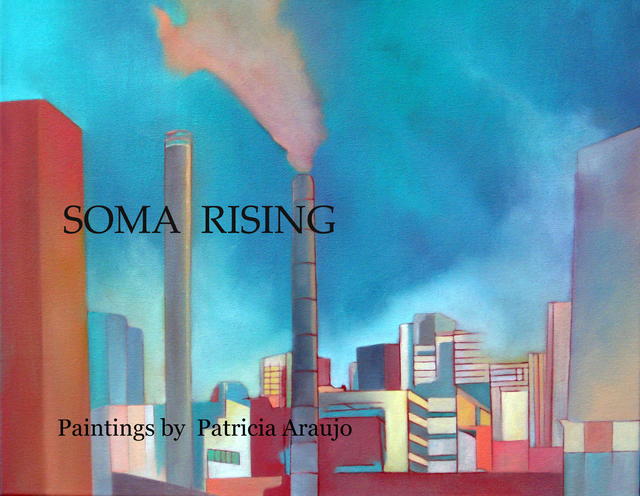 "Patricia Araujo began photographing, drawing, and painting San Francisco's SOMA (South of Market Street) almost as soon as she moved into the neighborhood, during the late 1990s. Her work has been based on drawing in general and architectural drawing in particular. She studied architecture before she studied painting, and since the San Francisco neighborhood where she lived has many interesting buildings, some of them architecturally distinguished, it seemed natural that she should begin by painting what she saw every day".

"Beyond her own neighborhood, San Francisco as a whole can easily be seen an architect's dream city. SOMA Rising explores architectural practice as both imagination and sometimes sad reality. But it ends on a hopeful note: accepting the inevitability of change, its rooftop views show us the city from a vantage point that in itself speaks to the possibility of growth and renewal." ~Jerome Tarshis

SOMA RISING, features selected paintings by Araujo of her continued interest in the facades of both iconic city landmarks and abandoned downtown buildings. Some of them refurbished and put back into active use, some of them still-handsome abandoned buildings. Featured favorite landmarks by Araujo include the Golden Gate Theatre, the Warfield, the forgotten Fox Theatre, Hibernia Bank, the Old Emporium dome, the Old Mint, the 33 New Montgomery Clock, and the PG&E Power Plants of 6th & Jessie Streets. This book finalizes by showing her latest series of paintings of rooftop views seen from SOMA Grand, a high-rise luxury building centrally located in SoMa, which captures fantastic panoramic views of buildings in the South of Market and downtown districts, including notable landmarks like the Federal Building, Transamerica Pyramid, the Marriott, the InterContinental Hotel and the tallest residential building in the city - One Rincon Hill. Her paintings pay tribute to a marvelous city that continues to rise! 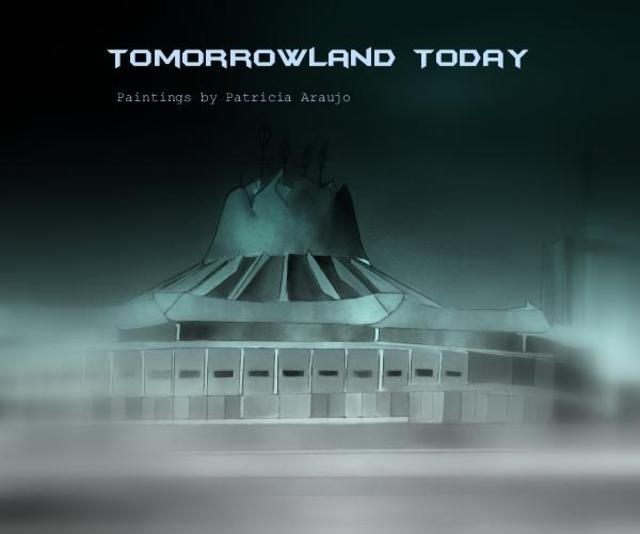 "This series of paintings by Patricia Araujo is not a realistic depiction of any one Tomorrowland at any single point in time. It is, collectively, an artist’s fantasy, like a theme and variations in music, about the imaginative act involved in designing a representation of the future, seeing it built, seeing it get older. It unobtrusively reminds us that looking forward and looking back are closely connected.”
From the foreword by Jerome Tarshis. 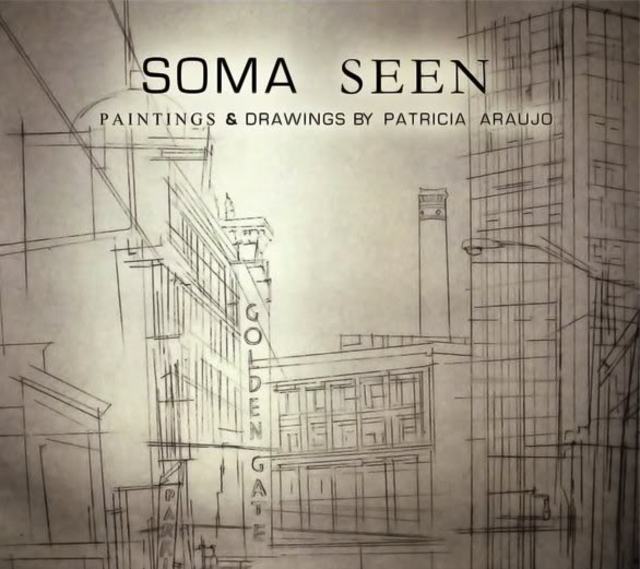 “Araujo reminds us that the buildings of our cities' commercial neighborhoods were architects' fantasies before they became assertive new realities and then, after the passage of time, objects of nostalgia. All three stages of that evolution live side by side in this book. These paintings and drawings depict praiseworthy examples of San Francisco architecture, some utilitarian and others grandly ornamental. The book as a whole reaffirms the city's daydream of itself as a uniquely beautiful amalgam of past and present.” Jerome Tarshis, Art Critic

SOMA SEEN is available for purchase online at Blurb Publishing and at the following bookstores in San Francisco:Green Arcade Bookstore and at William Stout Architectural Books.