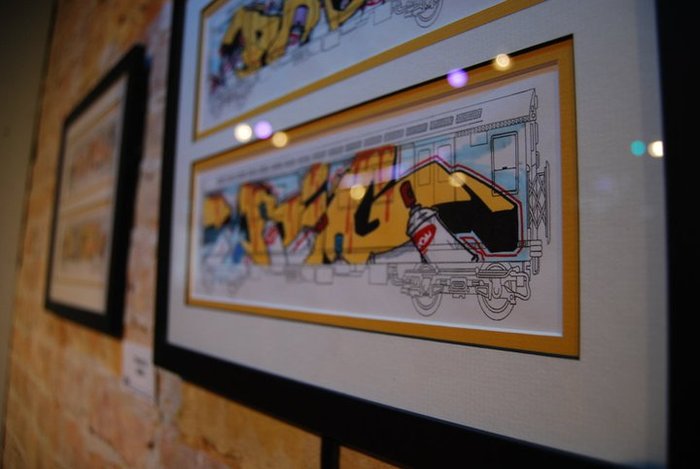 My journey began the summer of 1979. I started out like most, just writing my name around my neighborhood, but I just heard the subway calling. At that time Graffiti was in full swing. I can remember clearly seeing the sides of subway cars, covered with masterpieces going by, one after another. Some artists stood out more than others. What you saw was definitely raw and up in your face, which is the true essence of what Graf stood for back then and still does to this very day. You had writers from all races, both rich and poor joining together to carve their own niche into what was a flourishing culture.

My work has appeared in Graffiti books, numerous Graffiti magazines, The Source, The Washington Post, The New York Post, as well as a few Graffiti videos; but it was the book Subway Art, which is the most recognized throughout the world that caused a turning point in my career. It was through the FX Crew Documentary video that I had the greatest influence on my fans all over the world because they were now able to place the name with the person. I was able to show who I was and what I stood for, and that was a Graffiti Artist who remained true to his roots and still does today.