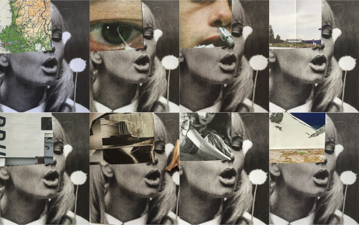 Sam Heydt, (born April 20, 1986) is an American social practice and new media artist born and raised in New York City.  Although currently residing in Vienna, Heydt has lived and worked in Paris, Venice, Amsterdam, Athens, Buenos Aires, Sydney, Udaipur.  After completing her studies at Parsons School of Design (as well as Cooper Union, Universidad de Buenos Aires, La Sorbonne and the Universiteit van Amsterdam), she founded Jane Street Studio, L.L.C. in the Meatpacking District.  Since established, the company has expanded to provide both design and marketing consultation in addition to photography and art direction.  It's growing roster of clients span Europe, North & South America, Asia and Oceania. In addition to this entrepreneurial undertaking, she has attended artist residencies in Iceland, Australia and New Zealand; and has undertaken a range of altruistic, non­-profit work - the most recent being in Rajasthan, India where she helped produce a documentary on child prostitution.  As a fine art photographer, Heydt has exhibited in a constellation of galleries and museums throughout the world and is in the permanent collection of the State Hermitage Museum, St. Petersburg, Russia.  For Heydt, illusion won’t free us from reality, even as the sustained narrative of tabloids becomes history and the myth of progress continues to perpetuate invisible violence.  The transformation of the global landscape under the weight of industrialization is central to her work, as is the residual of consumption, the mutability of history and the material inequalities of a world reduced to a bottom line.

LACDA - Los Angeles Center for Digital Art
BROADWAY GALLERY
ArtSlant has shutdown. The website is currently running in a view-only mode to allow archiving of the content.